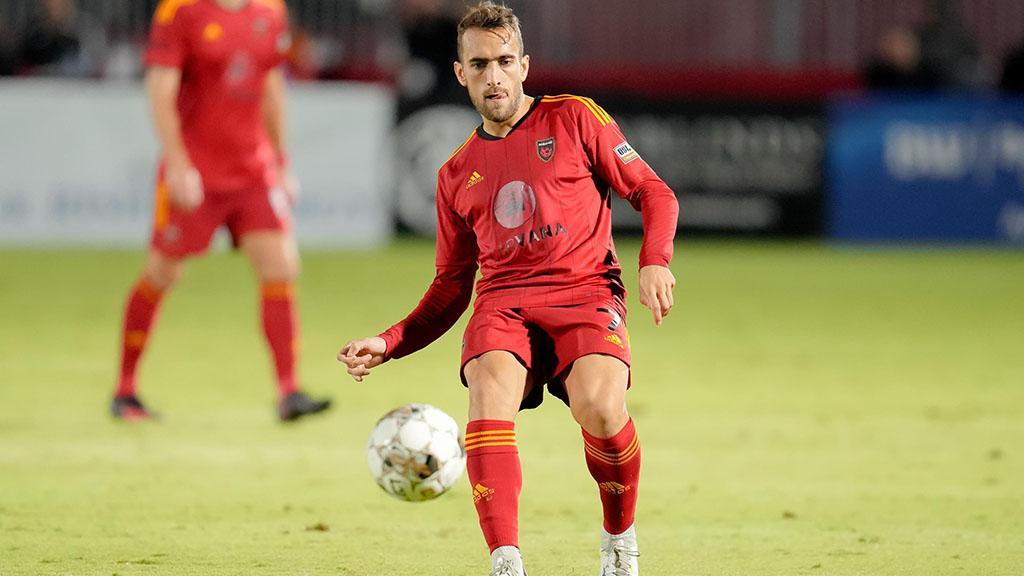 ALBUQUERQUE, N.M. – New Mexico United announced on Monday the club had acquired forward Santi Moar via transfer from fellow USL Championship club Phoenix Rising FC, bringing the Spanish standout back for his second stint in New Mexico. As part of the transfer agreement, Rising FC will receive an international roster spot from New Mexico for the 2023 season. The transaction is pending league and federation approval.

Moar was one of the standouts for New Mexico in its inaugural season in 2019, when he recorded 11 goals and six assists in 35 appearances across the regular season and playoffs. The 29-year-old has since spent the past three seasons with Rising FC, where in 2021 he earned USL Championship All-League First Team honors after an individual season high of 16 goals.

“Santi draws your attention wherever he is on the field due to his ability to consistently beat opponents off the dribble and complete dangerous passes,” said United Head Coach/Technical Director Zach Prince. “These qualities – coupled with his ability to score goals – make him an exciting addition to our attacking group. I'm happy to bring Santi back to New Mexico where he belongs”

A former USL League Two standout for the Charlotte Eagles, where he was voted to the All-Eastern Conference Team in 2016, Moar joined the professional ranks in the Championship with Bethlehem Steel FC in 2017. He helped Steel FC reach consecutive postseason berths in his two seasons at the club before joining New Mexico, and in his career has recorded 43 goals and 32 assists across the Championship’s regular season in 170 appearances.

“I couldn’t be more excited with this opportunity to play for New Mexico United,” said Moar. “I am thankful for my time in Phoenix, and also for their willingness to make this transaction a reality. Going back to New Mexico, for me, is like returning home. It’s here that I had the best memories of my professional career - a joy that was really hard to replicate. The moment I heard they were interested in having me back, I was just hoping all parties could agree to make it happen. I know how much it would mean to win a championship for this state, and that is the motivation that I need at this point in my career.”

Moar is the second player to join New Mexico United via a transfer from Phoenix Rising FC this offseason, with forward Greg Hurst having joined United on December 2 in exchange for an international roster spot.