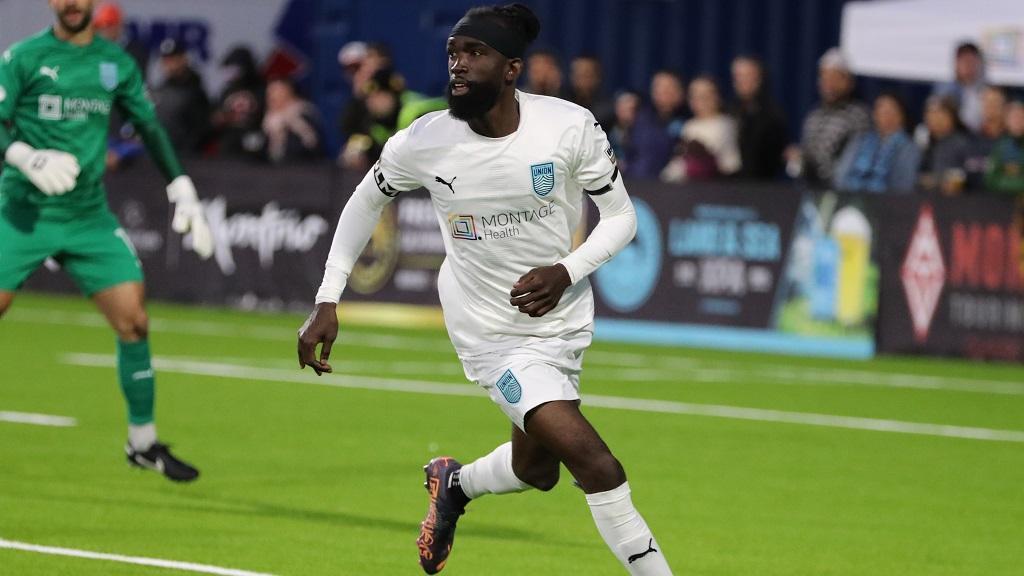 SEASIDE, Calif. – Monterey Bay F.C. announced on Thursday the club had signed veteran defender Hugh Roberts to a new one-year contract with a contract option for the 2024 season ahead of the club’s second campaign. The signing is pending league and federation approval. Captain of the Crisp and Kelp this year, Roberts’ return secures the fourth and final member of last season’s starting back line ahead of the 2023 USL Championship season.

The Olney, Md. native led an impressive defense for MBFC that caught its stride near the middle of the campaign and finished the year with 11 shutouts. He logged 2,735 minutes across all competitions and started in 30 of his 31 total appearances, with the lone appearance off the bench coming in the Lamar Hunt U.S. Open Cup.

“It's great to have Hugh back, he had a really good season with us. He is a natural, experienced leader,” said Monterey Bay F.C. Sporting Director and Head Coach Frank Yallop. “It's great that we've got all of the back four that had a great stretch of games and a ton of clean sheets last season. We have a good foundation now.”

Roberts recorded three goals and one assist for the Crisp and Kelp last season, including the game-winning goal in the 90th minute in Oakland on March 26 to secure the first win in club history with a 3-2 result. In addition, Roberts recorded a team-high 124 clearances, 40 interceptions, 29 blocks, and 28 tackles. He also represented Monterey Bay in USL Championship’s Team of the Week on two occasions in Week 3 and Week 23.

Now entering the 10th campaign of his professional career, Roberts finished the 2022 season ranked third all-time in USL Championship history with 18,627 regular-season minutes and 7th all-time in USL Championship history in regular-season appearances with 233. Roberts needs just 1,451 minutes to climb up to second in league history next season, and just 10 appearances to climb into fifth all-time in that category.

“It feels great to come back, we have some unfinished business to take care of. Last year was an amazing first year, but we’re returning a lot of guys and we’re ready to make another powerful run,” said Roberts. “We feel like we just started our season those last three months, so we’re really just getting started. We have big goals and high expectations this year. The defense ended on a strong note, and the offense just got clicking. The last couple of results were unfortunate, but all of us have an unfinished business mentality coming into this season, trust me. We’re going for a playoff run, more importantly a home playoff game – we want to bring trophies to this city.

“We love the home atmosphere here and there’s nothing better than that. We’re hungry and we’re ready to bring some excitement to you guys for a full season this time, rather than getting started in May. We want to see everybody supporting us and cheering us on. We need you guys, and we can’t wait to see you all out there. I’m also excited to make my way throughout the community to see everybody again, so come say hello to me, I can’t wait to make an impact here.”