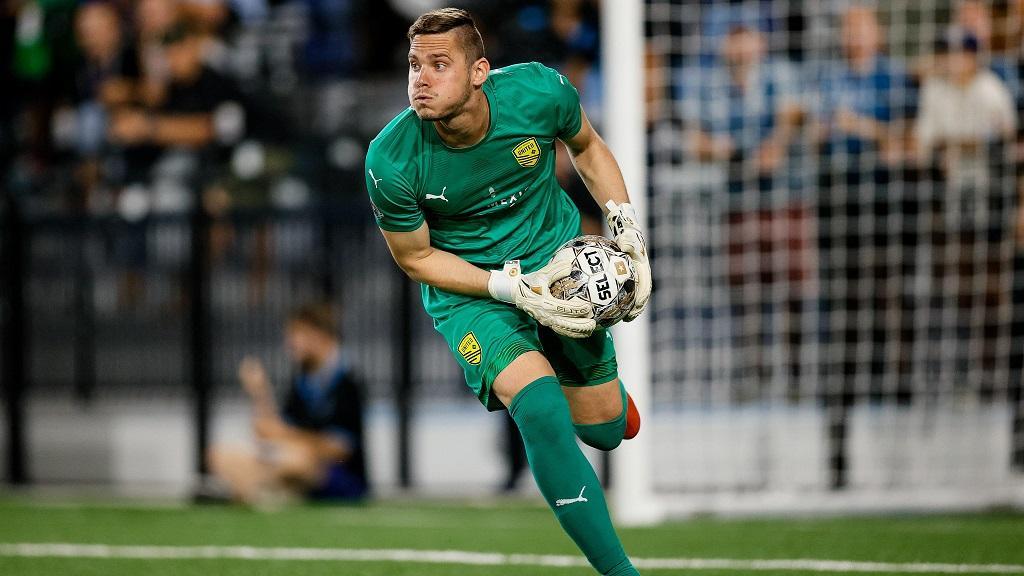 ALBUQUERQUE, N.M. – New Mexico United announced on Thursday the club had exercised its contract option to retain goalkeeper Alex Tambakis for the 2023 USL Championship season. The transaction is pending league and federation approval.

Tambakis set several New Mexico club records during the past campaign, moving into first place all-time in United history with 153 saves and 14 shutouts across the regular season and playoffs as he surpassed Cody Mizell in both categories. The 30-year-old has posted a 1.21 goals-against average in league play for New Mexico across 61 appearances since joining the club prior to the 2021 season.

This past campaign, Tambakis was voted as the club’s Defensive Player of the 2022 Season by his teammates, fans, United staff and members of the media.

A former Greece U-19 Men’s National Team international, Tambakis made five appearances in the Greek Super League early in his career – one for Panathinaikos and four on loan with Niki Volos – before making the move to the United States prior to the 2016 season when he signed with Major League Soccer’s Atlanta United FC. Tambakis spent the 2016 season on loan with the USL Championship’s Charleston Battery as Atlanta prepared for its MLS debut in 2017, and has subsequently played for both North Carolina FC and New Mexico in the league.

Tambakis’ 163 regular-season appearances in the Championship are the second-most by a goalkeeper in the league’s history to Evan Newton, and the Greek shot-stopper also sits tied for third in shutouts (40) and second in saves (468) while posting a career save percentage of 66.3 percent.