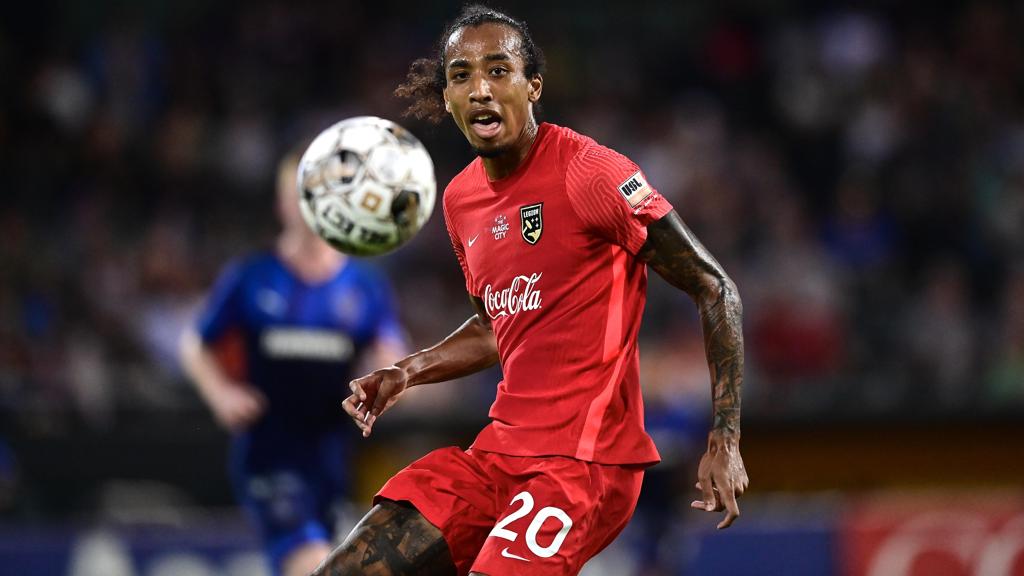 The Tampa Bay Rowdies have signed midfielder Zach Herivaux as the first new arrival to the club this offseason, with the Haiti international having previously made 88 regular-season appearances in the USL Championship. | Photo courtesy Eric Glemser / Memp

ST. PETERSBURG, Fla. – The Tampa Bay Rowdies announced their first new signing ahead of the 2023 USL Championship on Thursday with the club signing Haiti international Zach Herivaux. The transaction is pending league and federation approval.

Herivaux joins the Rowdies having spent the previous two seasons with Eastern Conference rival Birmingham Legion FC. This past campaign, the 26-year-old made 31 appearances and ranked second at the club with 38 tackles won and 173 duels won at a success rate of 54.2 percent. He also recorded 23 chances created and an 86.4 percent passing success rate.

“Zach’s a player that I think has really developed well over the last few seasons,” said Rowdies Head Coach Neill Collins. “Every year he’s played more and more of an integral part for Birmingham, up until this past year when I thought he was a key piece of their midfield.”

Born in Osaka, Japan, Herivaux grew up in Brookline, Massachusetts, and developed as part of the New England Revolution’s youth system. He eventually signed a professional contract with the Major League Soccer club as a Homegrown Player in May of 2019 and then made his professional debut a month later in the Lamar Hunt U.S. Open Cup.

After a loan spell with the USL Championship’s San Antonio FC in 2017, New England loaned Herivaux to Birmingham for the club’s inaugural campaign in 2019. That season, Herivaux picked up consistent playing time for the first time in his career as he made 23 total appearances. In 2020, Herivaux signed with San Antonio as a free agent before moving to Birmingham at the start of the 2021 season. The 26-year-old now departs the Magic City with 79 total appearances under his belt for Birmingham across his two stints at the club.

“These past two seasons allowed me to adapt to the league a lot more,” said Herivaux. “Tampa Bay has always been a big name in this league, and they have a lot of history behind them. It’s a decorated club and anyone that plays in this league knows Tampa Bay is a difficult team to play against. It’s always one of those games you mark on your calendar. When Coach Neill gave me that call, I was very, very honored to feel that interest. The interest was certainly mutual. I want to win trophies and I think Tampa Bay is a great place to do that.”

Herivaux also brings international experience with the Haitian Men’s National Team. First representing the country at the 2015 CONCACAF U-20 Championship, Herivaux made his senior debut in 2017. Since then, Herivaux has bagged two assists in 17 appearances for Haiti.

“I can’t wait for preseason to begin,” said Herivaux. “I’m ready for the season to start honestly. I’m excited to play in front of the fans, meet everybody in the locker room, and meet my new family. I’m just excited to get to work and extremely grateful for this opportunity.”