Experienced goalkeeper has made 18 appearances for club, shone in postseason shootout 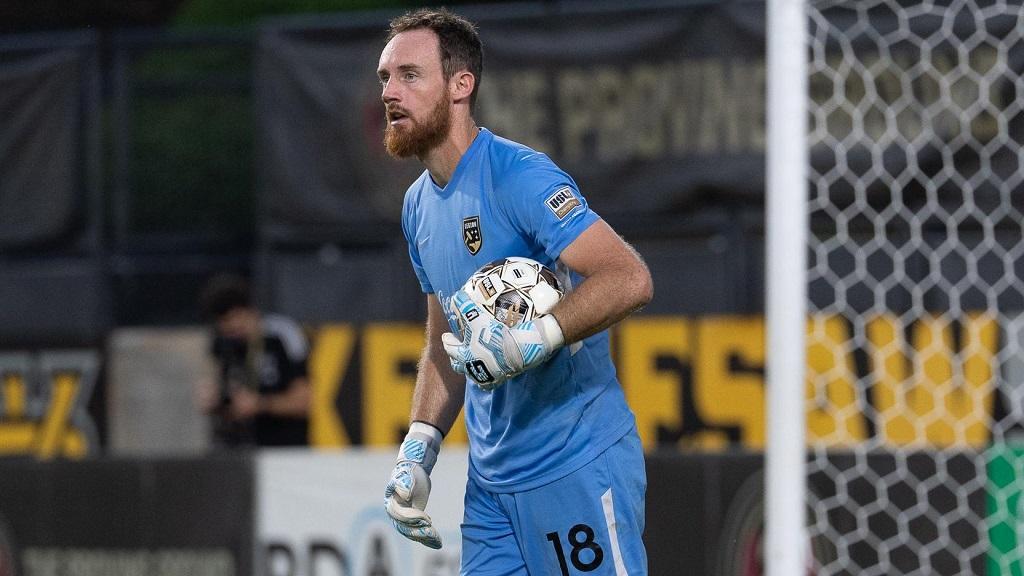 Birmingham Legion FC goalkeeper Trevor Spangenberg is set for his fifth season with the club in 2023 after signing a new multi-year contract. | Photo courtesy Atlanta United 2

BIRMINGHAM, Ala. – Birmingham Legion FC announced on Wednesday the club had signed goalkeeper Trevor Spangenberg to a new multi-year contract with the club, pending league and federation approval.

“Trevor is another member of our core that we are excited to bring back to Birmingham,” said Legion FC President and General Manager Jay Heaps. “He’s a consummate professional that will continue to compete for time at goalkeeper and be an influential member of our locker room.”

Spangenberg will return for a fifth season in the Magic City. The shot-stopper has 18 appearances for the Black & Gold, including coming in for the penalty kick shootout in the Eastern Conference Quarterfinals of the 2022 USL Championship Playoffs game and making two saves in the epic encounter with Pittsburgh Riverhounds SC at Protective Stadium.

In addition to his efforts with the club’s First Team, Spangenberg spent time in 2022 coaching in the youth ranks with Birmingham United Soccer Association via the club’s partnership with Legion FC.

“Couldn’t be more excited [to re-sign]. I love playing for this team and for Birmingham,” said Spangenberg. “It’s a trickle-down effect of high standards from the very top of this club on down and every year the goals we set for ourselves continue to get bigger. I want to be here and on a team with the highest expectations, surrounded by quality people both on and off the field. I wish preseason started today, the fire for 2023 is real.”