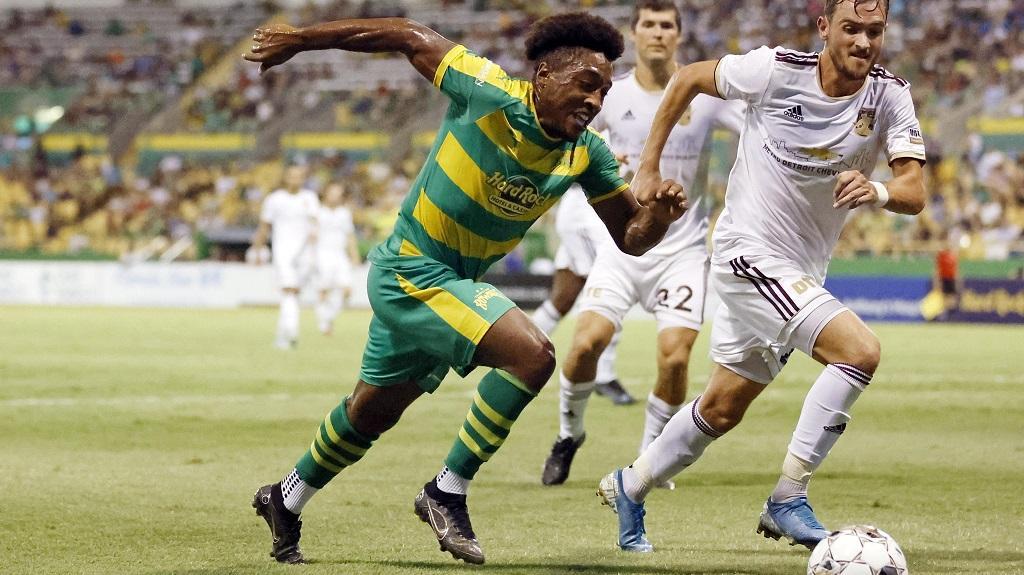 The Tampa Bay Rowdies have re-signed Canadian winger Dayonn Harris, who notched five goals and three assists in his second season at the club this past campaign. | Photo courtesy Matt May / Tampa Bay Rowdies

ST. PETERSBURG, Fla. – The Tampa Bay Rowdies announced on Tuesday the club had re-signed midfielders Dayonn Harris and Sebastian Dalgaard, retaining the wide duo for their third and fourth seasons with the club respectively. The transactions are pending league and federation approval.

Harris originally joined the Rowdies ahead of the 2021 season after making his professional debut in the USL Championship with Real Monarchs SLC in 2020. Following up on an impressive first season in Tampa Bay, the Canadian wingback made his mark in 2022 as part of the Rowdies’ league-leading attack with five goals and three assists.

“Dayonn has real quality,” said Rowdies Head Coach Neill Collins. “He’s on the cusp, and now the challenge is if he can become a starter. Everyone knows Dayonn is that impact player. A number of times I’ve been asked why he doesn’t start because everyone sees the impact he has off the bench. This was only his third full season as a professional and I really believe next year is going to be a huge year for him. We’re just so pleased to have him back again.”

The 25-year-old midfielder earned USL Championship Team of the Week honors in Week 19 of the 2022 campaign for his outstanding showing as a halftime substitute, assisting on two goals to break open a scoreless deadlock and pave the way for a 4-1 win over Loudoun United FC.

“I am very excited to be returning to the Rowdies next season,” said Harris. “I look forward to not only growing as a player but as a team to become the best in the league. I am confident that we are committed more now than ever to finishing what we’ve started, and that is to bring a championship to our passionate, devoted, and faithful fans of Tampa Bay. I personally can’t wait to reunite with the guys, lock in, and get started.” 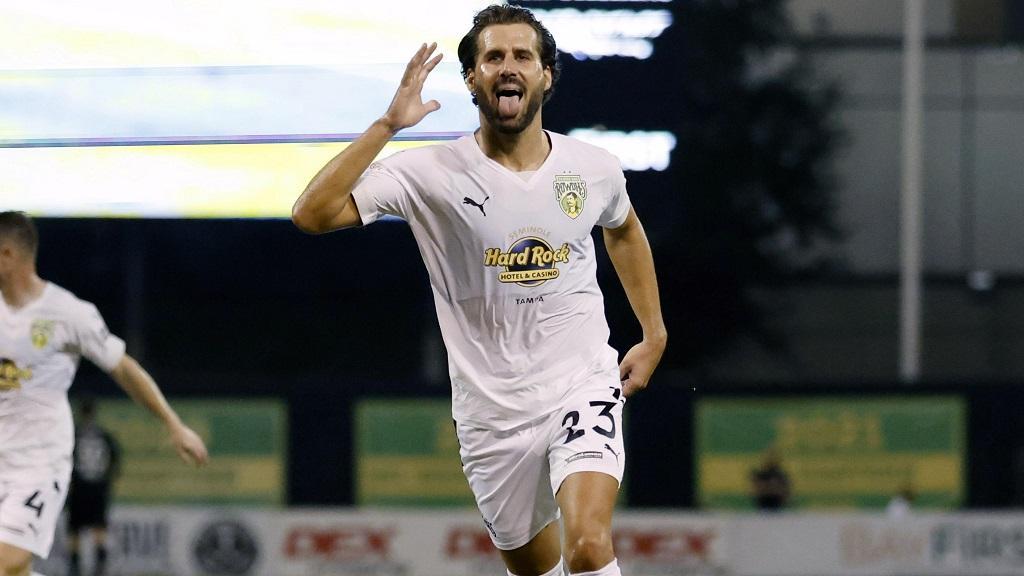 Danish midfielder Sebastian Dalgaard is set for his fourth campaign with the Rowdies in 2023 after making 84 appearances in all competitions for the clubs over the past three campaigns. | Photo courtesy Matt May / Tampa Bay Rowdies

Dalgaard has spent the last three years in Tampa Bay and has been an integral piece in the club’s success, appearing in 84 matches across all competitions as both a left and right wingback. In 2021, Dalgaard upped his offensive output to five goals, compared to just one in the previous two seasons.

“When you talk about consistency, Seb Dalgaard has been very consistent in his time here,” said Collins. “He’s scored some fantastic goals this year, he managed to chip in with more goals than he’s had previously. He’s a real quality player who has played so many games and I think that’s a great trait in itself, to be available and to be playing and contributing.”

A native of Denmark, Dalgaard is now a well-established veteran of the USL Championship, having made stops at OKC Energy FC, Saint Louis FC, and Hartford Athletic. Tampa Bay has been his longest stint with a stateside club.

“I’m just very happy to be back with such a great club and to be back in Tampa Bay, a place I’ve been lucky to call home for the last three years,” said Dalgaard. “I’m excited to keep getting better and have the chance to compete for another trophy with the Rowdies.”