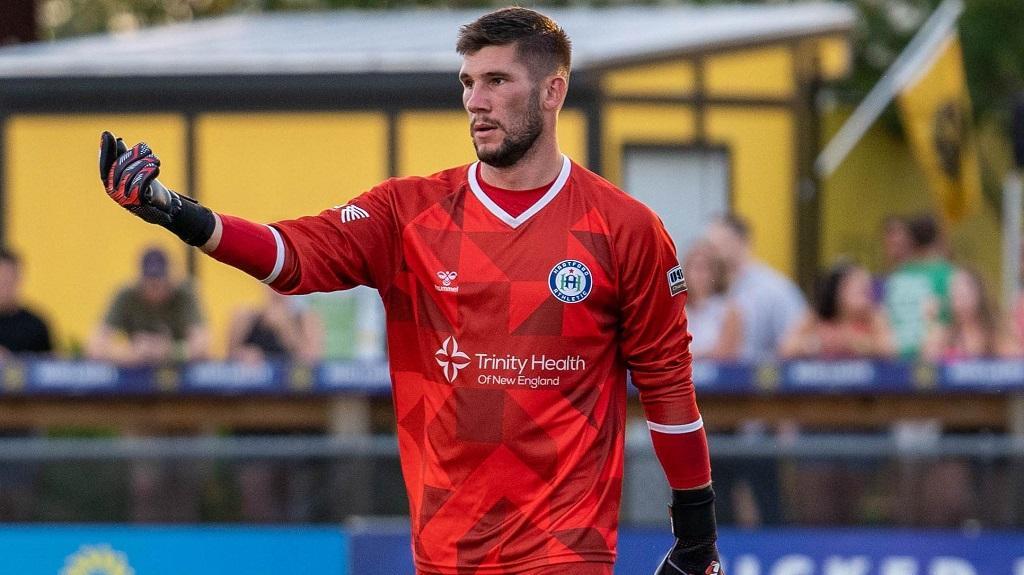 INDIANAPOLIS – Indy Eleven announced on Tuesday it had signed German goalkeeper Yannik Oettl ahead of the 2023 USL Championship season. Per club policy, terms of the contract will not be released, and the transaction is pending league and federation approval.

“I’m excited about this opportunity and can’t wait to compete in the name of Lady Victory,” said Oettl. “I am honored to be wearing the Indy blue and look forward to meeting the fans, my fellow teammates, and staff.”

Oettl spent the majority of the 2022 campaign in the USL Championship at Hartford Athletic, where he made 19 appearances and ranked tied for 11th in the league with 74 saves while on loan from the New England Revolution II. The 26-year-old posted four shutouts and a save percentage of 71.2 percent, while also claiming Championship Team of the Week honors in Week 28.

“Yannik is an aggressive goalkeeper who is comfortable coming off his line and has the best feet and distribution of any ‘keeper in this country,” said Indy Head Coach Mark Lowry. “If we want to play the football that I have become recognized for, then the goalkeeper is a key component. In Yannik we believe we have the best at starting attacks from the back, building our possession, and breaking pressure. This is a very exciting addition and myself and the staff can’t wait to get on the training pitch with him.”

Oettl signed with the Revolution II in July of 2021 and made six saves across three appearances while competing for the side in its final USL League One campaign. Oettl also played part of the 2021 USL League Two season with the Ocean City Nor’Easters, making seven saves across four appearances.

He had previously turned in a stellar four-year career at the University of Central Florida, where he played 58 games, posted a 1.03 goals-against average, and led the Knights to three consecutive NCAA Tournament appearances. In each of those three seasons, Oettl was voted the American Athletic Conference Goalkeeper of the Year. Before going to UCF, the Munich native made 15 appearances across Germany’s lower divisions, including 12 matches for FC Augsburg II. He developed in the SpVgg Unterhaching Academy on their U17 and U19 teams.