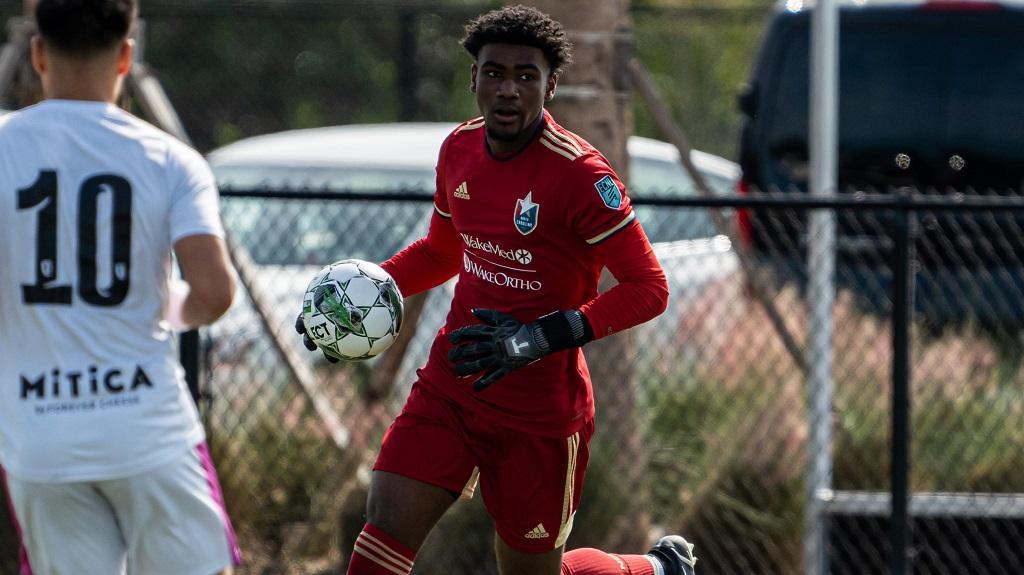 North Carolina FC 16-year-old Nick Holliday was one of the high-profile pro signings at the 2022 USL Academy Finals, but appreciated the opportunity for high-quality minutes as he continues to build his career.

TAMPA, Fla. – The past 12 months have been high-profile for North Carolina FC’s Nick Holliday.

He went on a training stint at Bundesliga club Bayer Leverkusen.

He was called up to the United States U-17 Men’s National Team.

He surpassed his 2021 appearances mark in USL League One.

All of that might have made competing at the 2022 USL Academy Finals a little underwhelming.

For Holliday, though, it was just the opposite.

“I mean, especially for me as a young goalkeeper, you want to play as many games as possible,” said Holliday in November. “There’s the First Team games, the USL Academy games, just playing as many high-level games as possible. This is a great example of it.”

Holliday had a good week overall at the Sportsplex of Tampa Bay, earning honorable mention honors in the Playoff Division’s All-Tournament Team as NCFC took third place at the event. As one of 10 players in action across the Playoff and Showcase Division already signed to professional contracts at USL Championship or League One clubs, he arrived as one of the high-ceiling prospects continuing their individual progressions while also hoping to lead their teams to success.

Others already in the pro ranks joined Holliday in producing an impressive week. Among them was Louisville City FC center back Sebastian Sanchez, who took All-Tournament Team honors in the Showcase Division.

It was a contrast to Sanchez’s first full professional season, which was a learning experience. He made his USL Championship debut as a late substitute against Rio Grande Valley FC in October, but that came after a loan spell with USL League One’s South Georgia Tormenta FC which saw him not register a minute as he became embedded in a new environment.

As a result, it provided the 18-year-old center back with a measure of what it will take to join fellow LouCity Academy graduates Joshua and Elijah Wynder and Carlos Moguel Jr. in seeing regular action for the perennial title contender.

“I just took away what it really takes to be a pro every day,” said Sanchez. “Coming to training with the right mindset, the growth mindset and knowing that you’re going to have to battle for your spot every day. No matter the league you’re in, it’s going to be difficult.” 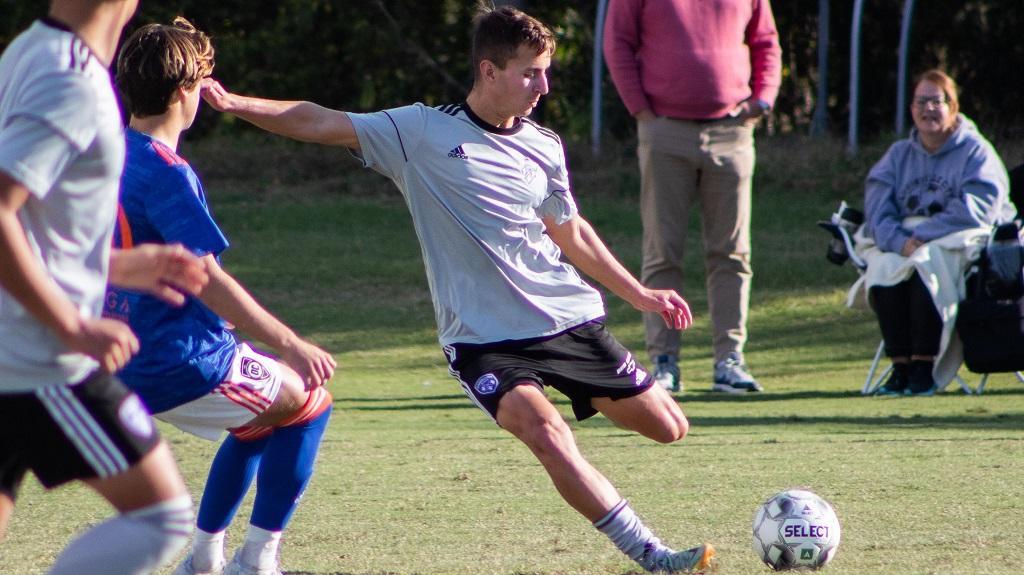 Louisville City FC's Sebastian Sanchez only saw one minute of action in his first full professional season, but shone in earning All-Tournament Team honors in the Showcase Division of the 2022 USL Academy Finals in November.

As much as it might seem from the outside there would be more pressure to perform for those who have already signed professional deals, however, that’s not typically the case. For Indy Eleven Academy Director Kiki Wallace, the opportunity to shine competing alongside their peers can rebuild a level of confidence that can then carry a player forward.

That was the proposition for Indy midfielder Alann Torres at this year’s event. Having turned pro after leading Indy to the Academy Finals Playoff Division title in 2021, the 18-year-old had some highs in his first full season in the professional ranks on loan at USL League One’s Forward Madison FC – including scoring his first goal in the pro ranks – but didn’t find it all smooth sailing as he navigated the new challenges the year presented.

That made the opportunity to compete at the Academy Finals a valuable one as he prepares for the 2023 campaign.

“You need to experience a challenge, and you need your confidence,” said Wallace. “Certainly, signing a professional contract and getting a year with the pros was probably a challenge for [Alann], and so in many ways it’s good to come down here and be one of the superior players again, and let his confidence grow going into next season.”

That balance of challenging a player to find the next level while retaining confidence in their own abilities is at the forefront for other clubs as well.

“We're constantly analyzing every individual player, and what their needs are,” added LouCity Youth Academy Director Mario Sanchez. “For Sebastian [Sanchez], when he went out for about six weeks there with Tormenta, it was a great experience for him. And so now again, we constantly as LouCity with [First Team Head Coach] Danny [Cruz] and everyone, we all sit together and say ‘OK, let’s look at each player individually, and how can we help them ultimately achieve becoming a First Team player?’”

As Holliday gets set for his third campaign for North Carolina FC – with the goal of being part of the United States squad for the Concacaf U-17 Championship and potential FIFA U-17 World Cup to follow in 2023 ahead of him – the more high-level minutes and games you can get under your belt, the better your prospects for the future.

“I hit my goal of playing more professional games, but obviously those games didn't go the way you want to,” said Holliday. “But I think from a personal standpoint, I’ve grown a lot as a as a footballer and as a person off the field. So, I’m just trying to be the best I can be and get ready for next season.”