Veteran set to reunite with Colorado Springs’ Burke after competing for D.C. United 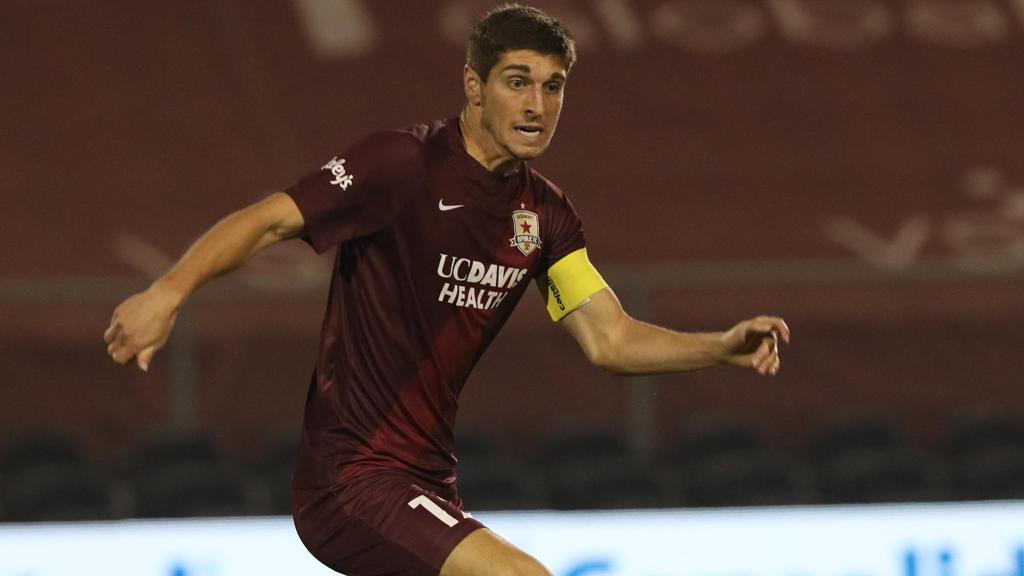 Midfielder Drew Skundrich has made 74 appearances previously in the USL Championship during his career as he joins Colorado Springs Switchbacks FC ahead of the 2023 season. | Photo courtesy Sacramento Republic FC

“I'm excited to join the Switchbacks in 2023 and compete for titles with the club," said Skundrich. "The steps that have been made in the past few years have been massive and I can't wait to be a part of it. Having familiar faces there will be a huge bonus and will make 2023 that much more enjoyable."

Skundrich spent the past two seasons with D.C., where he notched 2,030 minutes of action across 39 appearances. The 27-year-old is coming off his most productive season in the top flight, having notched two assists and posted a passing success rate of 82.5 percent.

A native of Lancaster, Pa., Skundrich will be reunited with Colorado Springs Head Coach Brendan Burke, for whom he played previously in the USL Championship at Bethlehem Steel FC as the side reached the 2018 USL Championship Playoffs. Skundrich subsequently spent two seasons with Sacramento Republic FC, and has made 74 appearances in the Championship overall in his career, logging 5,232 minutes of action while recording five goals and seven assists.

Before making the jump to the professional game, Skundrich played collegiately at Stanford University. He played all four years for the Cardinal, making 82 appearances and recording nine goals and 13 assists for the side. In his senior season he was voted to the All Pac-12 First Team, United Soccer Coaches All-Far West Region First Team, and named a Pac-12 All Academic Honorable Mention before being selected 40th overall by the LA Galaxy in the 2018 MLS SuperDraft.

“Drew is a fantastic signing for us. He will allow us to grow again as a club this year and his work ethic, ground coverage and IQ are second to none at this level,” said Burke. “Our whole staff and locker room are looking forward to working with him again.”