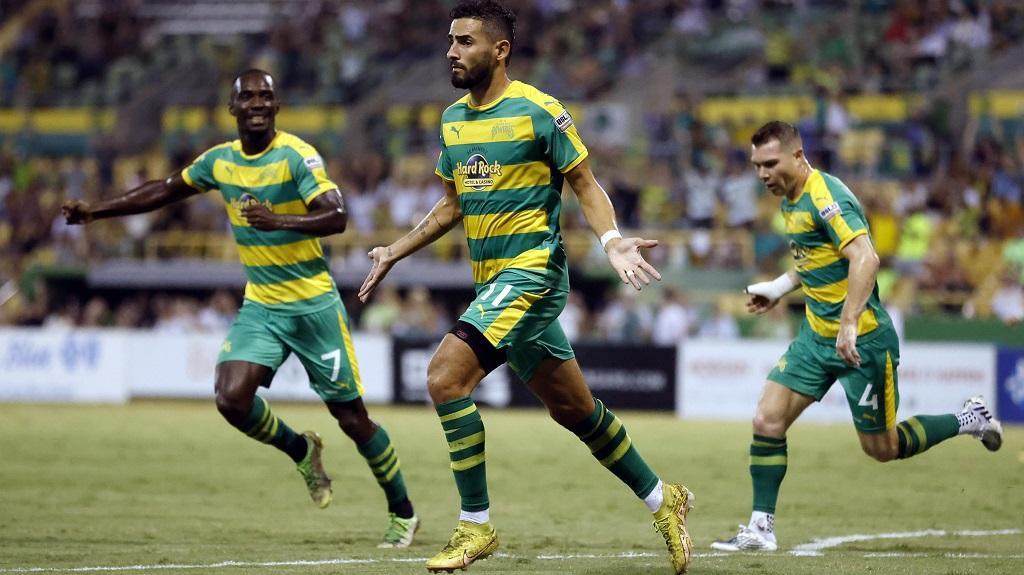 ST. PETERSBURG, Fla. – The Tampa Bay Rowdies announced their initial offseason roster moves on Friday, with the club set to retain at least 10 players from the past campaign.

The Rowdies announced the club had exercised its contract option on midfielder Yann Ekra, pending league and federation approval, with the French standout set for his fifth season with the club. Ekra currently ranks second all-time in USL Championship regular-season appearances with 246.

“Every year the roster is built in a fashion that we want to continue having that consistency, but more important than consistency is getting better,” said Rowdies Head Coach Neill Collins. “I don’t like consistency for consistency’s sake… We’ve got fantastic players coming back, guys that are so highly valued around the league and are incredibly important to us.”

Goalkeepers Phil Breno and CJ Cochran, defender Robert Castellanos, and forward Jake LaCava have all departed the Rowdies after completing season-long loans from their parent clubs. LaCava recently moved to Major League Soccer’s Inter Miami CF via trade following a stellar 2022 campaign in which he bagged 12 goals and was named a finalist for USL Championship Young Player of the Year.

Additionally, defender Timmy Mehl, midfielder Junior Etou, and forward Kyle Greig will not return to the Rowdies after the club declined contract options for all three.

Defenders Jordan Scarlett, Thomas Vancaeyezeele, and Ian Antley, as well as midfielders Laurence Wyke and Matt Srbely, and forward Steevan Dos Santos have also departed the Rowdies with the conclusion of their contracts.

“We wish all the players leaving the Rowdies all the best and thank them for their contributions,” said Collins. “There have been a few tough decisions I’ve had to make, and there are a few players leaving under different circumstances that I’d have loved to have kept. My job is to do what’s best for the Rowdies and what’s going to make the club successful.”

Head Coach Neill Collins – now entering his fifth full season in charge – and staff continue to work toward securing more returning players and new faces for the squad in 2023.

“Not lifting a trophy this year makes us want to get back to work even harder this off-season,” said Collins. “It’s not always about adding new players. It’s about making the players we’ve got better, and how I can get better as a coach. How can we maximize everything that we do? That’s what excites me every season.”

“We have pretty distinct values as a club. We always want to look at those values and see if the players we’re bringing on have all of them and do they particularly add in one of those areas very strongly. It’s a very simple but effective way of adding to the squad.”