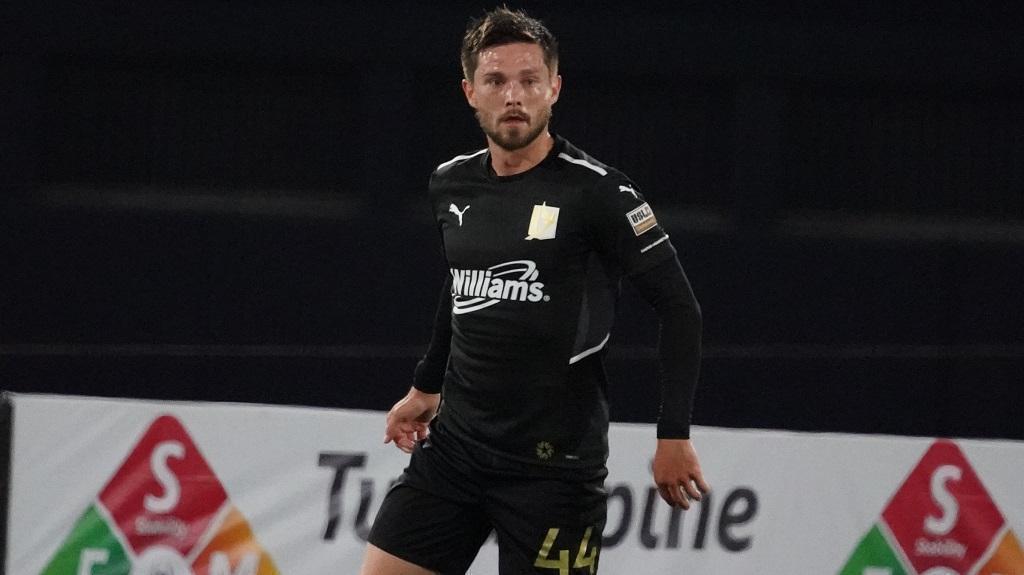 FC Tulsa midfielder Eric Bird ranks in the top five in appearances and minutes played for the club as he returns for his fourth season in 2023. | Photo courtesy FC Tulsa

TULSA, Okla. – FC Tulsa announced on Thursday the club had re-signed veteran midfielder Eric Bird to a new contract ahead of the 2023 USL Championship season. The transaction is pending league and federation approval.

Bird is coming off a season in which he appeared in 32 of the club’s 34 matches and recorded a highlight-reel finish at Detroit City FC on September 5 for his lone goal of the season. The 29-year-old also equaled his previous single-season high of three assists and finished in the top three among FC Tulsa players in interceptions (40), tackles attempted (65), and tackles won (36) in 2022.

“Eric understands what Tulsa is about and will be able to share that with all of the young players and new players coming in,” said FC Tulsa Head Coach Blair Gavin. “He’s been an incredible asset for this club for a long time and I’m really looking forward to working with him.”

Over his Tulsa career Bird has made 71 appearances, fifth-most in club history. He is also one of only five players to log more than 5,000 minutes for the club.

Off the pitch, Bird has been honored by his teammates, coaches, and the FC Tulsa fans at the End of Year Player Awards in each of the previous two years. He was named the #ForTulsa Community Man of the Year in 2021 for his involvement and dedication to serving the city of Tulsa, then was voted the club’s Unsung Hero of the Year in 2022. In November, Bird was also elected as the first President of the USL Players Association by its members.

“Over the last three years at FC Tulsa, I’ve developed a close connection with this community and its fans, so I’m thrilled to return to the club for another season,” said Bird. “I am excited to work with a new coaching staff and am ready to do everything I can to help win this city the championship it deserves.”