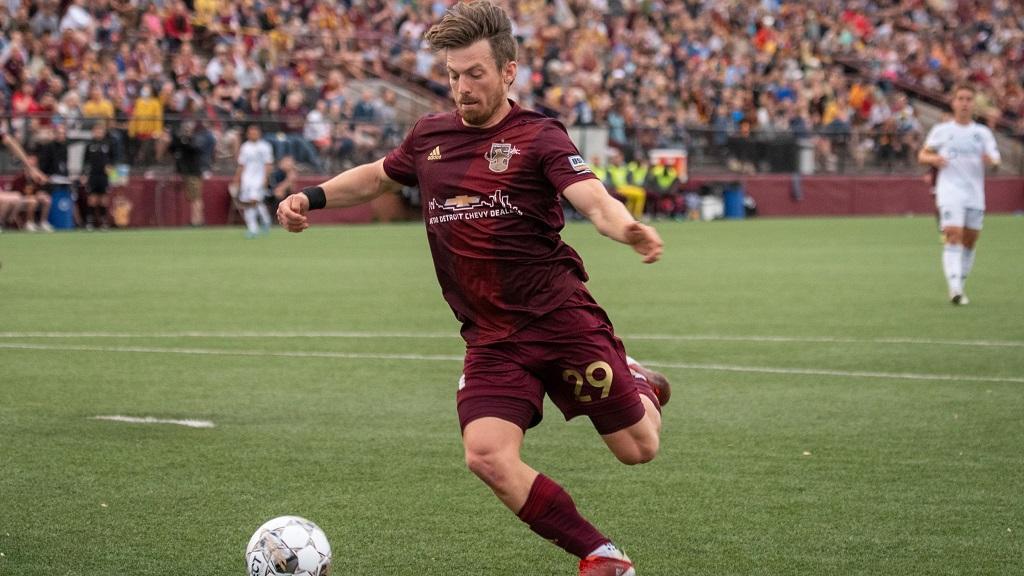 HARTFORD, Conn. – Hartford Athletic announced on Thursday the club had signed USL Championship veteran Antoine Hoppenot ahead of the 2023 season, pending league and federation approval. Hoppenot comes to Hartford after claiming the league’s Assists Champion award with Detroit City FC this past season.

“I’m thrilled to start this new venture with Hartford Athletic and get back on the east coast,” said Hoppenot. “Having played in the Eastern Conference against Hartford for years, I know how passionate the fan base is here and I promise to bring them passion and determination every single day. I can’t wait to get this season started!”

In 2022, Hoppenot was a vital contributor to Detroit City’s 14-win season as Le Rouge earned a place in the USL Championship Playoffs. Hoppenot’s 11 assists in the regular season led the Championship, and he also notched seven goals in 32 appearances while ranking third in the Championship with 75 chances created.

“This is an important signing and a foundational piece for the roster we are building,” said Athletic Head Coach Tab Ramos. “Antoine Hoppenot has been an indispensable player in this league, and a consummate professional. He has a history of stepping up in big moments, shown by many clutch goals he’s scored in his career. With his years of experience, Antoine will be counted on to be a leader in our locker room and raise the standards of everyone around him both on and off the pitch. We are thrilled to welcome him to our club.”

The 32-year-old has put together one of the best career resumes in the USL Championship. Over nine seasons, Hoppenot has recorded 38 goals and 44 assists in 201 appearances, making him one of only seven players to have recorded both 30 goals and 30 assists in the league’s history. His 44 regular season assists all-time put him fifth overall on the all-time USL Championship leaderboard.

“As a top tier player in this league, Antoine Hoppenot is the kind of player that will help us grow as a club,” said Hartford Technical Director Ray Reid. “He has played at clubs where competing in the postseason is an expectation and a reality. That is the kind of club we aim to be, and we’re thrilled to have Antoine on board to push us to that level.”

Hoppenot is a graduate of Princeton University and was drafted by the Philadelphia Union in the Major League Soccer Supplemental Draft in 2012. He recorded seven goals and three assists across 69 appearances for the MLS side, before joining FC Cincinnati in 2016 for its inaugural season in the USL Championship. He went on to play two seasons for both Reno 1868 FC and Louisville City FC before landing in Detroit in 2022. In 2019, Hoppenot played a key role in LouCity’s progression to the USL Championship Final. His late equalizer in second-half stoppage time against Indy Eleven in the Eastern Conference Final sent the game to extra time, where the visitors took a 3-1 win to advance to the title game.