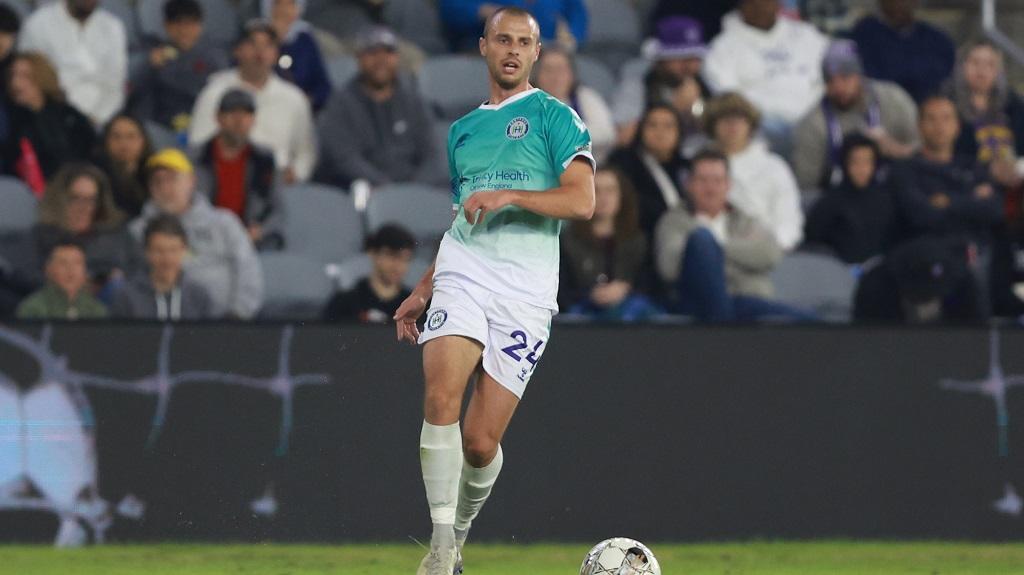 HARTFORD, Conn. – Hartford Athletic announced on Saturday the club had exercised its contract option on defender Robin Lapert, who will return to the club for the 2023 USL Championship season, pending league and federation approval.

“I really enjoyed playing for Hartford and I am thrilled to be back for a second season,” Lapert said. “I want to thank the Technical Staff for giving me an opportunity to prove myself last season. I’m going to give everything I have for this club, and I can’t wait to be back on the field in front of our incredible fans soon.”

Lapert joined Hartford on September 1, 2022. The University of Connecticut product made his debut for the club on September 17th as a substitute against Las Vegas Lights FC. He made three appearances in the season’s final five matches, totaling 74 minutes, eight clearances, five interceptions and eight duels won.

“Robin spent just a few weeks with us in the fall, but he worked very hard and left a positive impression on our staff,” said Hartford Head Coach Tab Ramos. “He came in and competed right from his first day in training. I’m very excited to see what he can show us over the course of a full season.”

Lapert transferred to UConn in 2018 after winning a Division II National Championship with the University of Charleston. The defenseman turned in a strong career as a Husky under current Hartford Athletic Technical Director Ray Reid, earning AAC All-Conference second team honors in 2018 and 2019. He was instrumental in UConn’s five shutout victories his sophomore year and ranked third on the team in total points his junior year, all while starting every match across two seasons.

“I’m very happy to have Robin back with us in 2023,” said Hartford Technical Director Ray Reid. “I know what he is capable of on the pitch, and he showed our staff glimpses of it in his limited time with our club. Robin has loads of potential and I look forward to seeing him in training in just a few months.”