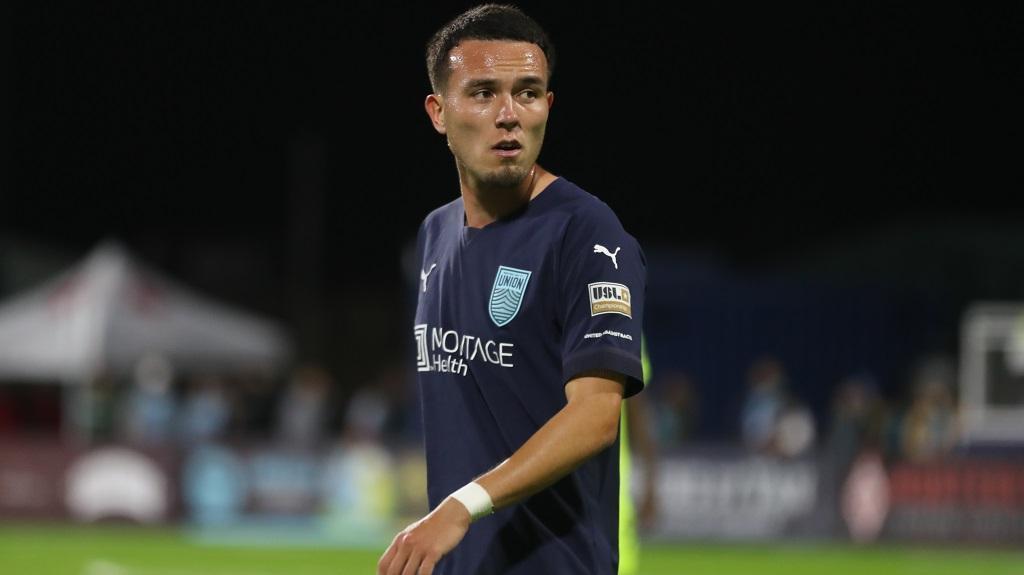 Monterey Bay F.C. has re-signed midfielder Mobi Fehr to a new two-year contract, with the 27-year-old having notched 30 appearances for the side in the 2022 campaign. | Photo courtesy Monterey Bay F.C.

SEASIDE, Calif. – Monterey Bay F.C. announced on Tuesday the club had re-signed midfielder Mobi Fehr to a new two-year contract, pending league and federation approval. The moves sees MBFC return a major piece of the central midfield ahead of the upcoming USL Championship campaign with the move.

Fehr made 30 appearances across all competitions in the 2022 campaign, logging 2,336 minutes and 27 starts. Defensively, Fehr tallied 47 tackles, 45 blocks, 38 clearances and four interceptions. He also recorded 11 shots and created 13 chances.

“I was really pleased with Mobi, I think he did really well in the central midfield,” said Monterey Bay F.C. Sporting Director and Head Coach Frank Yallop. “I am so happy that he re-signed, it gives us that stability in the midfield area. We’re very happy with his performance last year.”

Fehr’s lone goal of the season was a crucial one, a header at the end of a corner kick opportunity that opened the scoring and ended as the game-winning goal in the club’s upset win over Louisville City FC at Lynn Family Stadium in Kentucky. As a result of his performance in that week 11 match, Fehr earned USL Championship Team of the Week honors.

“I am very excited to be back in the 831 for the next two years,” said Fehr. “The fans, front office staff, coaching staff, and the group of players we have made my decision very easy. I want to be a part of this amazing club again. I truly believe we will be a title contender in these upcoming seasons.”