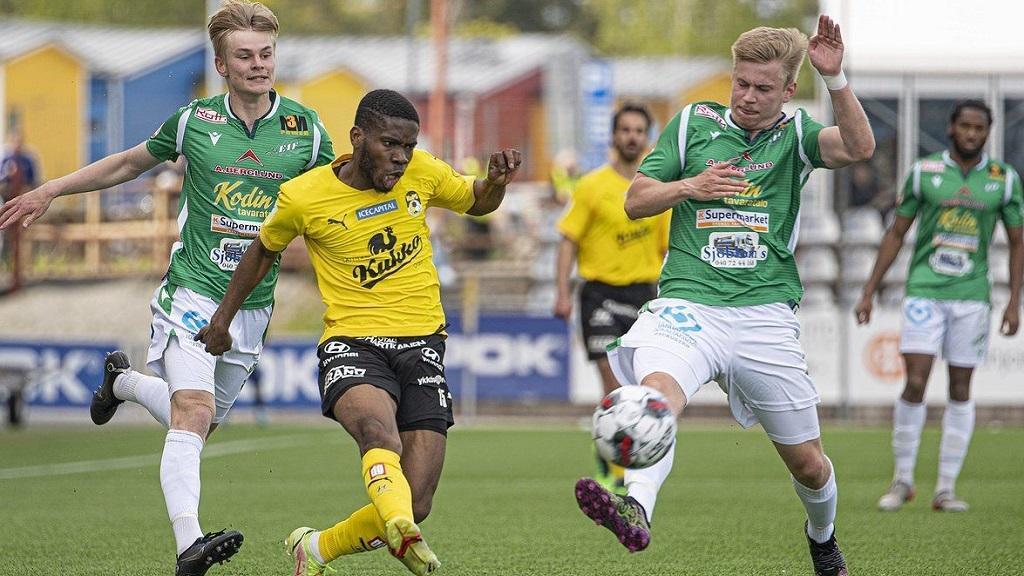 New Phoenix Rising FC signing Henry Uzochukwu claimed Finland's version of the Lamar Hunt U.S. Open Cup - the Suomen Cup - in each of the past two seasons for KuPs.

PHOENIX – Phoenix Rising FC announced on Tuesday the club had signed Nigerian defender Henry Uzochukwu ahead of the 2023 USL Championship season. The transaction is pending league and federation approval.

“Henry is a versatile player that is familiar with the system we want to implement,” said Rising FC Head Coach Juan Guerra. “He also has experience playing in a back four. He can transform. He is a fast and athletic player that is great in one-v-one situations. He can attack when needed and can defend very well.”

Uzochukwu made his professional debut for FC Fredericia as a 19-year-old during the 2018 season. The right back spent three seasons with Fredericia in the Danish First Division, scoring three goals in 49 appearances across all competitions.

In 2021, Uzochukwu signed with Kuopion Palloseura (KuPs) in the Finnish First Division (Veikkausliiga). The Nigerian made 40 appearances for KuPs in league play and cup competition, winning the Suomen Cup in 2021 and 2022. KuPs finished second in the league this season with a record of 17-4-5, allowing just 0.73 goals per game, the best rate in the league. The 23-year-old has also appeared 12 times in UEFA Europa Conference League matches the past two seasons, totaling more than 1,000 minutes and scoring one goal.

“Winning the Finnish Cup was very important to us,” said Uzochukwu. “We really wanted to win something each season. Footballers always want to look back at the end of the season and have some big achievement. Winning the league or a cup has to be part of the culture on every team. I know Phoenix has that same mentality. I cannot wait to arrive and get to work.”