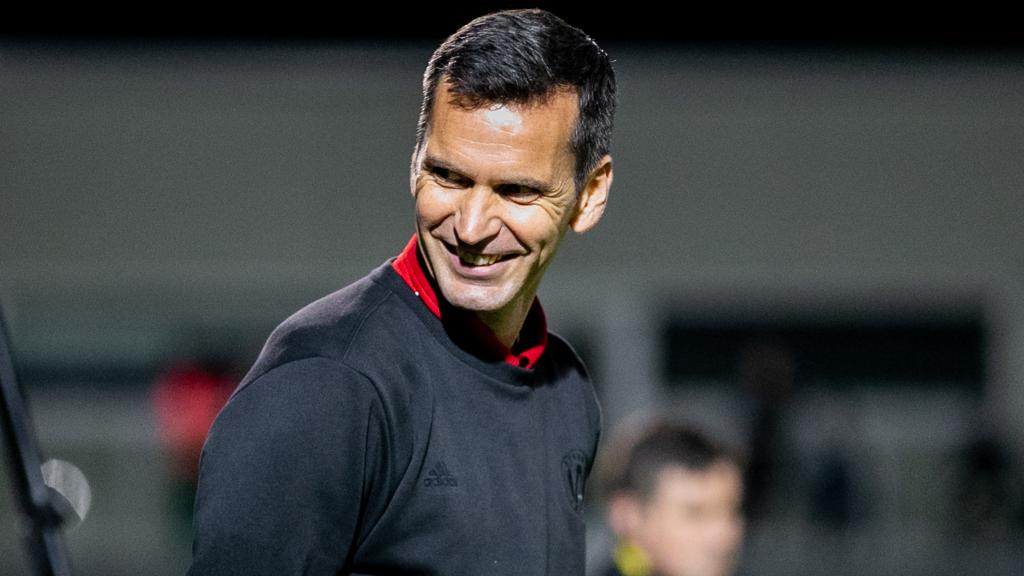 Glass, who has previously coached four players on the current roster including Phillip Goodrum and Laurent Kissiedou, signed a multi-year contract with 901 FC.

“It’s a true testament to our club’s reputation, our passionate and growing fanbase and our dedicated front office that we were able to attract the depth of world class coaches who are excited for the future of Memphis 901 FC,” said 901 FC Principal Owner Peter Freund. “From the very start of our search process, Stephen was always our targeted first choice and I am thrilled to welcome him to the 901 FC family.”

Glass joined Atlanta United in 2018 as the academy coach and made a name for himself developing young talent before being promoted to Head Coach of then-USL Championship club Atlanta United 2 in 2019. The former Scotland international took over Atlanta United’s First Team as interim head coach during the summer of 2020. The 46-year-old most recently served as manager for Aberdeen FC of the Scottish Premiership.

“We, as a Club, couldn’t be more excited for what Stephen will bring to 901 FC. His knowledge of the American soccer landscape as well as his international managerial experience will allow us to continue to build on our recent success,” said 901 FC Sporting Director Tim Howard. “It has been satisfying to not only land our top target but to know how eager Stephen is to get to work.”

A Dundee, Scotland, native, Glass began his playing career at Aberdeen FC with eight goals and 110 appearances in five seasons before moving to Newcastle United. Glass scored seven goals in 42 appearances in the English Premier League before stints with Watford, Hibernian in Scotland and the Carolina RailHawks while representing Scotland internationally.

"I am excited and grateful for the opportunity to come to Memphis and look forward to building on the success that was enjoyed last year,” Glass said. “There is a great group of players returning who I am sure are hungry to give the fans many more nights like those enjoyed last season. I look forward to seeing everyone at AutoZone Park in 2023."