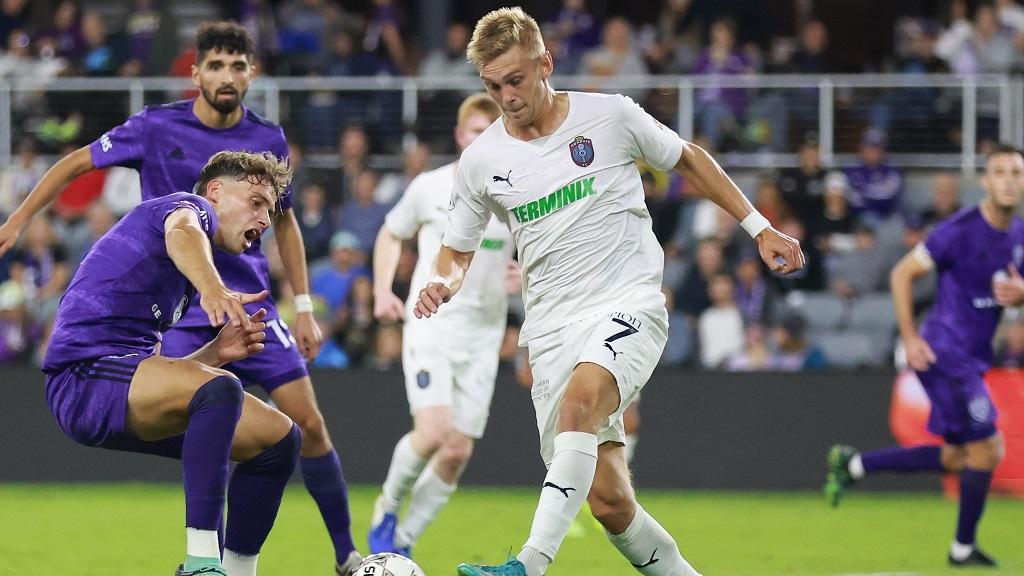 “I am beyond excited for this opportunity,” said Seagrist. “Playing in Colorado Springs earlier this year, I knew from the moment I arrived, this was a place I wanted to be.”

Seagris join the Switchbacks having spent the past season at fellow USL Championship club Memphis 901 FC. With Memphis, Seagrist recorded 65 clearances, 75 interceptions, and had a duel success rate of 55.5 percent. The 25-year-old also contributed on the attacking side as well, notching a goal, four assists and 33 chances created.

The Illinois native started his career at Marquette University, where he tallied six goals and 16 assists in his 65 appearances. In 2020 he was selected 10th overall in the MLS SuperDraft by the New York Red Bulls. In the final weeks of 2020 he joined Inter Miami FC, and in April of 2021 was loaned out to Indy Eleven FC of the USL Championship. With Indy he made 29 appearances, completing 15 key passes and earning a tackle success rate of 66.7%.

“Patrick has been a part of a few different MLS clubs and is coming off of a very good season in the eastern conference where he started regularly for Memphis,” said Switchbacks Head Coach and General Manager Brendan Burke. “His size, engine and technical ability will add to our ability to stay on top of games and score more and more goals this year.”