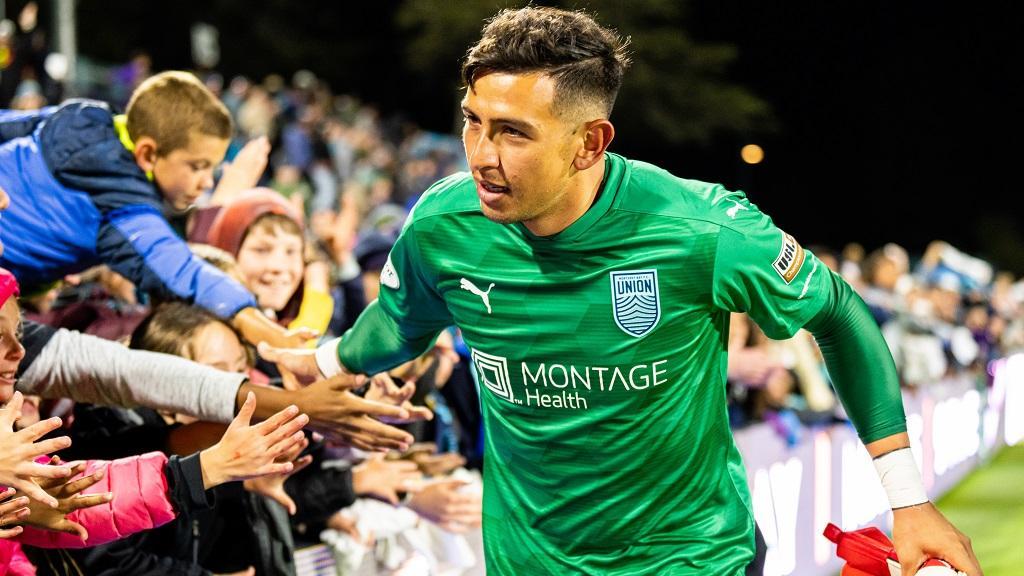 SEASIDE, Calif. – Monterey Bay F.C. announced on Monday the club had re-signed goalkeeper Carlos Herrera to a new one-year contract with an option to extend for a further year, pending league and federation approval. Herrera is set to join Antony Siaha in a promising, young goalkeeper group for MBFC ahead of the club’s second season in the USL Championship in 2023.

In his first professional season, Herrera started seven matches in between the pipes for the Crisp and Kelp, logging a total of 585 minutes. A native San Leandro, Calif., Herrera’s professional debut came on the night of Monterey Bay’s inaugural home opener against Rio Grande Valley FC, Cardinale Stadium’s grand opening. In addition to the club earning the full three points on the night, the 25-year-old led the way to the first shutout in club history, earning himself a clean sheet in his first-ever start.

“I believe Carlos is a good young goalkeeper who had some solid games for us,” said Monterey Bay F.C. Sporting Director and Head Coach Frank Yallop. “I felt that he did well in his first professional season. He’s got room to grow as a pro and we are hopeful that he can continue to develop. We are excited to have him back.”

Herrera recorded 22 saves on 37 shots faced in the club’s inaugural campaign and recorded the first saved penalty kick in club history in his final start of the year in the club’s regular season finale. In addition, Herrera finished the year with the Union’s second-ever league-wide Save of the Week award for his save on the road against Rio Grande Valley FC in Week 32.

“It is hard not to love this club and its fan base,” said Herrera. “This club feels like home. I am excited to get back to work and achieve great things here in Seaside.”