Three seasons, four different teams, a Defender of the Year award, and a league title changed his trajectory

The start of Aaron Long’s professional soccer career was anything but glamorous.

The former FC Tucson and University of California Riverside standout was drafted by Seattle Sounders FC in 2014. From there, he went on short loan spells at Sacramento Republic FC and Orange County SC in the USL Championship in his rookie season, then played for the Tacoma Defiance in its first year in 2015.

None of those assignments resulted in the breakthrough Long was hoping for, but he never gave up hope of accomplishing his goals at the professional level, even if it meant picking up a second job during the offseason.

“I would kind of do anything to extend that soccer career,” said Long in U.S. Soccer’s 26 Stories series. “So, if that was playing in the USL, working a little bit of construction in the offseason, whatever it took to just get that chance to go to that preseason.”

In 2016, Long made a decisive career move, going on trial with the New York Red Bulls and signing with Red Bull II, which played in the USL Championship. It was a season that would change Long’s life.

“We won the [USL Championship] Final, and I ended up winning USL Defender of the Year that year,” he recalled. “It was special to kind of end that year on a high and start my transition into MLS.” 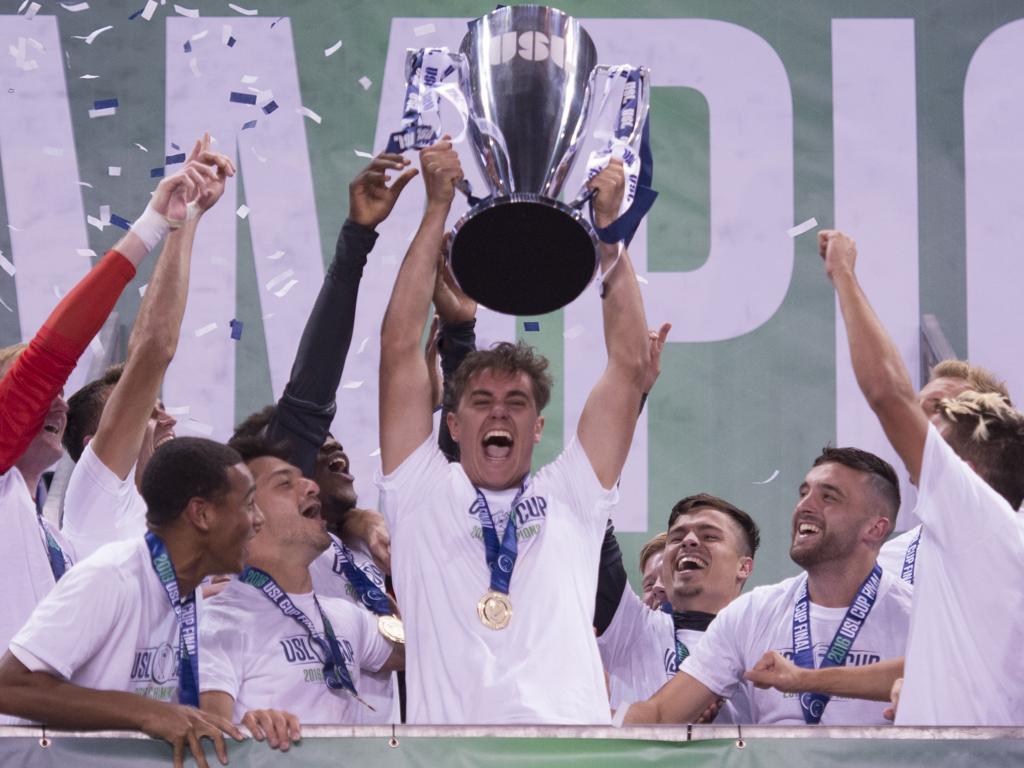 Long went on to become a mainstay for the successful Red Bulls sides of the late 2010s. He was voted MLS Defender of the Year in 2018 as the Red Bulls claimed the MLS Supporters Shield, opening the door for his first United States call-up the following year.

Long’s pathway – which saw him make 60 appearances across the regular season and playoffs in the USL Championship – remains a remarkable one.  But a lot has changed since he played in the USL. More clubs have come into existence. Player salaries have increased. CBAs have been forged at both the USL Championship and League One level.

Still, some things remain the same: Young talent is being given a chance to develop into world-class players, just like the chance that Long was given.

“There was a slow grind for a long time,” said Long. “Then all of a sudden, things started to click for me. It kind of made me look at all the things that I've been through in the past and know that it was all worth it.”