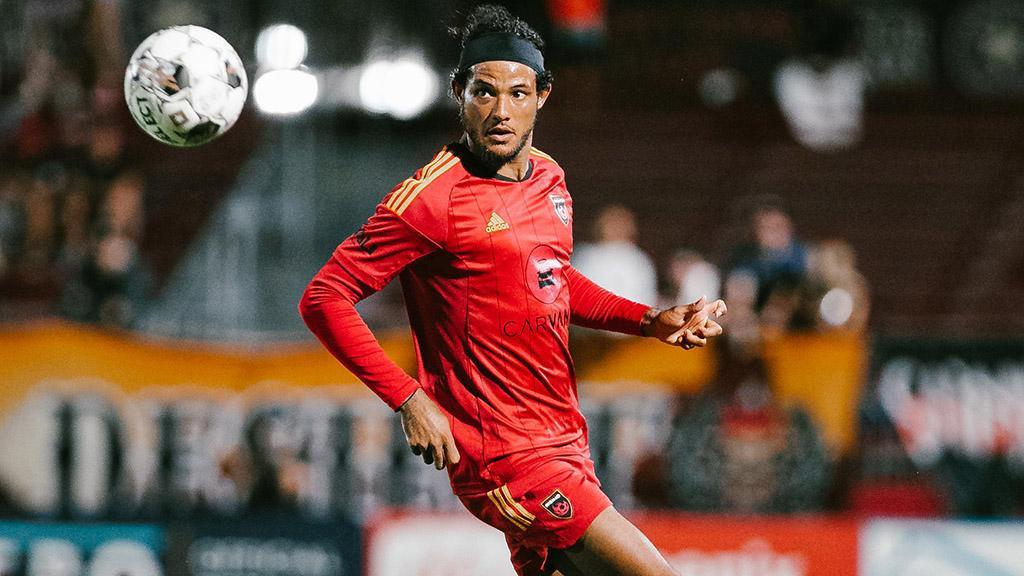 “[I'm] very excited to be a part of the Switchbacks organization in 2023 and moving forward," said Musa. "We have lots to achieve!”

Musa joins the Switchbacks after most recently competing for fellow USL Championship club Phoenix Rising FC. The 30-year-old returned for his second stint with Phoenix over the past two seasons, with his fourth overall seasons at Rising FC broken by one season with Major League Soccer’s Minnesota United FC in 2020.

The versatile veteran, who has also played in central midfield during his career, made 19 appearances for Phoenix in the 2022 season and recorded 64 clearances and a 72.7 percent tackle success rate. In 2021, he put two goals under his belt in 32 games of play, and defensively he completed 103 clearances and 56 interceptions. He also had a passing accuracy rate of 83.6 percent.

A native of Plymouth, England, Musa’s family moved to New Zealand when he was young, which resulted in Musa representing New Zealand at the international level, first at the 2011 FIFA U-20 World Cup and then at the 2012 Summer Olympics in London for the U-23s. He subsequently made his senior international debut in 2014 and has made three appearances overall for the side.

After competing in New Zealand, England and Australia professionally, Musa moved to the United States in 2016 when he joined then USL Championship club Saint Louis FC. He then joined Sporting Kansas City II the following year and helped lead the side to the 2017 USL Championship Final before making the move to Phoenix Rising FC for his first stint with the club in 2018.

Overall, Musa has made 180 appearances in the USL Championship’s regular season and playoffs, logging 15,059 minutes of action while notching 10 goals and seven assists.

“James [Musa] is a player we have liked for a long time,” said Switchbacks Head Coach and General Manager Brendan Burke. “He adds balance, size, technical ability and most importantly a winning background and mentality to our group. I am looking forward to continuing our pursuit of trophies next year with James.”