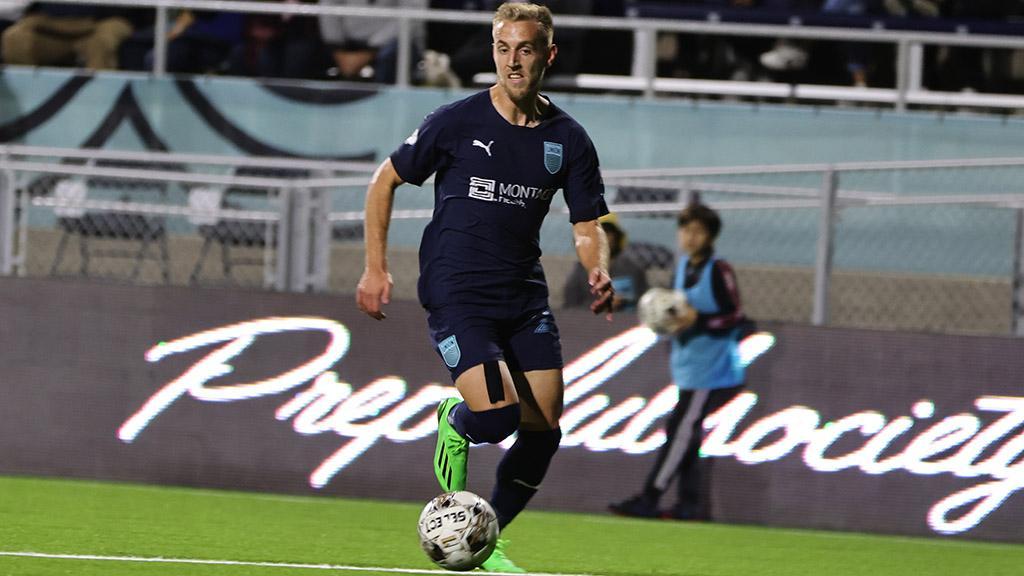 The Chichester, England native played multiple positions for Monterey Bay in 2022. Gleadle made appearances as a fullback on the backline, as an outside midfielder, and on the wing before finding his groove as a second-forward in late summer, a position in which he contributed six of his eight goals and three assists for the Crisp and Kelp, including the game-winning goal in a match against Orange County SC at Cardinale Stadium in September.

“Sam had a great second half of the season scoring eight goals in a short space of time. Once he got fit from his knee injury, he really took off,” said Monterey Bay F.C. Sporting Director and Head Coach Frank Yallop. “I think that spot just underneath the forward really suited him, but he’s got versatility. He can play four or five different positions and he looks at home in all of them. It’s great to have him. I am excited for the future for Sam, this is a good signing for the club and for the fans.”

The 2022 MBFC Team MVP, as voted on by his teammates, recorded 20 shots with 13 on target and created 23 chances in the club’s inaugural campaign. He also added 18 interceptions, 17 tackles, 10 clearances and four blocks defensively. In all competitions, Gleadle played 2,026 minutes across 28 games, 23 of which were starts. In addition, the Englishman earned three consecutive USL Championship Team of the Week honors in weeks 26, 27, and 28.

“I am very excited to be returning to this club and city,” said Gleadle. “The support we received as a team and for me individually was fantastic and I cannot wait to see how it continues to grow. Let’s continue to hold ourselves to high standards and achieve big things together.”