Veteran was one of club’s standouts in inaugural season, inks new two-year contract 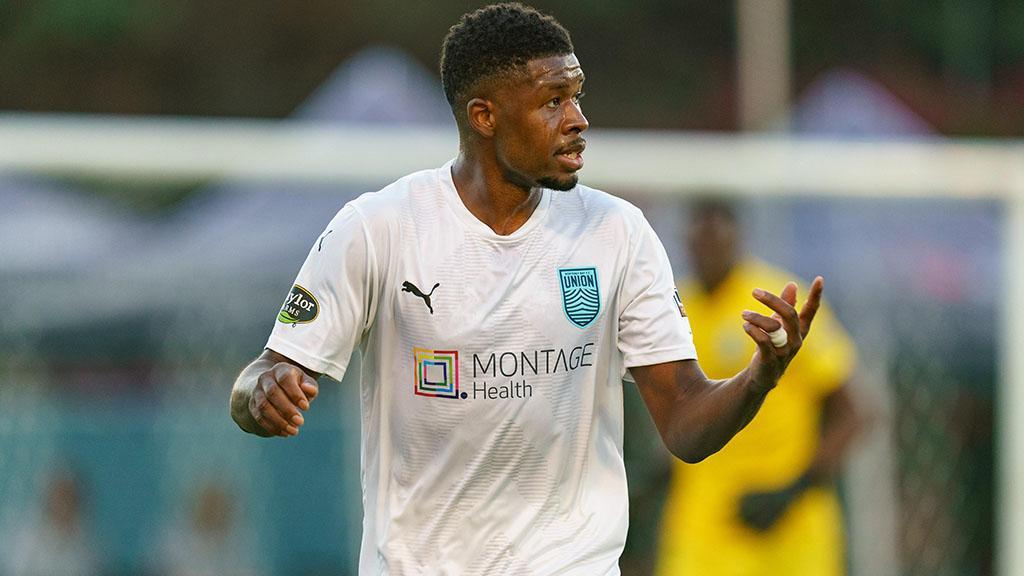 Kai Greene has signed a new two-year contract with Monterey Bay F.C. after being voted the club's Defender of the Year in its inaugural season this past campaign. | Photo courtesy San Diego Loyal SC

SEASIDE, Calif. – Monterey Bay F.C. announced on Thursday the club had re-signed defender Kai Greene to a new two-year contract, pending league and federation approval. The move returns a key pillar on the defensive back line for the Crisp and Kelp ahead of the 2023 season, the club’s second campaign in the USL Championship.

The 2022 MBFC Defender of the Year, as voted on by his teammates, quickly became an invaluable stalwart on the backline for the Union. He logged the second-most minutes on the team with 2,819 across all competitions and started in all 32 of his appearances. Greene also played a crucial role in the club’s month-long, 558-minute shutout streak that sparked the MBFC’s impressive turnaround, one that positioned the side in the race for a postseason berth in the club’s first season in late September.

“Kai was outstanding last season. He was very solid and consistent in his performances,” said Monterey Bay F.C. Sporting Director and Head Coach Frank Yallop. “I really wanted to make sure Kai was back with us and having him sign for a couple more years is great for MBFC.”

The Jersey City, N.J. native recorded two assists for the Union this season, including the game-winning assist in the 90th minute on the road in Oakland to secure the first win in club history on March 26, just three matches into the campaign. In addition, Greene finished the season with 107 clearances, 55 interceptions, 49 tackles and 17 blocks defensively, and earned USL Championship Team of the Week honors in Weeks 19 and 27.

“I’m sure it was an exciting year for the fans with it being our inaugural season as a club and first in the USL Championship, but personally I know we fell short as a team of reaching our goal,” said Greene. “We owe a few teams next year and the playoffs have to be a must. I am excited to come back to Seaside and play in front of some of the best fans in the entire league.”