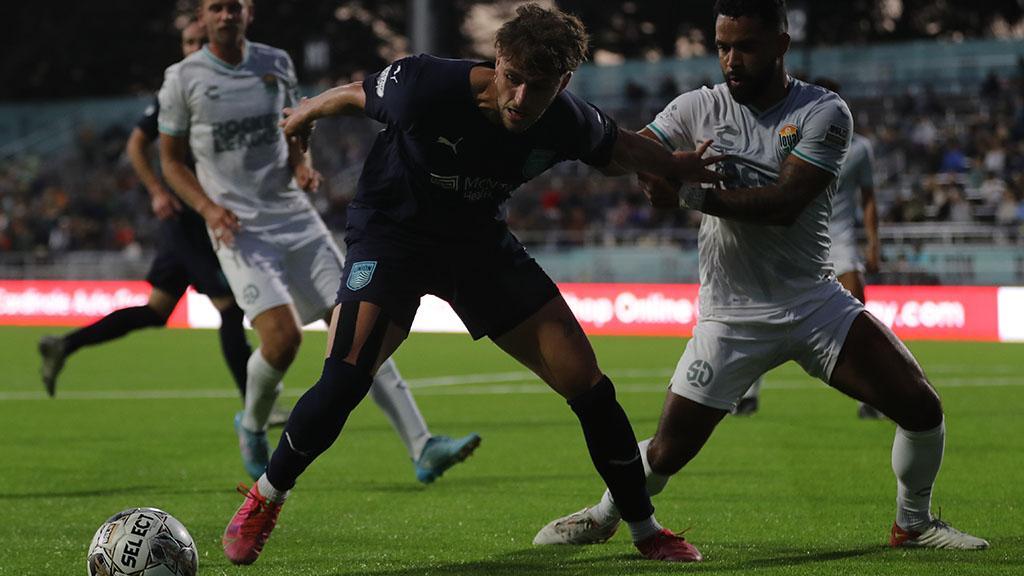 SEASIDE, Calif. – Monterey Bay F.C. announced on Wednesday it has signed forward Chase Boone to a two-year contract extension in a move that secures one of the team's top inaugural season contributors through the 2024 USL Championship campaign. The transaction is pending league and federation approval.

A co-winner of Monterey Bay’s Golden Boot award after scoring eight goals in the club’s inaugural season, Boone made an immediate mark with a two-goal performance in the club’s first win; a 3-2 victory against NorCal rivals Oakland Roots SC that began with an opening goal from Boone in the eighth minute. The Beaverton, Ore. native went on to win the team’s only league-wide Goal of the Week award for his goal against Colorado Springs Switchbacks FC in Week 12.

“Chase is very productive in what he does, he’s got goals in him. He’s really dangerous in and around the box and is versatile as he plays a number of positions,” said Monterey Bay F.C. Sporting Director and Head Coach Frank Yallop. “He works hard, and I am very happy to have him at the club. I am sure the fans will be very happy to have Chase for a couple more years as well.”

Boone earned USL Championship Team of the Week honors on three occasions last season, and over the campaign notched 25 chances created and two assists in 1,760 minutes across 24 appearances (21 starts). In addition, the forward fired off 31 total shots last season, including the second-most shots on target on the team with 18.

“I’m very appreciative to the coaching staff for re-signing me to a multi-year deal. From my first day here in Seaside, I felt right at home,” said Boone. “I couldn’t be more excited to continue to play here. Next season can’t come soon enough. I feel like we have a great core group of guys, and we are all coming in with the mindset to win.”