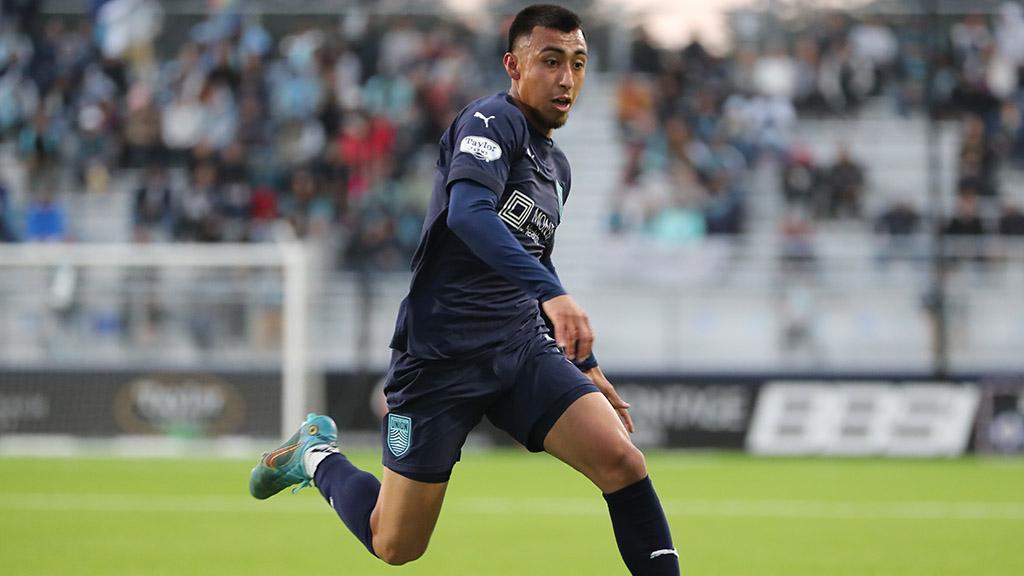 SEASIDE, Calif. – Monterey Bay F.C. announced on Tuesday the club has signed local product Adrian Rebollar to a two-year contract extension in advance of the 2023 USL Championship campaign. The transaction is pending league and federation approval.

A native of Watsonville, Calif., Rebollar scored four goals for the Crisp and Kelp in 2022, including two game-winning goals at Cardinale Stadium against Colorado Springs Switchbacks FC and El Paso Locomotive FC. His first goal of the season came in his professional debut in the 87th minute at Wild Horse Pass Stadium after coming on as a second-half substitute against Phoenix Rising FC in the club’s inaugural regular season match.

“Adrian came straight out of college into a professional environment and showed very well,” said Monterey Bay F.C. Sporting Director and Head Coach Frank Yallop. “He played a lot of minutes and contributed tremendously to the team with his high work rate and his four goals. I am very happy with him. It is nice to see a local player do so well.”

The 23-year-old won 40 fouls and recorded 30 tackles, 28 interceptions, and six clearances for the Union in the club’s inaugural campaign. Rebollar also created 14 chances and added an assist in 1,778 minutes played across 32 appearances (18 starts) in all competitions. In addition, Rebollar represented Monterey Bay F.C. in USL Championship’s Team of the Week on three separate occasions last season: Week 12, Week 20, and Week 22.

“There’s no better feeling than knowing that I’ll be coming back next year to Monterey Bay,” said Rebollar. “I am so excited to play in front of my family and this community once again. I know there are a lot of great times coming next season, I hope everyone supporting us is as ready as we are.”