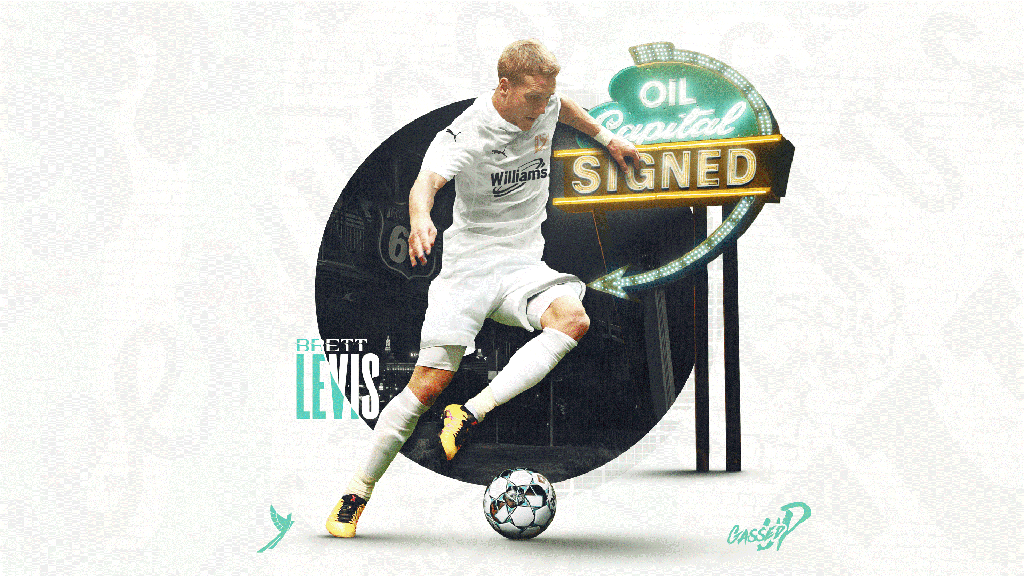 TULSA, Okla. – FC Tulsa made a notable new addition to its squad on Tuesday as the club announced it had signed defender Brett Levis to a multi-year deal ahead of the 2023 USL Championship season. Levis joins Tulsa having been voted to the 2022 Canadian Premier League Team of the Year this past season. The transaction is pending league and federation approval.

Levis joins FC Tulsa from CPL club Valour FC, where the left back has spent the past three seasons. A native of Saskatchewan, Levis racked up 39 league appearances with Valour FC dating back to 2020, notching three goals and three assists for the side. The 29-year-old brings extensive prior experience from both Major League Soccer and the USL Championship to his new club.

“Brett will get forward, he does so at the right times, he gets around, he cuts inside and makes it really challenging for the opponent to track and keep up with him,” said FC Tulsa Head Coach Blair Gavin. “Overall, his ability on the ball and his skills off the ball will help to build the overall model for our team.”

Before his time with Valor FC, Levis spent five seasons with the Vancouver Whitecaps FC organization between its MLS and USL Championship squads. Levis burst onto the scene in 2015 with Whitecaps FC 2 in the USL Championship, where he recorded eight goals and two assists in 44 appearances between the 2015 and 2016 campaigns. Levis also made four Concacaf Champions League appearances for Whitecaps FC in 2016 with three starts – the club won all four matches.

Despite a 2017 season hampered by an injury, Levis’ strong showing the two seasons prior saw him sign with Whitecaps FC for the 2018 MLS season, where he competed until making the move to the CPL in 2020.

“I’ve heard that good things are being done at FC Tulsa and speaking with Blair got me excited for a new challenge and experience,” said Levis. “I’m looking forward to joining Tulsa and making a great impression. I can’t wait to get started.”