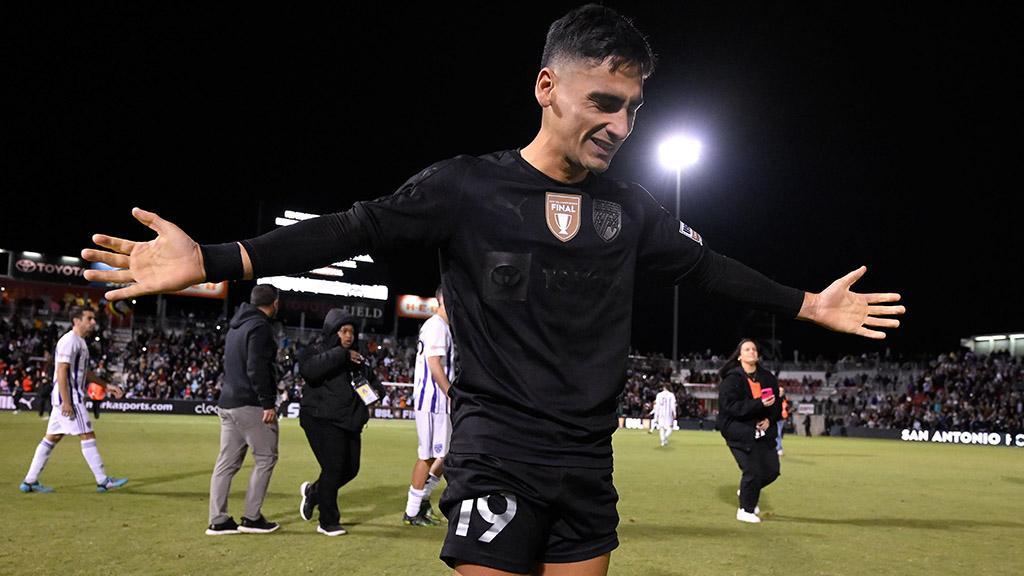 SAN ANTONIO – It was almost like a magic act.

Now you see him. Now you don’t.

Cristian Parano’s control, dribble and pass to set in motion San Antonio FC’s third goal of the night in the 2022 USL Championship Final was everything you could have hoped to see in one of the game’s best goals of all-time.

“I think Cristian Parano has something special, and he brings something different to the table than a lot of us in the attack,” said Championship Final MVP Santiago Patiño. “He helps a lot of the forwards. His ability to dribble, his size makes it really hard to stop him, he’s amazing. He’s humble, he’s a hard worker, we love him. It was a great addition to the team, and he helped us so much win this championship.”

The 2019 USL Championship Young Player of the Year in San Antonio’s colors, the young Argentine returned to the Alamo City aiming to regain the form that had earned him opportunities in Europe. On Sunday night, he lived up to memory many still have of him and then some.

Reintroduced to the lineup, Parano completed five dribbles of eight overall, but was at the center of some of the best moments for the hosts. In the 13th minute, his patience and timing sprang Patiño in behind the defense for to set up what could have been the opening goal for Samuel Adeniran. Midway through the second half, another twisting run drew the free kick that resulted in Adeniran’s tally, San Antonio’s second of the night.

And then with 20 minutes to go came the coup de grace.

“It was amazing feeling,” said SAFC Head Coach Alen Marcina, whose joy was visible on the sideline.

The decision to start Parano against LouCity – having used him as a second-half substitute in the Western Conference Final against Colorado Springs Switchbacks FC – was a key move for the hosts, but a logical one for Marcina given the matchup.

“Last game with the way Colorado Springs defended, we knew that they would, with their two holding midfielders, deny our entry between the lines,” said Marcina. “So, we went with Justin [Dhillon] knowing that it was going to be more wide opportunities.

“Tonight, different team. We knew that space was going to be there irrespective of whether they defended in that 5-3-2 or 4-1-4-1, which they switched to the second half from their defensive organization. So, we knew there was going to be space between the lines and Parano’s one of the best in the business receiving the ball between the lines and running at players.”

For Parano, that space provided the canvas for a masterpiece of a performance.