Amadou Dia, and the embrace of LouCity’s winning culture 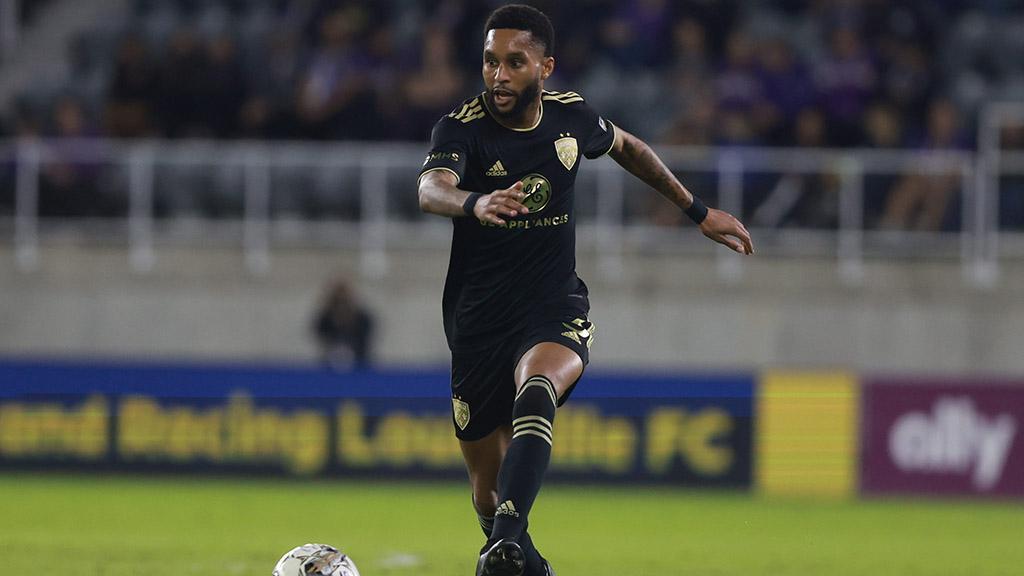 There was the beautiful new stadium, and the world-class training facility.

There was the winning culture – something he’d experienced on the opposing side when he was at Phoenix Rising FC in the 2018 USL Championship Final.

But what struck him most before signing with the club was his first conversation with Head Coach Danny Cruz.

“He told me what type of person he is, he was very honest with me, and I just really liked his character,” said Dia. “I just bought into what he was saying immediately and believed in him, knowing what he wants to do is win championships. You could tell it was all about winning and helping me grow as a person as well.”

What looked like a shrewd move at the time for both as Dia looked to rebound from a difficult campaign at Sporting Kansas City in 2021 has delivered the impact both were looking for. With an individual single-season best eight assists – and as notably an individual single-season best 59.4 duel success rate, say nothing of 41 interceptions and 161 recoveries – Dia has been a key two-way performer on the left flank.

That success – serving as an able replacement for the departed Jonathan Gomez – has helped fuel LouCity’s return to the USL Championship Final for the fourth time in club history. For Dia, who was on the losing side with Phoenix when it fell to LouCity four years ago after logging career highs in appearances and minutes played in 2018, it’s the moment he hoped his arrival in Louisville would result in.

“This would be a massive trophy for me because, one, I’ve come here and not fell short,” said Dia, “but also because I had a rough season last year, not playing as much in Kansas City when I thought I could have earned at least a little bit more playing time and things like that. And you know, when you’re not playing, you lose a lot of confidence. So, for me to come back here and bounce back and be in the position I’m in, it’s helped me out a lot.” 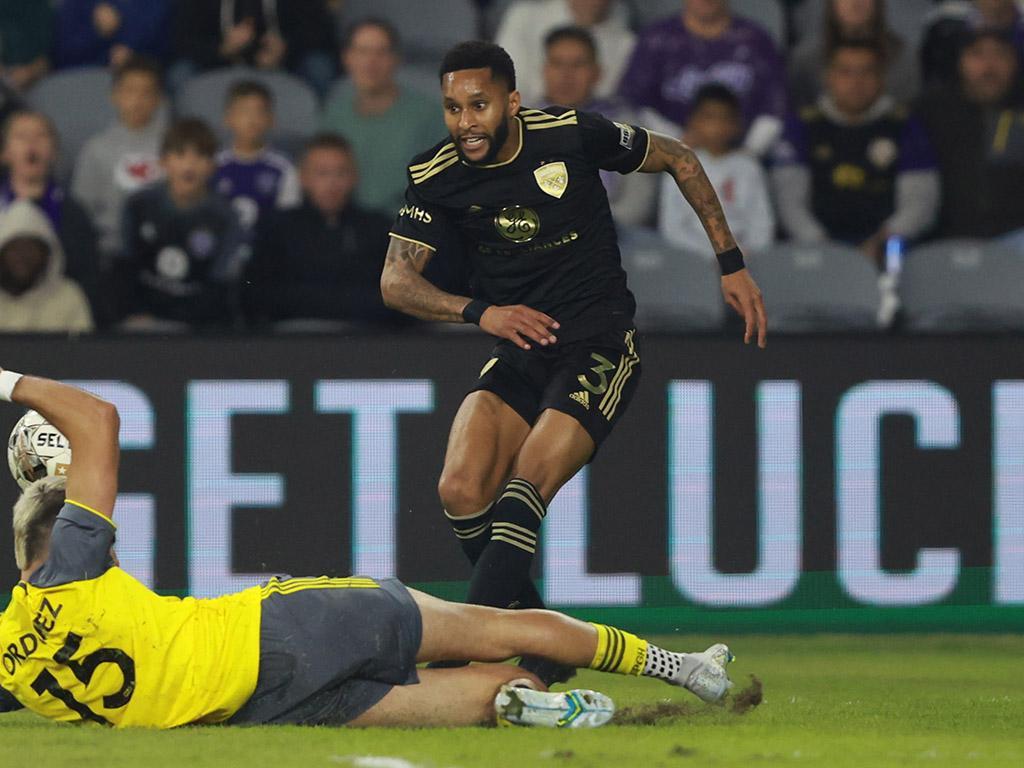 Amadou Dia's ability as a two-way player on the left side made him a major target for Louisville City FC last offseason, with his signing having paid off for both parties. | Photo courtesy Em-Dash Photography / Louisville City FC

Dia sees similarities at LouCity to other stops he’s experienced in his career. As he points out, “anybody that's played for [SKC Head Coach] Peter Vermes knows that you’re there to win 1,000 percent.” What the 29-year-old thinks is different about his new surroundings, though, is the level to which players will hold each other accountable in training and during games.

“Every single day, whether you’re playing 5-v-2 or playing 11-v-11, it doesn’t matter, you’re going out to win, or you’re going to hear it, and not just from Danny,” said Dia. “All the other players, they make sure to hold you accountable. For example, when I first came here, and would make a mistake, a simple mistake that I don't usually do when I’m really locked in and focused, I heard it from everybody. And that’s just the way it is here. Everybody knows you’re here to win and if you’re not here to win, and everybody can see that you’re not giving it your all, you’re going to hear it.”

For Cruz, the buy-in Dia has shown in embracing LouCity’s culture has lived up to the hopes he had when the club signed him.

“I mean, I cannot speak highly enough of the man that he is, and the professional that he is training every day,” said Cruz. “I think the quality that he brings on the field is undeniable. He's done an excellent job of taking on where we want him to be better, taking on all the tactics, learning how we do things here, those are not easy things to do. And when I see how he’s integrating himself into the culture, and more importantly the type of person that he is, he deserves to be having the year that he’s had.”

As importantly, Dia has offered a level of flexibility for Cruz in the defensive structures LouCity has aimed to implement. As solid as Dia has been defensively – as seen in his 72.5 percent tackle success rate on 29 won tackles – both he and right back Manny Perez are just as capable going forward. That’s afforded Cruz the ability to play either in a conventional back four, or to employ all three of Sean Totsch, Joshua Wynder and Wes Charpie in a three center-back system, where Dia and Perez are afforded more freedom as wingbacks.

“When we acquired him that was one thing that we really liked about it, his ability to do both,” said Cruz. “Even in our back four, he provides an attacking option for us, his service has been incredible. So, I look at the acquisition from where we were in December trying to acquire him and where we are now, and he has fit in perfectly.” 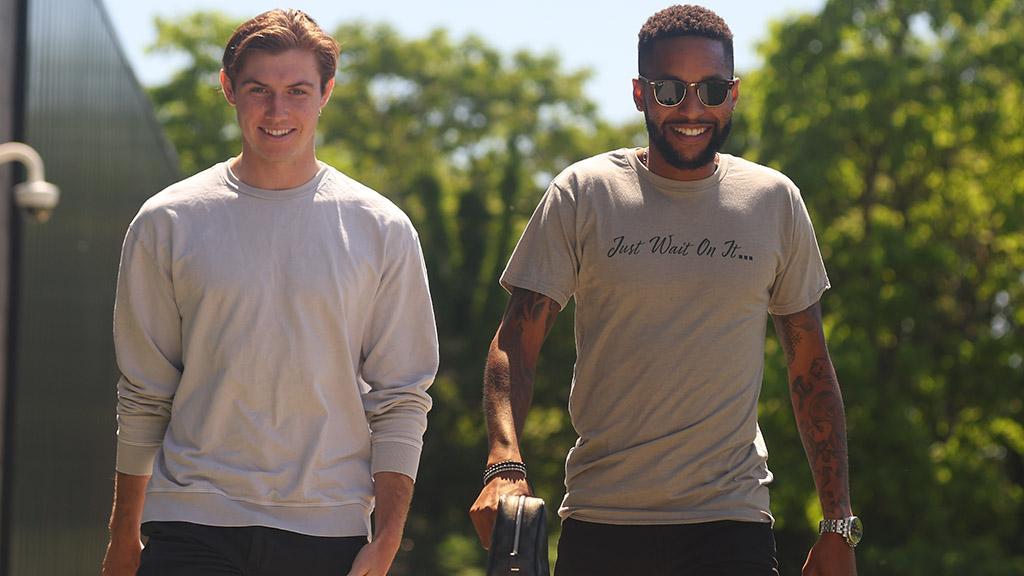 “I enjoy the big responsibility that the team and Danny puts on me, meaning being solid defensively but also being a big part of the attack,” said Dia. “It’s a lot of work, but I wouldn’t have it any other way. To me, it’s testing me physically and mentally and I think I've stepped up to the challenge.”

Dia wasn’t the only player with Sporting Kansas City ties that made the move to LouCity this season. The arrival of young winger Enoch Mushagalusa and forward Wilson Harris – both of whom have made notable impacts of their own this season – provided a touchstone for all three in their new surroundings, something Dia believes helped them all settle more quickly.

Now for Dia, there’s the chance to accomplish what he set out to when he arrived at LouCity and earn the Championship Final winner’s medal that has previously eluded him.

“It means everything,” said Dia. “I think it will be a massive step in my career, and also a massive step for me personally in my confidence, and in my joy for the game as well.”