Early influence from Hector Jimenez, continued progression in Alamo City has made 27-year-old invaluable to SAFC 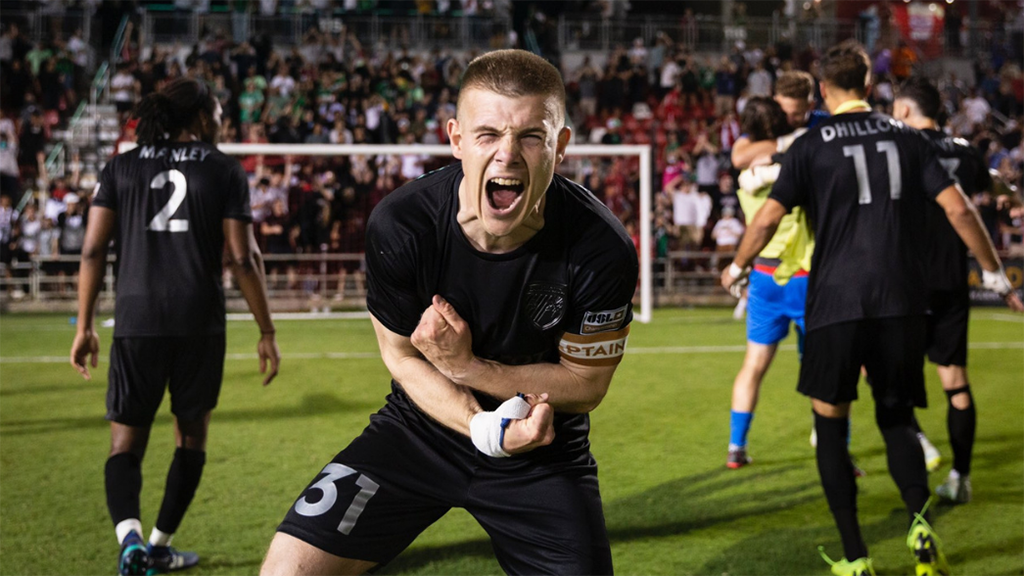 In three consecutive seasons, he was voted to the All-Big Ten First Team, earning unanimous selection in his sophomore and senior seasons. Across his final two seasons, he recorded 15 goals and seven assists in 34 games, averaging a goal contribution every 135 minutes.

In the pros, he was projected to become a right back.

“It was difficult to hear that honestly,” said Maloney, now a standout at San Antonio FC, this week. “Once I knew I was drafted, I knew that I was going to be playing right back or left back and I started training right away with my coach in college, [Nittany Lions Head Coach] Bob Warming, and he got me ready.

“It was a tough transition. The professional game is not easy. Professional-level speed is a lot quicker, your decision making has to be a lot faster.”

At the same time, as he arrived for his first preseason with the Columbus Crew, Maloney’s mindset was simple.

Arriving in Columbus, Maloney quickly acquired a key ally in that goal. Then in his seventh season in the league, Hector Jimenez – currently of Austin FC – showed his new teammate the ropes and set Maloney on a course that has made him not just the most versatile player in San Antonio FC’s lineup, but one of the club’s most important pieces over the past three seasons.

“[Hector] has been in MLS and has played all these different positions,” said Maloney. “I learned from him. He always took in information, whether it was his position or not. He could execute just about anything in any different role. So, I really have to credit him for teaching me the way. I just try to soak up as much information as I can, whether it’s my position or not, just to be ready at any point.”

Departing Columbus after three seasons, Maloney quickly put his new-found versatility to use as he arrived in San Antonio. Officially listed as a defender, the 27-year-old has made 74 appearances for SAFC across the regular season and playoffs. According to Opta, 11 of those have come with his starting position as a defender, 62 have come as a midfielder, and one has come as a substitute. 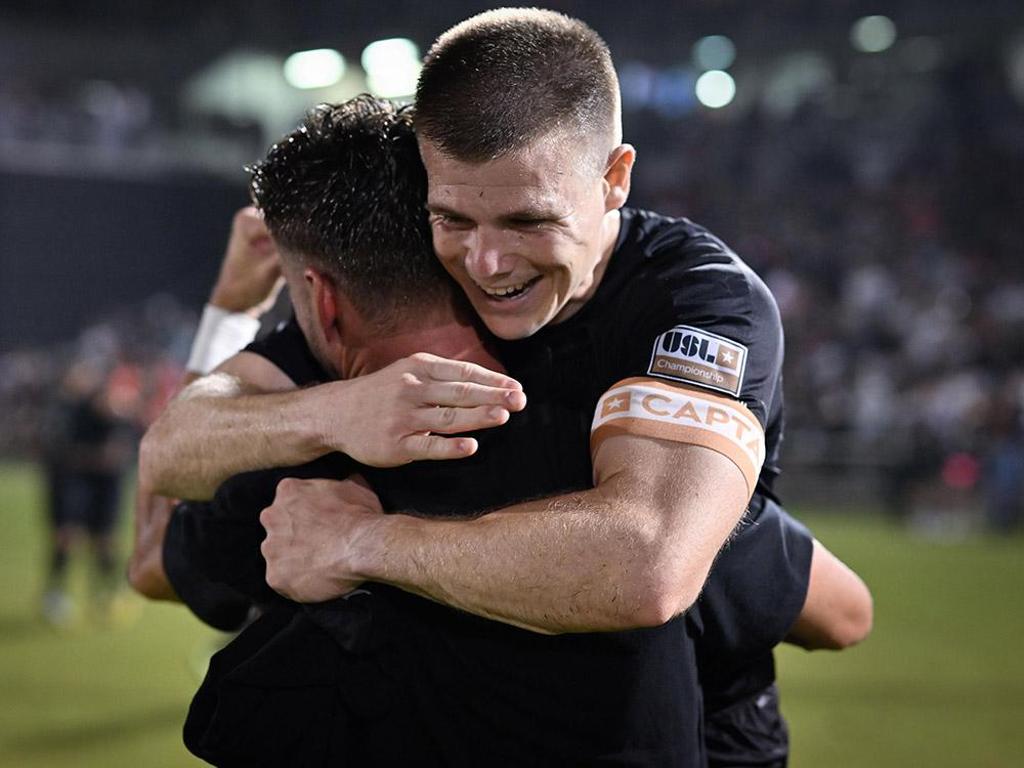 Dig further into his profile on TransferMarkt, and you see positions as diverse as center back to left winger this season alone, making him arguably the most versatile player in the league.

Maloney credits the continuation of the start he made alongside Jimenez to San Antonio Head Coach Alen Marcina. Last Sunday night in the absence of regular captain PC, Maloney donned the captain’s armband in the side’s Western Conference Final against Colorado Springs Switchbacks FC, a sign of the regard he’s held in at the club.

“Working with Alen is amazing,” said Maloney. “He’s a great person. He’s selfish, because he wants the best for you, and we love that here. He wants to see us progress and that is right now what all of us want to do is progress. That means different things for different people, but he and I always have great conversations and you can always go to him whenever you want, whenever you need anything. But he’s also great at his job. He’s done such a good job the past few years.”

Maloney’s combination of reliability and on-field quality – recording more appearances and minutes played than anyone else in San Antonio’s squad in the past three seasons – earns the same type of praise from Marcina.

“Every club and coach desires a Connor Maloney-type,” said Marcina. “An incredible human being with a growth mindset, a leader, an all-in commitment to the vision, and an on-field high performer. Connor's expansive skillset and receptiveness to tactical information to then immediately apply, perform and execute the asked tasks are invaluable traits.” 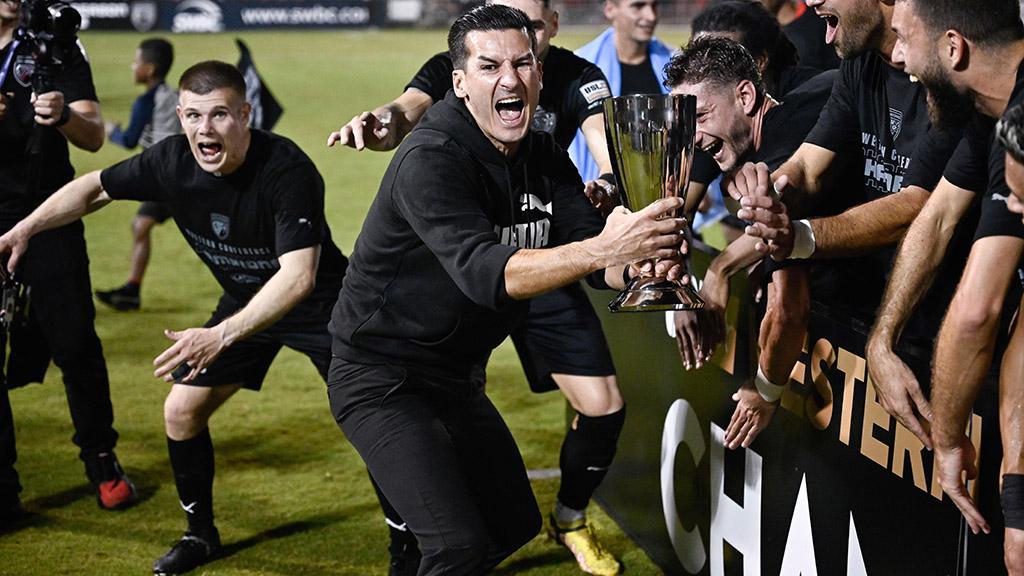 Against the Switchbacks, Maloney even showed his scoring touch – which had been such an asset in his college days – hadn’t deserted him. After more than 6,000 minutes in the USL Championship, his opening goal against Colorado Springs, which set the side on the way to its first Western Conference title, was his first in the league.

“Honestly, I didn’t even know what to do because I haven’t scored in so long and I didn't even know how to celebrate,” he said. “But I was just happy, and I just wanted to celebrate with the guys. When I scored, I just started screaming because just all the emotion that came with it.

“That was something Alen was teaching us and preparing us for, to make runs in the box, recycle runs, and that’s what I did when the ball fell at my foot. Luckily, I was able to put it in.”

After advancing past the disappointment of a penalty shootout defeat in last year’s Western Conference Final against Orange County SC, Maloney is eager for Sunday’s chance to lift a league title.

If his time in San Antonio so far is any indicator, he’ll be right in the middle of the action should they do so.

“It would be something very, very special to the city, to the fans,” said Maloney. “But we know it's not going to come easy. Louisville is a great team. They’ve been there. They’ve done it. They’ve been there, they’ve lost. They have a lot of experience and a lot of great players, so it’s going to be difficult. But Alen is going to have us prepared and ready to go to fight and try to win this game.”