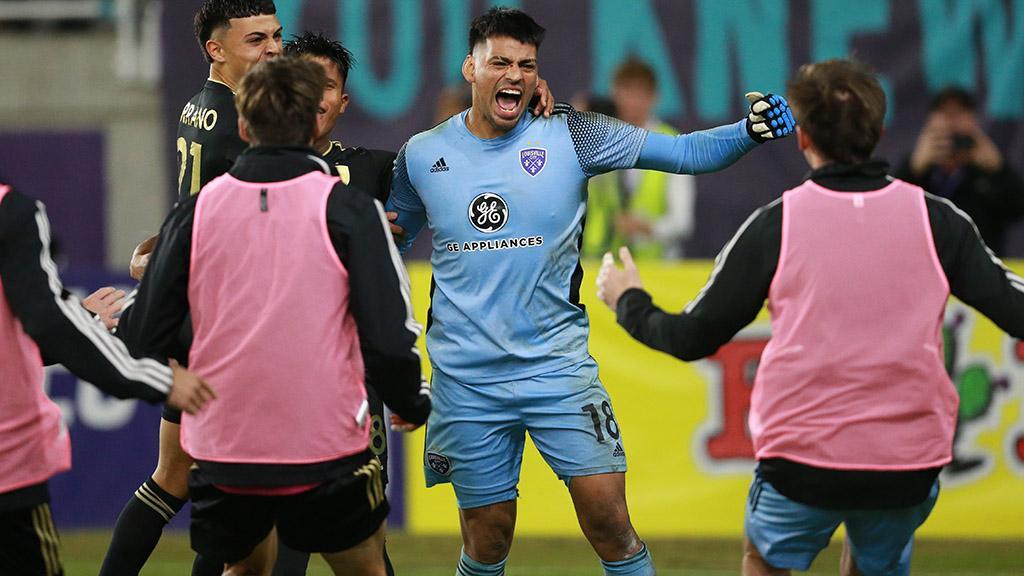 If there’s any lesson to be learned from Louisville City FC’s Danny Faundez, it’s that it’s never too late to achieve your goals.

After all, it wasn’t until Faundez had turned 29 years old earlier this year that he made his professional debut in the USL Championship.

“It’s definitely something I didn't expect at the beginning of the year, but obviously, it’s something I’ve worked for all these previous seasons,” said Faundez. “My mindset didn’t really change – just work as hard as I can, and I was fortunate enough to have a coaching staff that believed in me.”

So, what happened in the seven years between Faundez – a native of Seattle, Washington – signing his first pro deal with the club now known as the Tacoma Defiance in 2015 and his USL Championship debut?

Turns out, Faundez got about the best goalkeeping education you could imagine.

Having gone to Chile as a teenager, where he competed for Everton’s U-20s and trained with the First Team, Faundez returned to his native Seattle in the belief he was missing something as an aspiring professional goalkeeper.

“I come back to the States, and I just felt like I wasn’t a very well-trained goalkeeper,” said Faundez. “That may be just because Americans are usually very good at the goalkeeper position, but, yeah, it took me a while to just get retrained and feel like I was in a position to compete with such great goalkeepers that were around.” 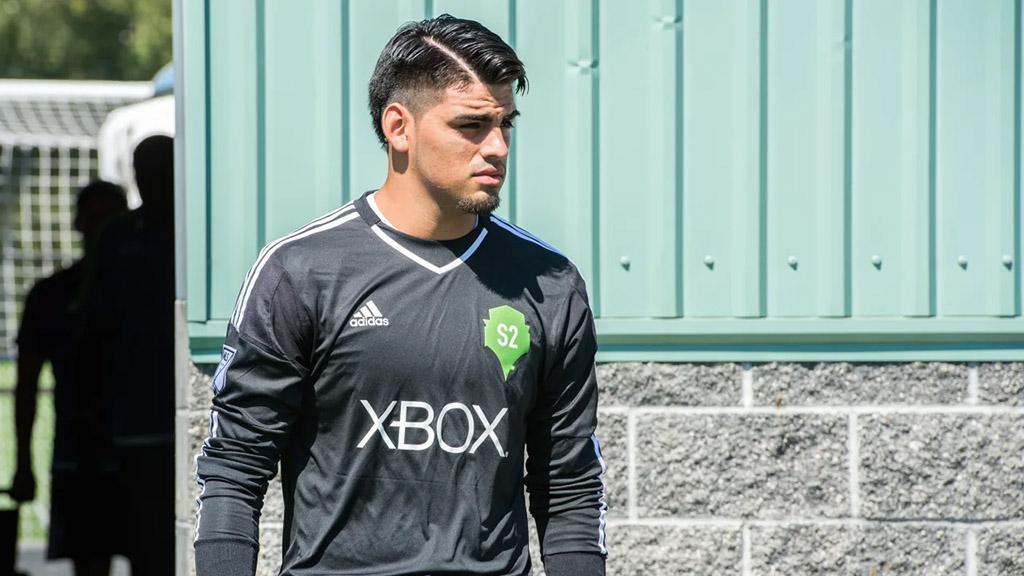 After being part of the then-Seattle Sounders FC 2 roster in 2015, Seattle native Danny Faundez continued to train with the club's first team for three years as he learned from legends like Kasey Keller and Stefen Frei. | Photo courtesy Seattle Sounders F

Working with the Sounders as part of the Defiance, Faundez got to train with United States legend Kasey Keller and current Sounders starter Stefan Frei, as well as the rest of the stellar roster that has called Seattle home in Major League Soccer in recent years. That didn’t come with a roster spot, but Faundez remained committed, attending training with the Sounders and honing his craft while working at a local indoor soccer facility to pay the bills.

“Being from Seattle, that was enough to keep me there,” said Faundez. “I had a good job at the time, and then being able to still be a part of that organization, although it was unofficial, you got to get content there for a few years.”

Then began the hustle. Faundez headed originally to Southern California and connected with an equipment manager for Orange County SC as the club trained at Great Park. From there, he got the number of OCSC’s goalkeeper coach, and after an exchange of text messages for a couple of weeks, Faundez got the same role for the USL Championship side as he’d had with the Sounders.

“I was a practice player for a year until they decided to sign me for two seasons,” said Faundez.

After seeing no action over his two years with Orange County, Faundez continued his pursuit, and contacted Louisville City FC ahead of the club’s open tryout early in 2022.

“The open tryouts for Louisville City had [Goalkeepers Coach] Scott Budnick’s direct contact info on it,” said Faundez. “So, I put two and two together, I was like, ‘Hey, this is a goalkeeper coach, who’s a better person to talk to?’ I reached out, he reached back right away, and I made my plans to come to the open tryout.”

LouCity has had a reasonable history of success through its tryouts. Former player Kyle Smith – now of Orlando City SC – joined the club that way in 2016, and so did current squad member Oscar Jimenez, who has made 160 appearances for the club across the regular season and playoffs since arriving before the 2017 season.

“When you’re hosting something like that, you’ve got to believe there’s an opportunity to find somebody,” said LouCity Head Coach Danny Cruz. “So, going into it this year, just like we have every year since I’ve been here, we were like, ‘OK, let’s put these guys through the games and let’s see what we can find.’” 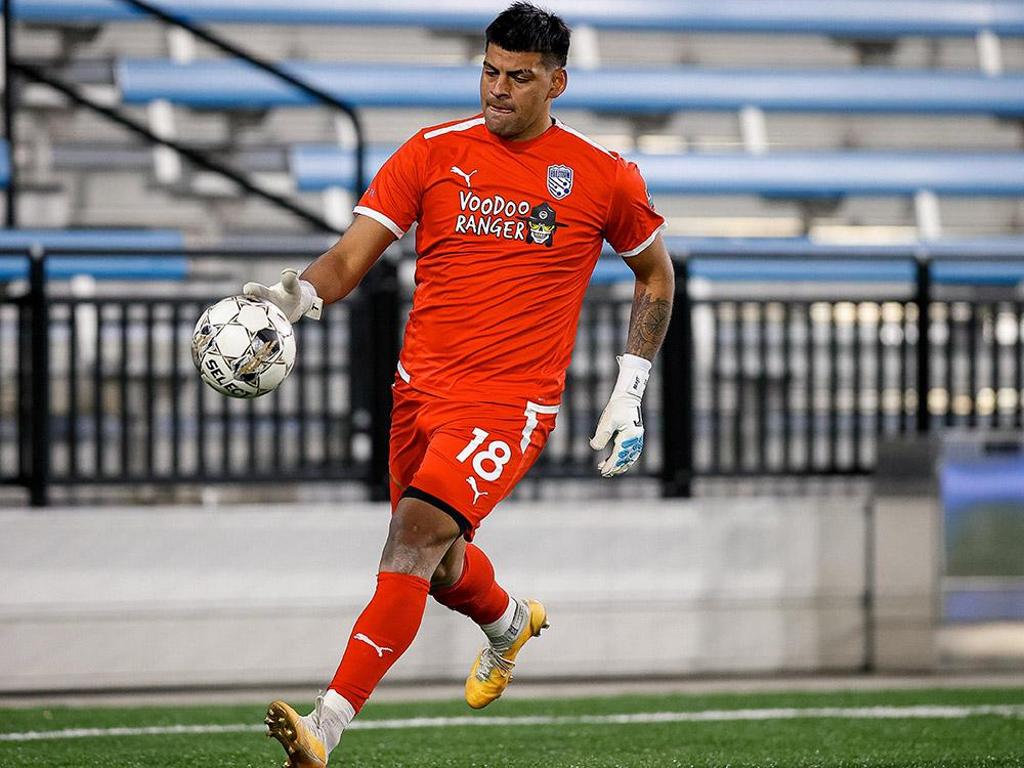 Faundez’s potential immediately jumped out to Budnick, who has been LouCity’s goalkeeping coach since 2019.

“Danny came in, and we liked what we saw,” said Budnick. “Our open tryouts are usually in the weeks preceding training camp, so there’s usually a handful of guys that are either back in market or who never left, and we also have some kids from area colleges that are usually looking to work out. We usually group the upwardly mobile open trialists with that group, and again, Danny stood out and showed his quality, so we kept inviting him back and we ended up bringing him into preseason with us.”

Joining a squad that had already made the signing of two-time Championship Goalkeeper of the Year finalist Kyle Morton to be its No. 1, Faundez’s goal for the season was to make one appearance. That moment came in the Lamar Hunt U.S. Open Cup, where he made his senior debut on loan with USL League One club Northern Colorado Hailstorm FC in its Second Round upset of USL Championship club Colorado Springs Switchbacks FC in April.

His first opportunity in the Championship then arrived nine minutes into LouCity’s visit to the Tampa Bay Rowdies on June 5, when an injury to Morton thrust him into the action. While he was unable to keep out a penalty kick by Tampa Bay’s Leo Fernandes just before halftime, his three-save performance helped keep the side in the game.

While Morton retook the starting position after his recovery from injury – eventually earning the Championship’s Golden Glove at the end of the regular season – the competition between the trio of Morton, Faundez and Parker Siegfried on a daily basis not only kept the intensity high for all three, but helped raise Faundez’s game to a point where there’s been little change in the club’s goalkeeping numbers after Morton suffered a late-season injury, moving Faundez into the spotlight this postseason. 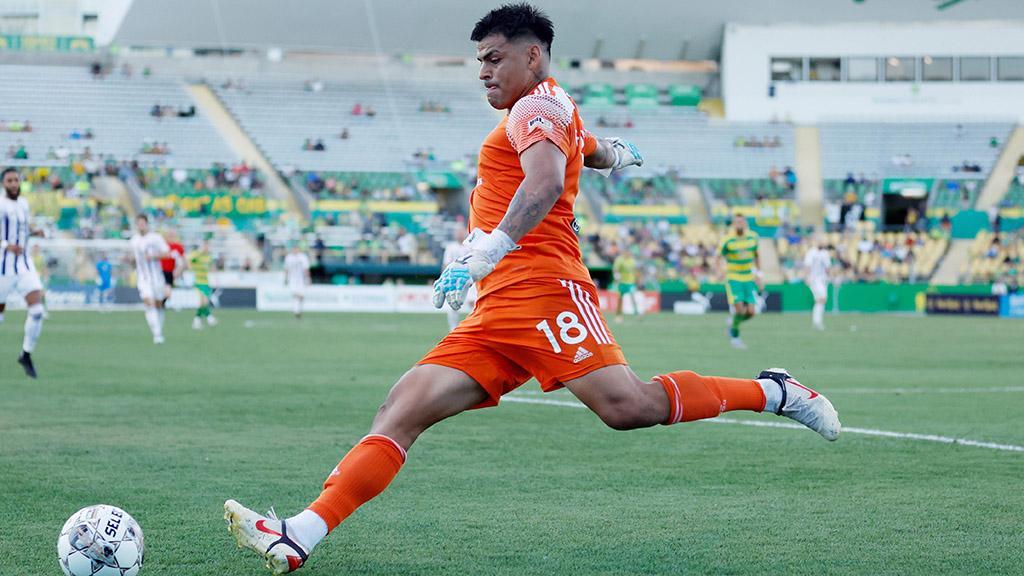 Danny Faundez made his debut for Louisville City FC as a substitute against the Tampa Bay Rowdies on June 5. He's now in line to be the starter in this Sunday's 2022 USL Championship Final. | Photo courtesy Matt May / Tampa Bay Rowdies

“We just have an overall competitive group,” said Faundez. “Me showing up and never letting my foot off the gas really pushes Parker, and it pushes Kyle to do the same. We cheer for each other. We’ve become quite close. There's no bad blood in that group. When I got my chance, I got really sweet messages from both of them and support from both of them, as they got from me.”

“The thing that stood out to me the most was his commitment,” said Cruz. “Getting himself here was his commitment to make his own way to take this opportunity. Those are the types of people that I would work with every single day if I was able to. That was the thing that stood out to me the most. When I found out where he came from with regard to Orange County, and when I found out how he got here, I walked away really impressed, ‘OK, well let’s see what this kid can do on the field’ and sure enough with his character, he's worked great.”

And while Faundez was unable to keep out a penalty kick in his professional debut, his save to open LouCity’s penalty shootout against Pittsburgh Riverhounds SC in the Eastern Conference Semifinals of the 2022 USL Championship Playoffs presented by Hisense provided a signature moment for an unexpected hero. 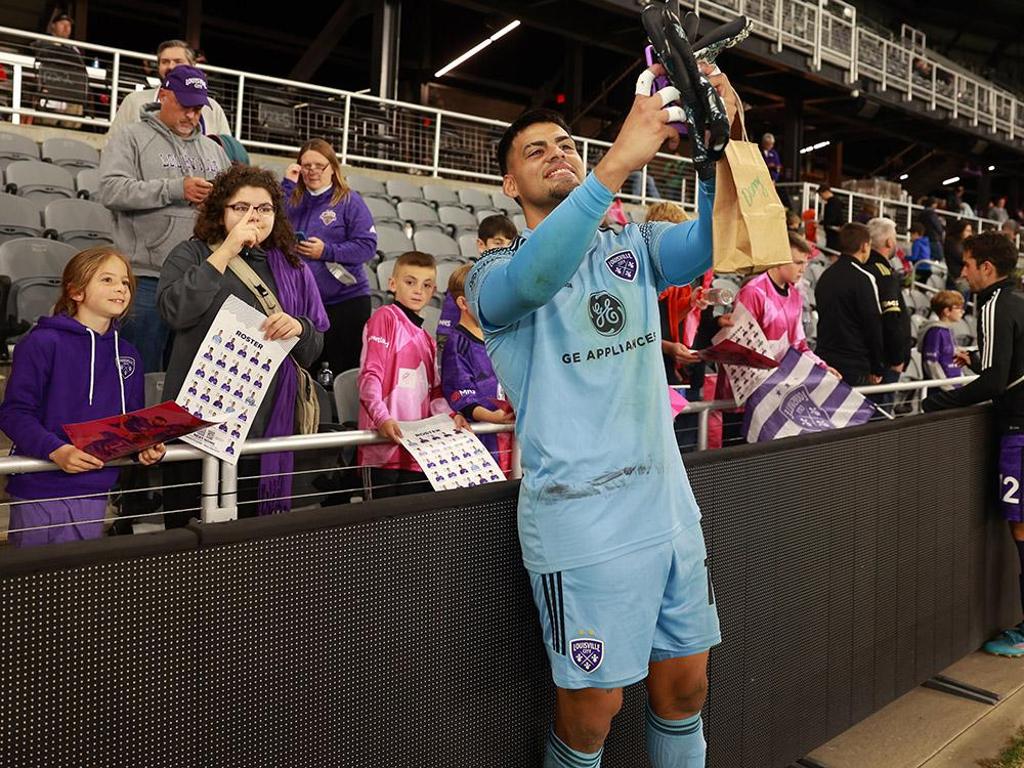 Danny Faundez's personality has made him an ideal fit in Louisville City FC's locker room, where the goalkeeping trio have become close over the course of the campaign. | Photo courtesy Em-Dash Photography / Louisville City FC

“I actually rate myself in penalties, so I was quite confident,” said Faundez. “I was more excited for the moment. I was thinking I wanted to get to two saves, but I knew I would get one and was hoping it was enough to help the team move forward.”

When Carlos Moguel Jr.’s penalty kick to open the fifth round sealed LouCity’s advancement, the Academy kid and the preseason trialist got to celebrate together before being mobbed by their teammates at Lynn Family Stadium.

“A lot of different emotions were going through me,” said Budnick. “First, I was very glad that we reached the next round. A lot of our success as a team is really predicated on a lot of daily processes and daily efforts that pretty much go unnoticed, so all of our staff and front office personnel was really elated to get to the next round.

“The next thing I was thinking about was how proud I was of Danny and how much he’s been able to capitalize on the moment. It doesn't always happen that way.”

From an observer at the 2021 Championship Final to a starter this year, Faundez’s journey as a goalkeeper has already taken numerous ups and downs. For Budnick, that’s maybe a key to why a player with less than 10 official appearances in the Championship has been ready to meet this moment.

For Faundez, meanwhile, the opportunity that Sunday offers represents everything he’s been working for.

“I've been asked multiple times, why don't I just give it up?” said Faundez. “I’ve been told to get a real job when it wasn't working out. And now I feel like I’ll never have to answer that again.”