Midfielder was part of club’s 2017 playoff side, signs multi-year deal to rejoin club in 2023 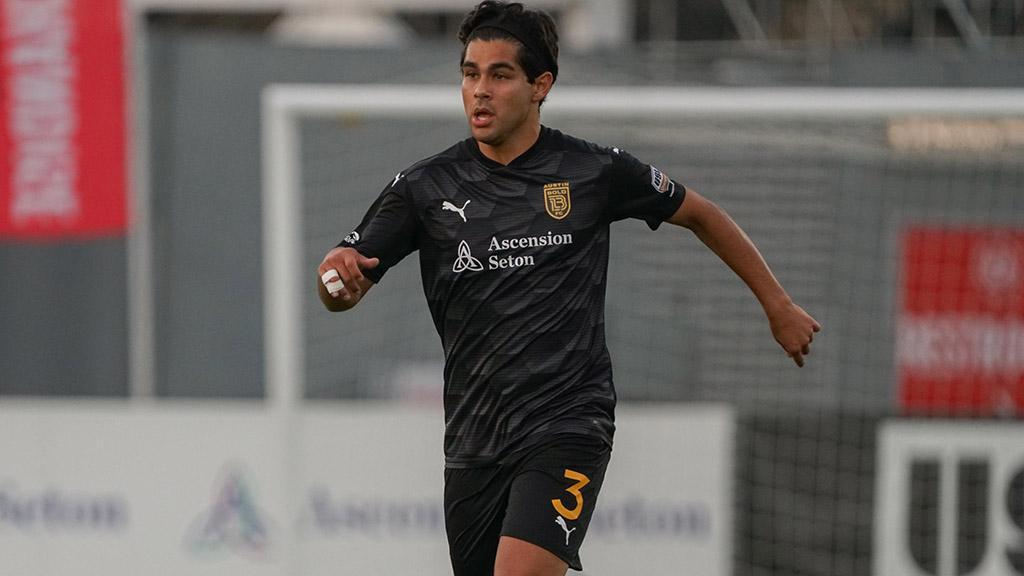 Collin Fernandez has made 110 regular season appearances in the USL Championship's regular season during his career as he returns for a second stint at FC Tulsa next season. | Photo courtesy Austin Bold FC

TULSA, Okla. – FC Tulsa announced on Thursday it had signed midfielder Collin Fernandez to a multi-year contract ahead of the 2023 USL Championship season, bringing the veteran back to Tulsa for a second stint with the club. The signing is pending league and federation approval.

A 25-year-old midfielder from Illinois, Fernandez was a critical part of the 2017 Tulsa squad that reached the USL Championship Playoffs for the first time in club history. He recorded one assist in 28 appearances while playing a defensive role and concluded the campaign with an 86.6 percent passing accuracy rate and a 58.3 percent duel success rate.

“Collin is unique in the fact that he’s a true box-to-box midfielder,” said FC Tulsa Head Coach Blair Gavin. “Defensively, he’s feisty, he gets into duels, and he’s someone that’s relentless when it comes to trying to get the ball back. Offensively, he has the vision and composure to play final passes or create chances himself. We’re very excited to have him.”

Fernandez re-joins FC Tulsa off the heels after making 24 appearances for Sporting Kansas City II in MLS Next Pro. Fernandez served as captain on 19 occasions as he set a single-season career-high record with four assists alongside one goal in the campaign. Defensively, Fernandez won 59 percent of his duels and averaged 3.67 interceptions per 90 minutes played.

Despite his young age, Fernandez has plenty of professional experience. He began his career as the fifth homegrown signing in Chicago Fire FC history in 2014 and made a handful of MLS appearances for the Fire between the 2015 and 2016 seasons.

Over his USL Championship career consisting of stints with Austin Bold FC, Phoenix Rising FC, Saint Louis FC, Tacoma Defiance, FC Tulsa, and Louisville City FC, Fernandez has amassed 113 appearances with eight goals and seven assists. In 2018, Fernandez won the Western Conference with Phoenix Rising FC and was a member of the club in 2019 when it won 20 consecutive matches, a USL Championship record.

In addition to his domestic career, Fernandez has capped seven times for the United States U18 squad and five more times for the U20 team. Fernandez elected to instead represent Peru internationally in 2016 and made two appearances for its U20 side as well.

“When I heard of all the special things going on in Tulsa, I knew it's where I wanted to be,” said Fernandez. “I can’t wait to get to work with the staff and my future teammates. See you soon FC Tulsa fans, I’m stoked to be back on your side!”