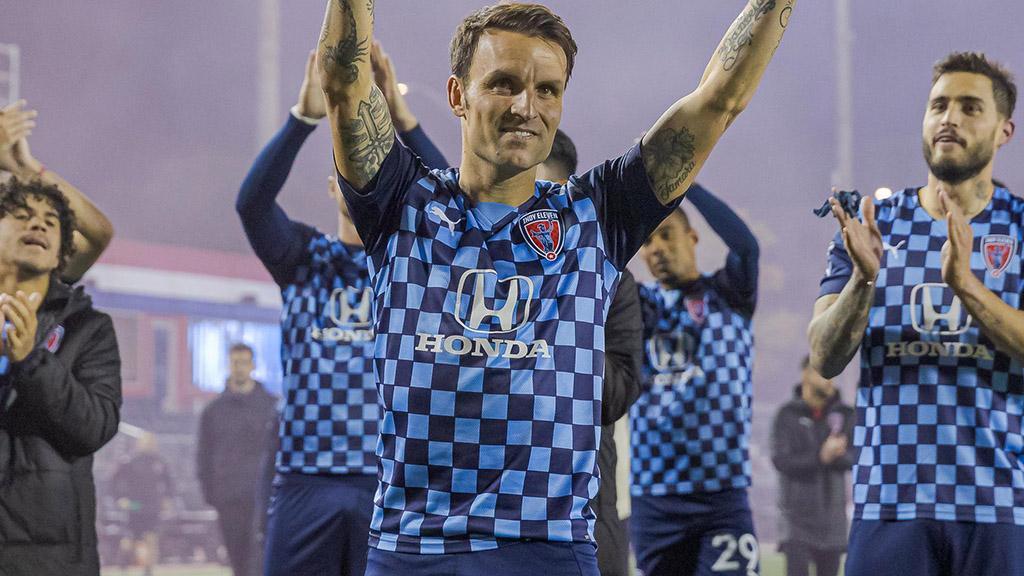 INDIANAPOLIS – Indy Eleven announced on Wednesday the appointment of Ayoze Garcia Pérez as an Assistant Coach on the Technical Staff of Head Coach Mark Lowry. The 36-year-old had previously announced his official retirement as a player following the conclusion of the past season.

“Bringing Ayoze onto our Technical Staff was a very easy decision,” said Lowry. “His professionalism and career speak for themselves, he is respected as a player and person throughout the global soccer community, and his knowledge and experience will make us a stronger group of coaches. We are excited to see him grow into his role and contribute to bringing future success to the club.”

“After 19 years as a professional player, today I have decided to put an end to this chapter. I will continue to enjoy this sport that I am so passionate about, just now in another position,” said Ayoze. “I want to thank the club and Mark Lowry for giving me the opportunity to be part of the coaching staff. I am eager to learn and continue making history with Indy Eleven.”

Ayoze finished his five seasons with the Boys in Blue between 2018-22 as the club’s career leader in games played (126), games started (106), and assists (22), and placed tied for fifth with 13 goals. He is one of just three players to appear in games across five seasons for Indiana’s Team, joining his contemporary Karl Ouimette (2018-22) and “Eleven Original” Brad Ring (2014-18) on that distinguished short list.

“The Indy Eleven family is excited for Ayoze to build upon his unparalleled legacy with our club in this new role,” stated Indy Eleven President & CEO Greg Stremlaw. “The decision to embark upon this next step in his career here speaks volumes to the culture that his class and character contributed so much towards over the last five years.”