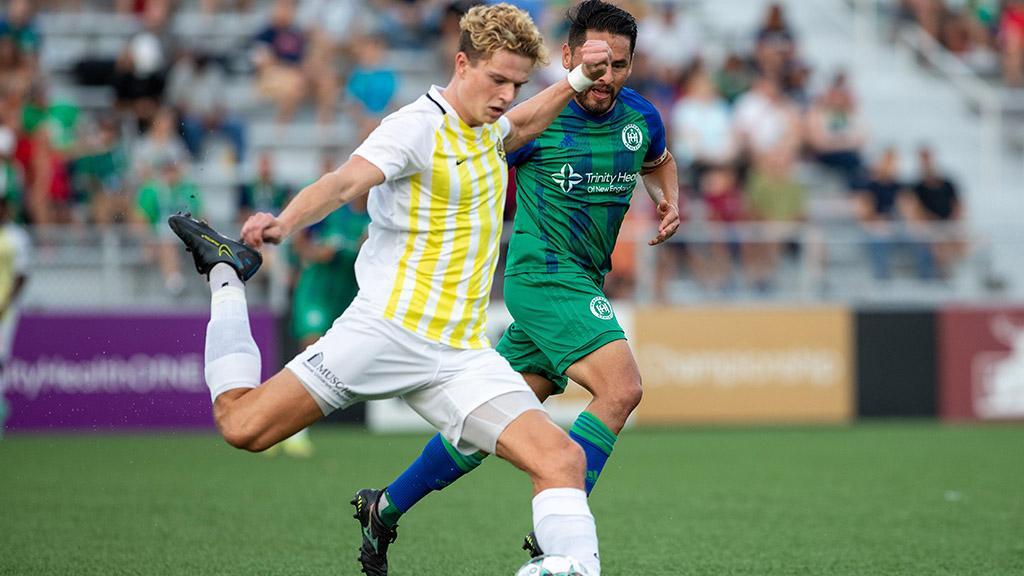 “Erik is a young and talented defender we're excited to bring into the team,” said Locomotive FC Head Coach and Technical Director John Hutchinson said about the new signing. “He has a bright future and with his pedigree we think he can develop into a tenacious defender in this league.”

A native of Gothenberg, Sweden, McCue spent time in both the academy systems of D.C. United and the Dynamo after moving to the United States in 2015. With the Dynamo, he earned multiple honors, including being voted the club’s U-17 MVP in 2017.

In 2018, McCue signed a Homegrown Player contract with the Dynamo, and subsequently spent time on loan in the USL Championship with Rio Grande Valley FC. After a shortened 2020 season, McCue joined the USL Championship’s Charleston Battery on a season-long loan with Charleston Battery for the 2021 campaign. With Charleston, he made 15 appearances and scored one goal, and had one assist.

McCue most recently competed for AB Argir in the Betrideildin, the top division of the Faroe Islands Premier League.