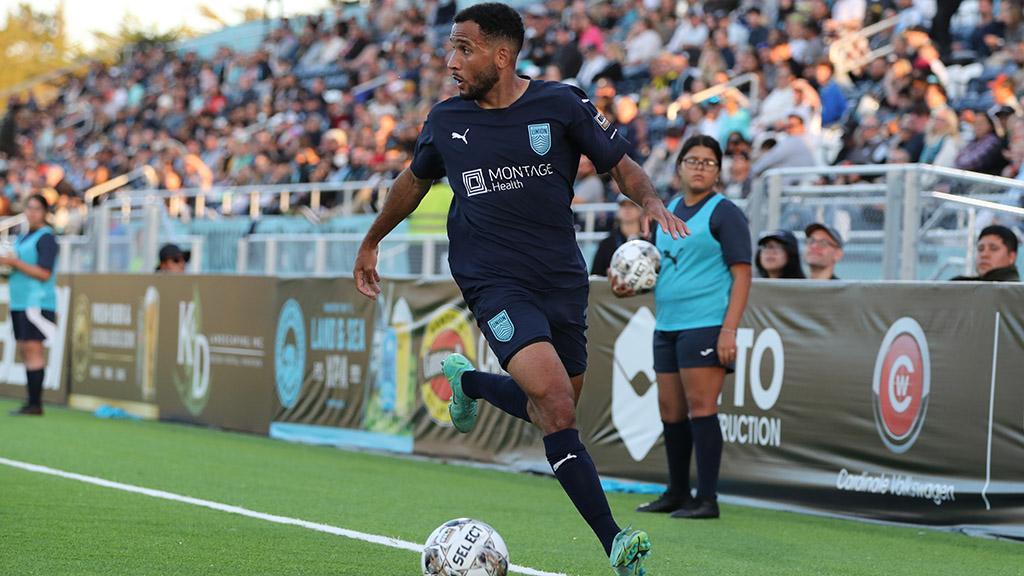 Monterey Bay F.C. defender Morey Doner appeared in every game of the club's inaugural season in the USL Championship, and tied for the team lead with five assists. | Photo courtesy Monterey Bay F.C.

SEASIDE, Calif. – Monterey Bay F.C. announced on Wednesday the club had agreed a new two-year contract extension with Canadian right back Morey Doner ahead of the club’s second season in USL Championship. The transaction is pending league and federation approval.

The Collingwood, Ontario native played in all 34 matches for the Crisp and Kelp this season and tied for the team-high with five assists while also recording one goal and 30 chances created in 3,047 minutes. In addition to leading the Union in fouls won with 56, he recorded 71 clearances, 49 tackles, 33 interceptions and 11 blocks defensively.

“We’re really happy, he had a fantastic season with us,” said Monterey Bay F.C. Sporting Director and Head Coach Frank Yallop. “To have him here for the next couple of years is really important for the club and the fans. I’m really happy that we managed to get it done.”

During the club’s inaugural campaign, Doner earned USL Championship Team of the Week honors in both Week 21 and Week 26 for his performances against Loudoun United FC and San Diego Loyal SC respectively.

“I’m very happy to commit my future to this club. The first time I stepped foot here I knew it was a place where I could see myself for a long time. It’s the happiest I’ve been in my career, so for me it was a no-brainer,” said Doner. “Frank and Ramiro chose to have me here from the beginning and believed in my abilities. It gave me confidence on the pitch and brought out the best in me, which is a big part of me wanting to continue here.

“With all of the difficulties we shared last season, I know there is huge potential in this group. We all want the same things, we want to win more, be more consistent, and get to the playoffs. And I want to be a big part of that.”