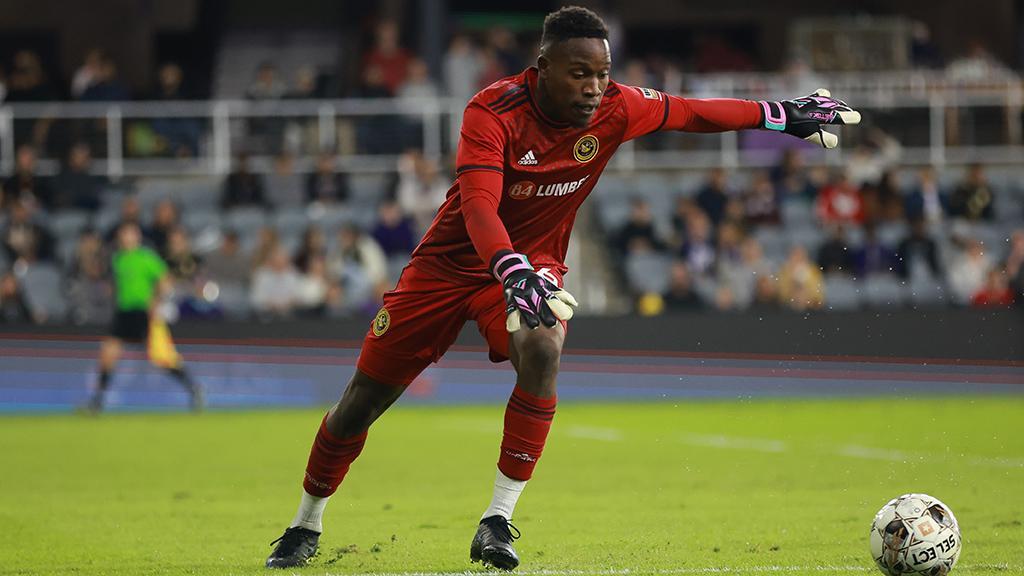 Pittsburgh Riverhounds SC goalkeeper Jahmali Waite has been joined by the Miami FC duo of Speedy Williams and Lamar Walker and Phoenix Rising FC midfielder Kevon Lambert in the Jamaica squad selected to face Cameroon next Wednesday in a pre-FIFA 2022 World Cup exhibition. The contest at the Ahmadou Ahidjo Stadium in Yaoundé, Cameroon is scheduled to kick off at 10 a.m. ET.

Waite could be in line to make his senior international debut as he earns his second call-up to the Reggae Boyz, with the Hounds goalkeeper joined by Waterhouse FC’s Kemar Foster in the 19-player squad. The 23-year-old helped the Hounds reach the Eastern Conference Semifinals of the 2022 USL Championship Playoffs presented by Hisense in October, capping a first professional season that saw the former Reading United AC and Ocean City Nor’eaters shot-stopper progress notably throughout the campaign.

Williams will join the camp as one of the more experienced players at the senior level for the side, with the Miami FC midfielder and former USL Championship All-League selection having made 35 appearances for his country in his career. The three-time USL Championship title winner is coming off a solid season for Miami in which he started all 29 of his appearances for the side – helping the South Florida club return to the postseason – while making 47 interceptions and posting a passing accuracy rate of 84.1 percent on 1,424 completed passes.

Walker, meanwhile, notched one goal and four assists in 22 appearances for Miami in the past season as the 22-year-old completed his second year with the club. Walker has made 16 prior appearances for Jamaica, notching one goal and one assist, and made seven appearances during the country’s 2022 FIFA World Cup Qualifying campaign that concluded earlier this year.

Lambert returns to the squad having been called up alongside Waite for Jamaica’s exhibition against Argentina in September. The Rising FC veteran recorded three goals and two assists in 26 appearances in the Championship this season while recording 58 interceptions and 20 blocked shots as he shifted in roles between midfield and central defense. The 25-year-old has previously made 18 appearances for Jamaica.