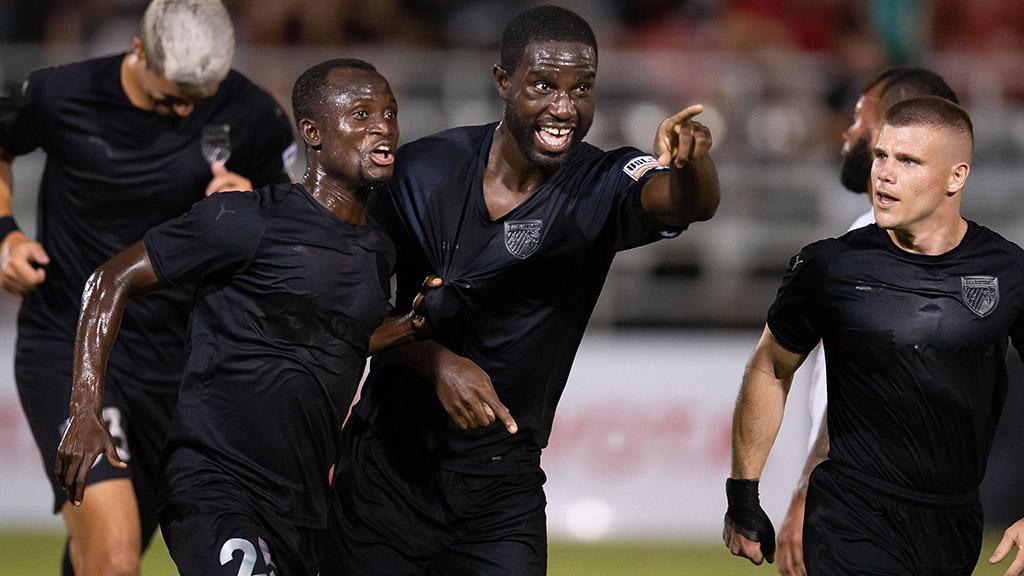 When he returned to his home state Texas in June, joining San Antonio FC on loan from Major League Soccer’s Seattle Sounders FC, Samuel Adeniran was ready to put everything he’d learned into practice.

“I was excited,” said the Houston native. “Once the opportunity to come up, came up, I knew immediately that I wanted to come out. [San Antonio FC Head Coach] Alen [Marcina] showed interest in me and made it clear to me that he wanted me out here to come and help the team be even better than they already were.”

The 24-year-old had first come to Marcina’s attention before he signed with former Championship club Tacoma Defiance prior to the 2021 season. The son of former Nigerian professional Adebisi Adeniran, Samuel’s powerful 6-foot-5 frame was coupled with a sharpness in his footwork that made him a challenging opponent.

While San Antonio didn’t face Tacoma directly during the division-heavy 2021 USL Championship campaign, Marcina continued to keep tabs on the striker as he scored 13 goals for the Defiance, earning a deal with the Sounders last offseason.

“He has the technical ability and the speed to beat players consistently off the dribble, which is impressive for somebody of that size and stature,” said Marcina of why SAFC targeted Adeniran for the club. “He’s one that we knew, had the ability to make good off the ball runs and he continues to enhance those movements with runs to get beyond the opponent’s last line. Then the other part was he’s very calm, composed and clinical in front of goal. I’d define him as a natural finisher.” 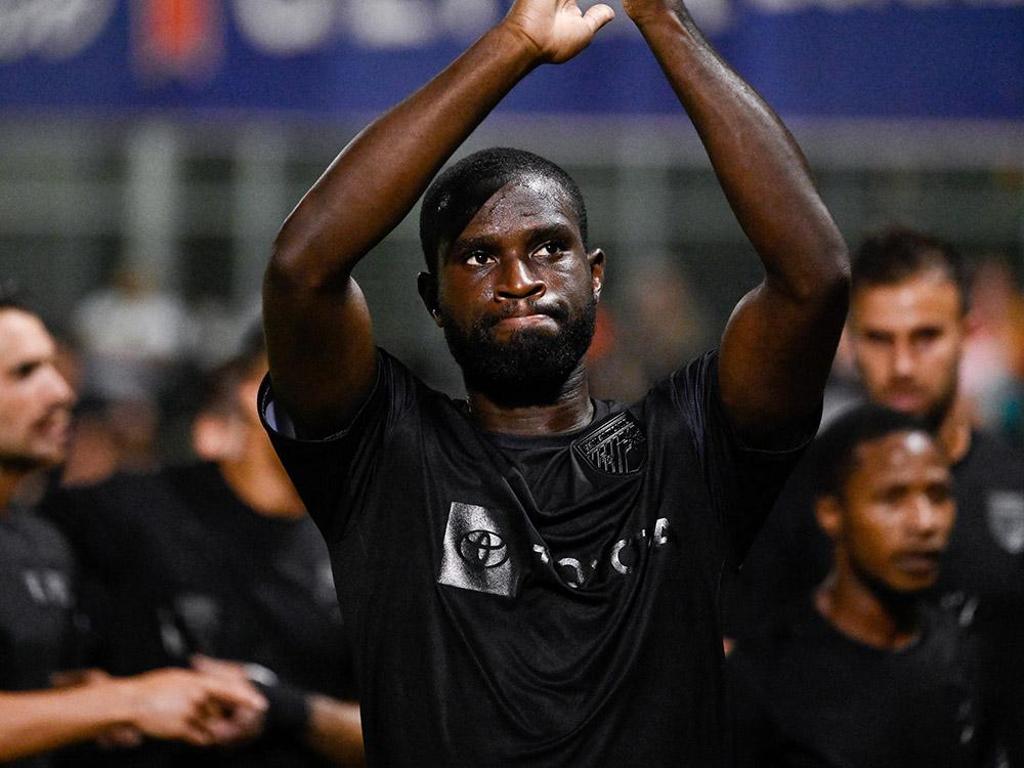 Adeniran has proved the fit in its lineup San Antonio anticipated. Now the club’s leading goalscorer with 11 goals in 21 appearances as it goes in the Western Conference Final of the 2022 USL Championship Playoffs presented by Hisense against Colorado Springs Switchbacks FC this Sunday night at Toyota Field, the 24-year-old’s all-around game developed in England, Portugal, Spain and Germany has come to the fore.

That pathway – which began when he was spotted competing at the Dallas Cup as a teenager – saw Adeniran make the jump first to England as he and elder brother Ayo tried to break into the professional ranks.

“I was scouted by Liverpool,” Adeniran said. “I trialed at teams like West Brom, Blackburn [Rovers], Liverpool, things like that. The fact that I didn’t have a European passport meant I wasn’t able to sign out there. So, then that took me to Portugal where I played my last year of youth football.”

Competing for Belenenses, Adeniran was spotted by a scout for Leganes, and in 2018 he turned professional with the then-LaLiga club’s second team. After loan spells at other lower-division Spanish clubs, he headed to Germany and played for two regional-level clubs trying to find a breakthrough, but while that didn’t arrive, Adeniran believes the experiences he gained helped turn him into a player that can confidently adapt to situations he’s placed in.

“It was amazing,” he said. “A lot of things I’ve learned out there are, quite frankly, not really taught here in the States. So, it’s helped me to adapt. It’s helped me to feel like I can go to any team or any organization and be able to adapt quickly just because of the stuff that I’ve learned in Europe.

In the end, circumstance brought Adeniran home. After the COVID-19 outbreak caused the initial postponement and eventual abandonment of the 2020-21 Regionalliga Nord season, he was left looking for options to continue his career early in 2021. After requesting his release from his former club and impressing at a combine, the Sounders – via the Defiance – came calling. 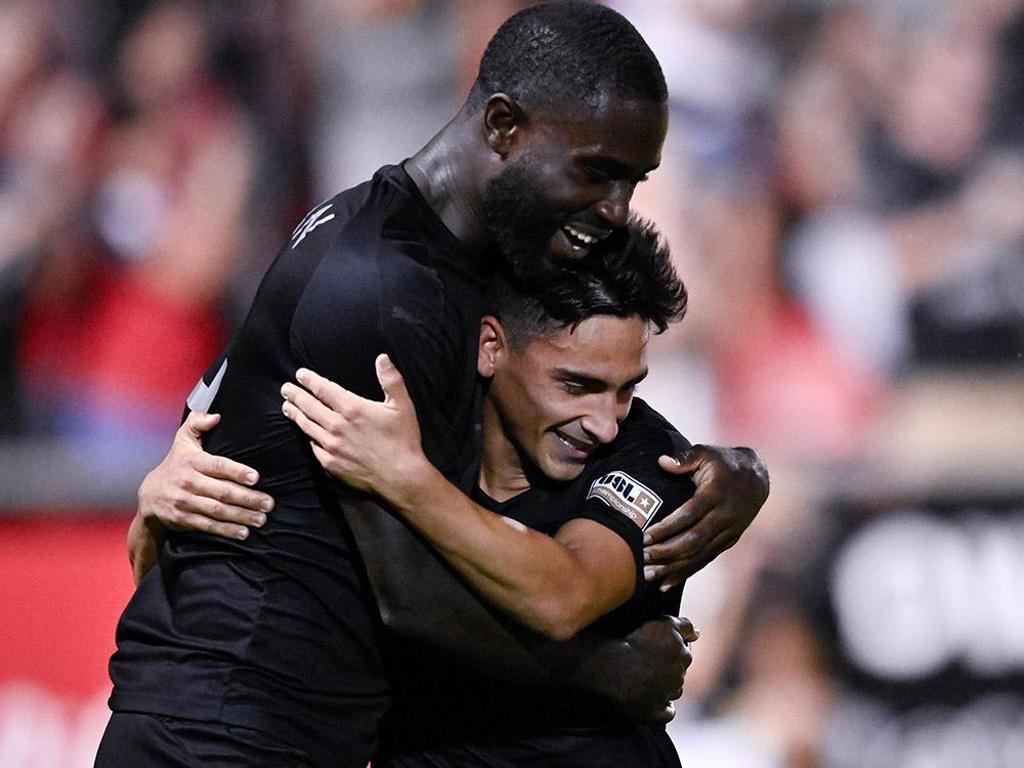 Samuel Adeniran has been an integral part of San Antonio's attack, and his on-field work coupled with his off-field demeanour have endeared him to teammates, coaches and fans alike. | Photo courtesy Darren Abate / San Antonio FC

Now, he’s found another step forward with San Antonio, with the club’s contrasting style to the approach favored in Seattle showing off the versatility Adeniran has in his game while delivering another season with double-digit goals.

“We’re a very direct team, we want to go forward all the time,” said Adeniran. “Obviously when I was playing in Seattle and playing with Tacoma, it was completely different to what it is here. And you know, I was able to thrive in that system as well. … I think because of time in Europe, different countries and different tactical formations, I was able to learn that. The points that I have, the talent that I have, I’m going to be able to move it around and use it in different ways wherever I am.”

That adaptability and room for continued growth in Adeniran’s game has been a big plus-point for Marcina, as has Adeniran’s receptiveness to the side’s game model both in attack and in the defensive pressing and re-pressing SAFC has become known for. Scoring his first goal in just his second game for the side also helped him settle quickly, and his easy-going personality off the field has seen him be embraced by his teammates.

“He's always smiling,” said Marcina. “He’s a happy person by nature, always with a smile on his face. It’s very infectious and all those smiles go a long way. Individually, he’s soft spoken a little bit, not a complete introvert. But on the field, he’s an absolute machine.”

Adeniran’s time in San Antonio has been rewarding beyond the field as well as on it, with the support he and the club have received in pursuit of a first postseason silverware for SAFC a motivator to end the season on a high.

As he looks to take the next step in his own winding professional path, Adeniran hopes his return to his home state ends with a Championship title to his name, as much for others as himself.

“To be able to give the fans what they want, it’s good to see everyone at the club so happy and excited for the Western Conference Final coming up, and then hopefully the USL Championship Final,” said Adeniran. “It’s just been amazing for me personally, to be able to help the team to get where they want to get to, and to be able to have a great group of guys help me as well. It’s amazing, and I’m enjoying every minute of it.”