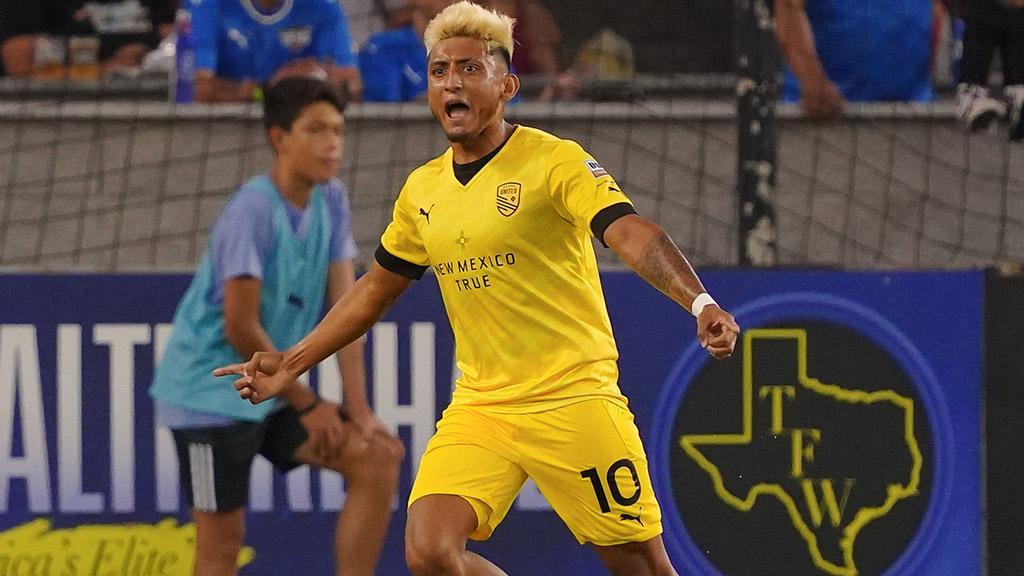 New Mexico United's Amando Moreno could make his first appearance for El Salvador since his season-ending injury late last year after being called up to the country's squad to face Guatemala on November 16. | Photo courtesy Christian Inoferio / Rio Grande

New Mexico United’s Amando Moreno is among a trio of USL Championship players called up by El Salvador for an international exhibition against Nicaragua on Wednesday, November 16 at the Estadio Nacional de Managua, with Colorado Springs Switchbacks FC’s Jairo Henriquez and Miami FC’s Joshua Perez also named by Head Coach Hugo Perez in the squad.

Moreno returns to La Selecta for the first time since 2022 FIFA World Cup Qualifying last October, where he appeared in all three of the country’s contests against Panama, Costa Rica and Mexico. A season-ending injury soon after left Moreno sidelined for United until this past August, when he made his return for the club and notched three goals and two assists in 13 appearances to help New Mexico return to the postseason for a third time in its first four seasons.

The 27-year-old has made nine appearances overall for El Salvador, including recording his first assist for the country during the 2021 Concacaf Gold Cup. He has also recorded 25 goals overall in the Championship for his career.

Henriquez rejoins the squad having had a stellar first campaign with the Switchbacks after a mid-season move brought him to Colorado Springs. The 29-year-old veteran has recorded four goals and four assists in 14 appearances for the Switchbacks and is set to feature this Sunday night as the side faces San Antonio FC in the Western Conference Final of the 2022 USL Championship Playoffs presented by Hisense. Henriquez has made 32 appearances previously for his country, recorded three goals and three assists.

Perez returns to the El Salvador squad for the first time since last December after a season in which he recorded four goals, one assist and 23 chances created in 28 appearances for Miami. The 24-year-old has made 16 appearances previously for his country, including nine appearances in 2022 FIFA World Cup Qualifying during which he recorded three goals and two assists.