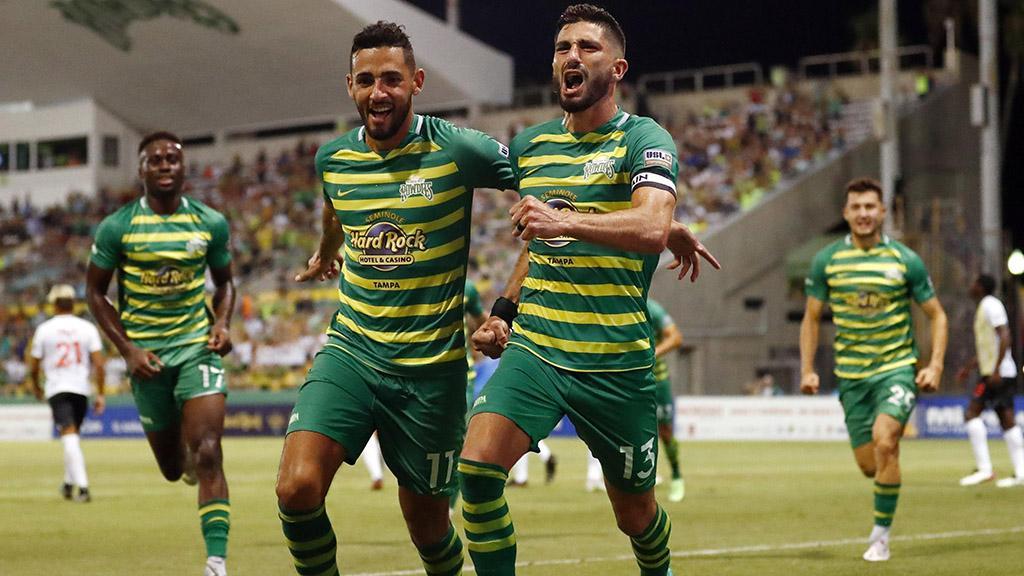 Longtime friends after competing against each other as teenagers in New York City, Leo Fernandes and Sebastian Guenzatti share a bond that extends far beyond the playing field. | Photo courtesy Matt May / Tampa Bay Rowdies

If it seems as though the Tampa Bay Rowdies’ Sebastian Guenzatti and Leo Fernandes have a sixth sense about the other on the field, there’s good reason.

Yes, the duo hold seniority on the club’s roster, both having joined the club during its first season in the USL Championship in 2017, but it goes well beyond that.

In fact, the relationship – and firm friendship – between the two stretches back almost two decades when they were teenagers in New York City, where both began their path to the professional ranks.

In those days, Fernandes competed for BW Gottschee and Guenzatti for Met Oval, two top academy programs that have each developed their fair share of future professionals.

They quickly became acquainted, each impressed with the other’s ability.

“We always knew about each other,” said Fernandes. “Our coach would be like ‘there’s this really good Uruguayan striker on the team.’ And then we just always started talking after games, stuff like that. We also had mutual friends that lived in New York, so we grew up, we became friends.”

There was plenty the two had in common. They were both born in South America – Fernandes in Sao Paulo, Brazil and Guenzatti in Montevideo, Uruguay – before their families moved to the United States. Fernandes’ two younger brothers also played at Met Oval in younger age groups to Guenzatti. That began to build a familial bond that now extends to barbecues and down-time shared by both sets of families.

The two took separate paths after their academy days. Fernandes headed to Stony Brook to compete collegiately while also competing in USL League Two for Reading United AC. He joined the professional ranks in 2013, selected by the Philadelphia Union in the MLS SuperDraft. Guenzatti returned to Uruguay to launch his professional career, joining Peñarol’s academy before turning pro with Huracan. 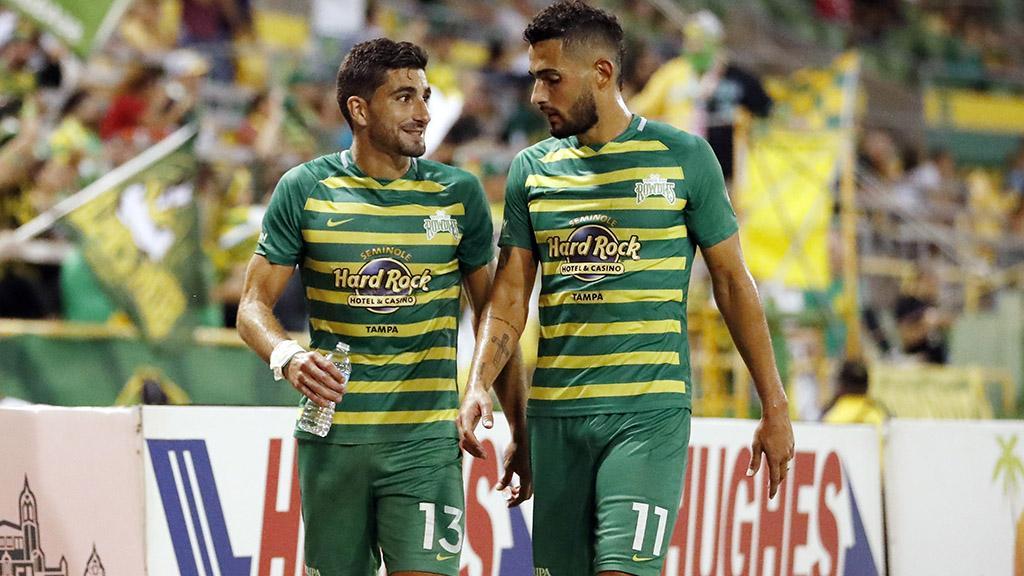 The two remained in touch over those years, but they were united on the field for the first time at the New York Cosmos in the 2015 season when Fernandes joined the club on loan from the Union and Guenzatti was in his third season at the club.

“We always tried to stay connected with our soccer community,” said Guenzatti. “Getting to play with Leo [in New York] was unbelievable, he had an unbelievable year. He was Young Player of the Year. It was an unbelievable time.”

Fernandes’ path brought him to Tampa Bay following his departure from the Union after four seasons. At the same time, Guenzatti was trying to find his way back after a torn ACL and surgery had brought his 2016 campaign to a premature end. Looking for a new club – and with the Rowdies among the interested parties – Guenzatti reached out to his friend.

“I’m calling Leo, asking him how Tampa was, how his family was feeling about it, how the organization was,” said Guenzatti. “He always told me great things about the club.”

“I told him, ‘It’s an amazing club and amazing city,’” added Fernandes. “I was really excited to hear that he was thinking about joining us and to be honest, we really needed a striker at the time. I was happy that it was my friend.” 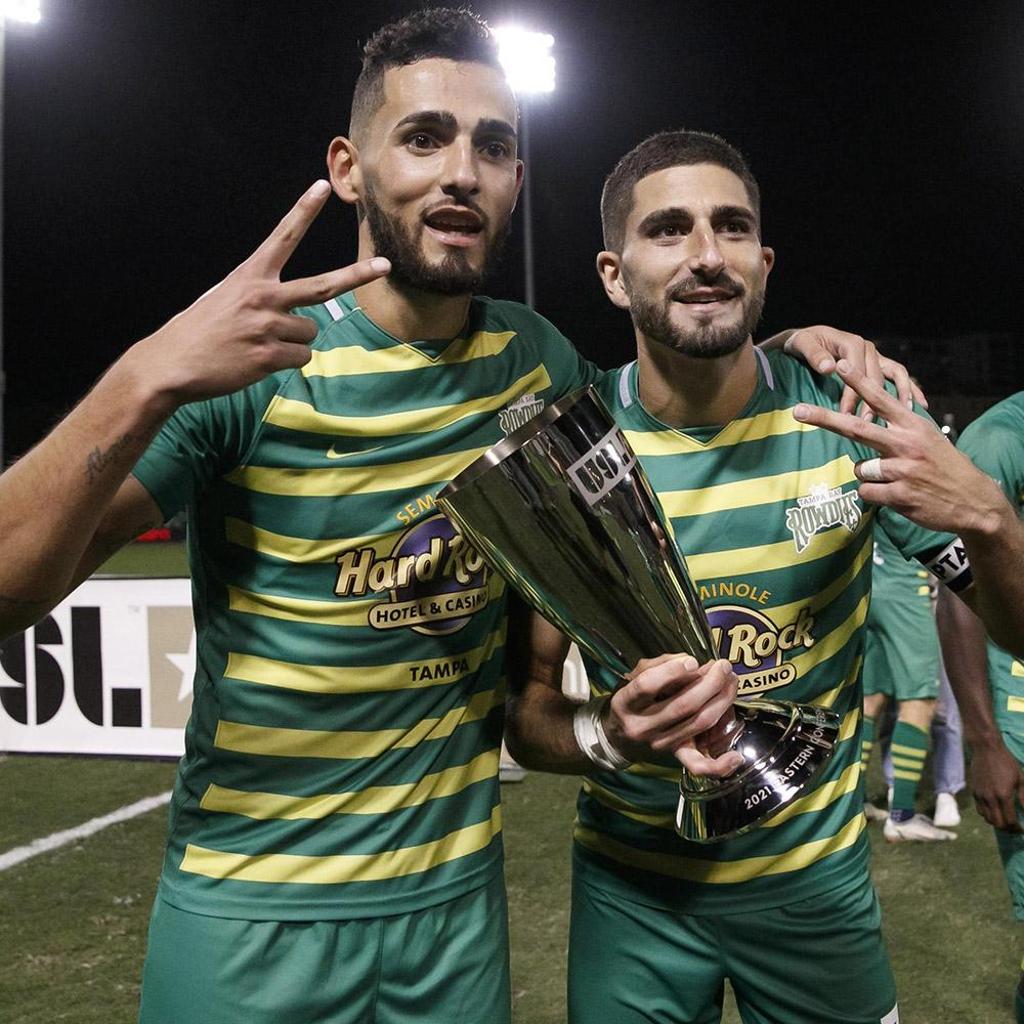 For the Rowdies, it’s proven a match made in heaven. In 127 regular season and playoff games where both have played, the club has posted a 74-31-22 record. It’s also claimed the past two Eastern Conference titles with Guenzatti leading the attacking line and Fernandes providing a playmaking foil. The two room together when Tampa Bay hits the road and can barely find anything bad to say about the other – Guenzatti’s habit of falling asleep with the room’s television on is Fernandes’ minor peeve, while Fernandes eats too quickly for Guenzatti’s liking.

After this week’s announcement of the 2022 USL Championship All-League Teams – which saw Fernandes claim First Team honors to follow Guenzatti’s in 2021 – both have now earned individual honors in the club’s colors. They are primed for a third consecutive Eastern Conference Final against Louisville City FC this Saturday night in the 2022 USL Championship Playoffs presented by Hisense.

This season, though, has been a different one for both. For Fernandes, it’s been a career-best campaign that has seen him nominated as a finalist for the Championship’s Most Valuable Player award after notching a combined 28 goals and assists, most in the league, and a career-best 19 goals in the regular season.

“I always knew that Leo was capable of doing these things,” said Guenzatti. “I’ve known him for so long and I’m so happy for him, being his roommate, being his friend. Obviously, he’s having the greatest time going through this moment and he deserves it more than anybody.”

For Guenzatti, the year began awkwardly as the finishing touch that saw him record 51 goals across the past three years – most of any player in the league – eluded him. Scoring only once in his first 24 appearances in the league – and even dropping to the bench at times – the support Fernandes offered alongside his other teammates helped the 31-year-old as he went through a mentally challenging run.

“Yeah, it was a tough time,” said Guenzatti. “But at the same time, the team was so great with me off the field. It was good to watch, obviously. I knew I had to stay calm at this time. [I was] working hard and getting back on the field was going to eventually come. I had to be ready for that.”

For Fernandes, that work ethic is the thing he admires most about his friend and teammate.

“He never put his head down. He always kept working, always knew that he was going to get another shot to prove to everyone that he still can play at the highest level,” said Fernandes. “Whether it’s just a regular Monday training session, or in the game, he just gives us 1,000 percent each and every day. He’ll give anything for the team and to just see us improve each and every day. I think, for me, his work ethic has brought him to some great heights in his career.”

All that’s left for the duo now is to claim the club’s first USL Championship title, and the second league title in the Rowdies’ modern era, a trophy they’re both eager to deliver.

Whatever happens this postseason or in the future on the field, however, the bond that Fernandes, Guenzatti and their families share is built to last a lifetime.

“Especially at the barbecues, there are going to be some great, great stories to tell our kids,” said Fernandes. “They’re a similar age, he has a seven-year-old and I have a five-year-old, and they’re already really close friends. Hopefully they can start playing soccer as well, and we get to watch them play together. That would be something to watch.” 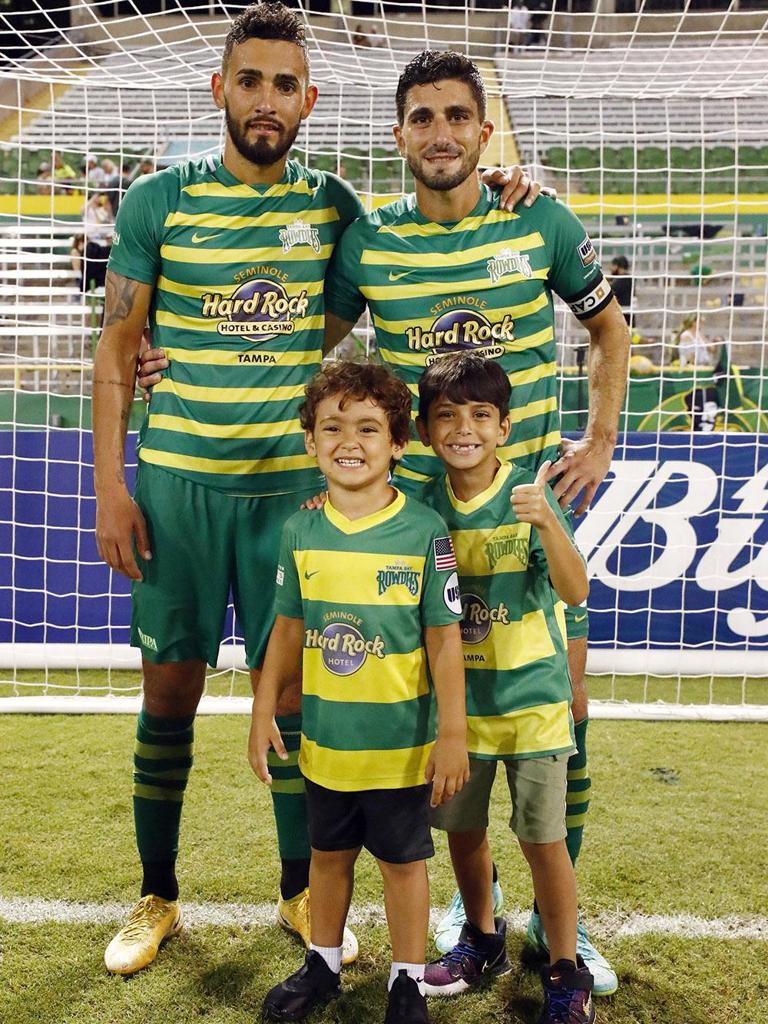 The friendship shared by Leo Fernandes and Sebastian Guenzatti extends across the two families away from the field and on gameday. | Photo courtesy Matt May / Tampa Bay Rowdies