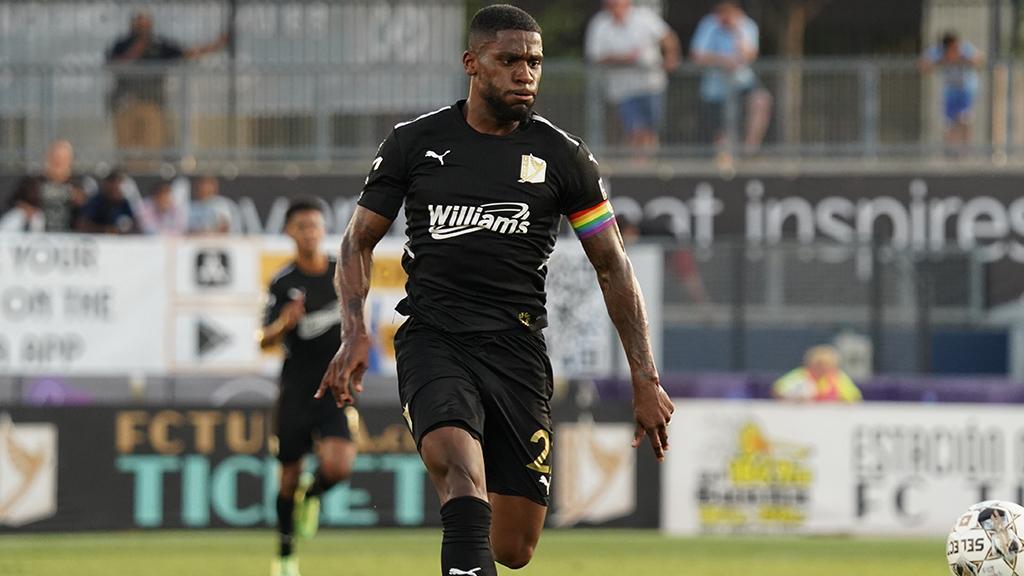 FC Tulsa captain Bradley Bourgeois was the club's 2022 Defender of the Year, and will enter his fifth season overall in the club's colors next spring. | Photo courtesy FC Tulsa

TULSA, Okla. – FC Tulsa announced on Tuesday the club had re-signed veteran defender and club captain Bradley Bourgeois to a multi-year contract ahead of the 2023 USL Championship season. The transaction is pending league and federation approval.

“We’re very excited to have Bradley back on the team,” said FC Tulsa Head Coach Blair Gavin. “His leadership over the years has provided a pathway for many players to understand what FC Tulsa is about. His attributes on the field match exactly what we want to do – someone who can press high but also remain calm and collected when we have the ball.”

Bourgeois is entering his eighth year as a professional next spring, coming off a 2022 campaign in which the Cypress, Texas native made 28 appearances and logged three assists between his time at both the center-back and right-back positions. Bourgeois will enter his fifth season in Tulsa across two stints with the club, having first joined the side prior to the 2017 campaign before returning in 2020 after two seasons with Nashville SC.

The 28-year-old ranks second in club history in appearances (102), starts (92), and minutes played (8,506) across USL Championship regular season and postseason competitions. He leads all defenders in each category for the club and has recorded one goal and eight assists during his time with Tulsa.

“I couldn’t be more excited to be back for a couple more years,” said Bourgeois. “This organization is committed to winning and is striving for trophies – that’s what this city deserves. See you all in 2023, much love!”

A graduate of the University of Tulsa, Bourgeois was voted FC Tulsa’s 2022 Defender of the Year by his teammates, coaches, and fans this past year, marking the third consecutive year Bourgeois won the award.