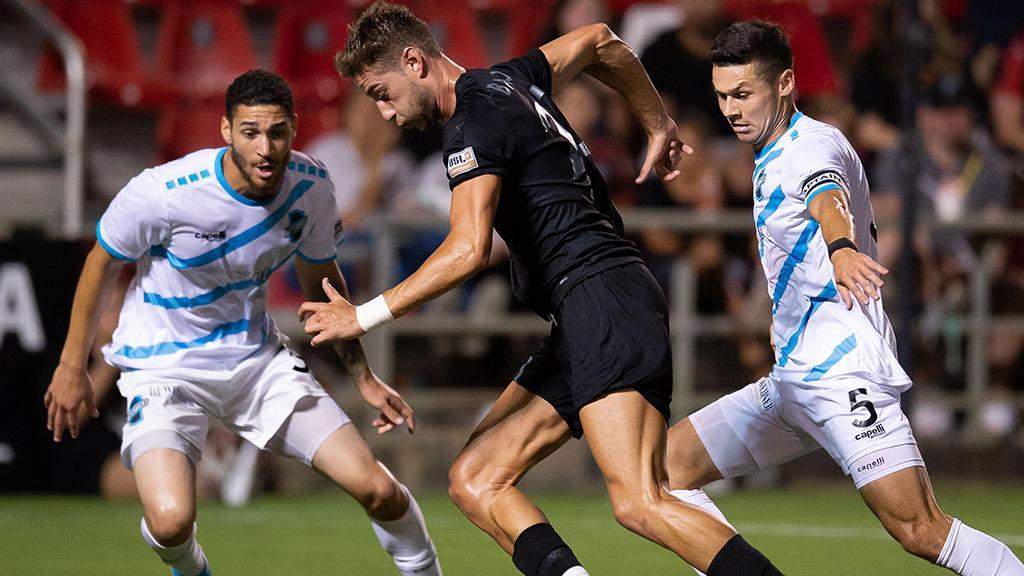 SAN ANTONIO – San Antonio FC will play host to Colorado Springs Switchbacks FC in a game that sees both clubs seeking their first postseason silverware on Sunday night in the Western Conference Final of the 2022 USL Championship Playoffs presented by Hisense. Kickoff at Toyota Field is scheduled for 8:30 p.m. ET and the game will air on ESPN+.

No. 1-seed San Antonio returns to the Western Conference Final for a second consecutive postseason after falling in a penalty shootout last November to eventual title winner Orange County SC at Championship Soccer Stadium. After posting the best record in the regular season this campaign – and homefield advantage throughout the playoffs – SAFC opened its playoff run with a 3-0 victory against No. 7 seed Oakland Roots SC last Friday night as Samuel Adeniran scored after only 118 seconds before Santiago Patiño scored twice in the final 15 minutes to put the game away. Adeniran’s goal was the earliest San Antonio had scored in a game this season, and the third-fastest in Championship Playoffs history, giving the Texas native a team-leading 11 goals this season. Undefeated in their last seven meetings with Colorado Springs – including a 1-0 victory when the teams last met on September 20 at Toyota Field – the hosts and what’s expected to be a sellout crowd will aim to continue a remarkable campaign.

The No. 3-seed Switchbacks, meanwhile, will be looking to continue the uptick in form that has carried the side to its first Western Conference Final in club history. Colorado Springs rallied to earn a 2-1 victory against No. 4 seed at Weidner Field last Saturday night as Michee Ngalina scored the first two postseason goals of his career in another standout display this season. The Congolese winger has 14 goals and nine assists across the regular season and playoffs while also leading the league with 80 completed dribbles. The Switchbacks will now try to accomplish a first in club history, with the side having yet to claim victory against San Antonio at Toyota Field in seven prior regular season visits (0-5-2). Led by an attack that sits in the top five in the league in scoring with 64 goals, the visitors will have to be at their best to get through the stingiest defense in the league after being shut out in both regular season meetings this campaign.

44 – San Antonio FC has avoided defeat in its last 44 games when scoring the opening goal. The run began in the opening game of the 2021 season, a 3-0 victory against Colorado Springs Switchbacks FC at Toyota Field.

18.6 – Colorado Springs Switchbacks FC’s shot conversion rate of 18.6 percent ranked second in the Championship this season, but the side was held scoreless and notched only six shots on target out of 27 shots overall in two meetings with San Antonio this year.

San Antonio FC – Santiago Patiño: The Colombian forward has scored three goals in four games for San Antonio against the Switchbacks and is coming off a second brace in as many postseasons against Oakland.

Colorado Springs Switchbacks FC – Cam Lindley: The central midfielder leads the Championship with 98 chances created across the regular season and playoffs and will be crucial for the visitors as they try to break down San Antonio’s back line.