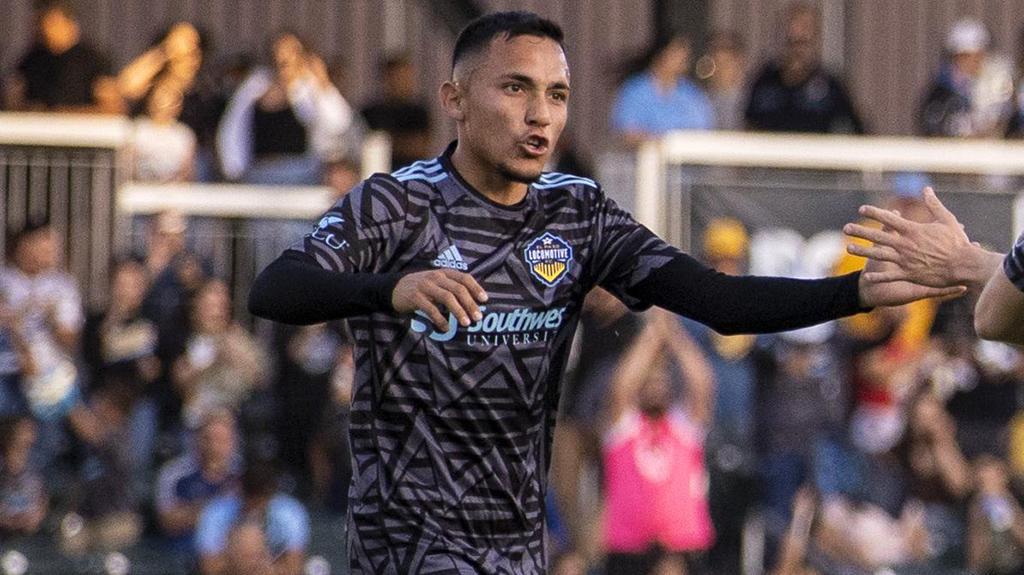 El Paso native Louis "Chapa" Herrera is set to return for his fifth season with the club after seeing his 2022 campaign cut short by injury in May. | Photo courtesy Ivan Pierre Aguirre / El Paso Locomotive FC

EL PASO, Texas – El Paso Locomotive FC announced on Monday the club had signed midfielder Louis “Chapa” Herrera to a new contract for the 2023 USL Championship season, pending league and federation approval. Herrera became the second El Pasoan on Locomotive FC’s roster when he joined the club ahead of its inaugural 2019 season.

Across four seasons with El Paso, Herrera has appeared in 67 matches, recording 3,304 minutes on the pitch. His dynamic style of play allowed the team to implement a possession-heavy attacking style of soccer that saw the Locomotive FC reach consecutive Western Conference Finals in 2019 and 2020.

The 26-year-old made seven appearances in the 2022 season, including four starts, prior to sustaining an injury in May that sidelined him for the remainder of the season. Herrera is ready to get back onto the pitch and begin off his fifth professional season with El Paso Locomotive.

A versatile player who appeared both in central midfield and at right back this past season, Herrera piqued the interest of Locomotive FC’s coaching staff at the Alianza de Futbol tournament in El Paso in 2018, where he was competing with a team comprised of former professional and collegiate players. After receiving an invite to the club’s Invitational Tryout in December that year, Herrera signed with the club, and has become a mainstay since the club’s inaugural campaign.