Club exercises contract option for next season, will be joined by returning Ryden, Moreno and Nava 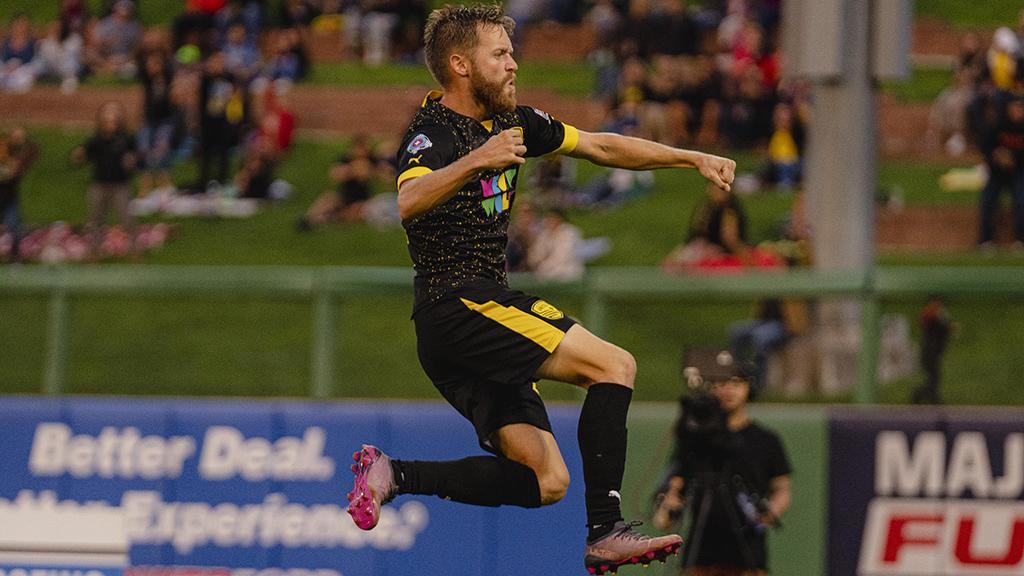 ALBUQUERQUE, N.M. – New Mexico United announced on Monday the club had exercised its contract option to retain standout attacking midfielder Chris Wehan for the 2023 USL Championship season. Wehan is among a returning quartet of players for the club, with defender Kalen Ryden and midfielders Amando Moreno and Cristian Nava previously under contract to the club for next season.

One of United’s original signings, Wehan was voted as New Mexico’s Offensive Player of the Year for the 2022 season as he recorded seven goals and three assists in the campaign. The 2017 Championship Rookie of the Year, Wehan is United’s all-time leader in both goals (35) and assists (17) and ranks second in all-time appearances for the club with 94.

Ryden is set for his fourth season with United after claiming the 2022 Somos Unidos Award for the club. A former Championship title winner with Real Monarchs SLC in 2019, Ryden has made 75 appearances in Black & Yellow, good for eighth in club history, while serving as captain and as a vocal leader for United, on and off-the-pitch. In his career, the 31-year-old has made 180 regular-season appearances in the Championship, logging almost 15,000 minutes of action.

Moreno is also set to return for his fourth season in New Mexico after coming back this season from a torn ACL suffered late in the 2021 campaign. An El Salvador international recorded three goals and two assists in 695 minutes at the end of this season, and has recorded 14 goals, six assists and 35 chances created in 49 regular-season appearances overall.

The club’s first Academy product to sign professionally with United, Nava is coming off a first full season in the professional ranks that saw him record his first two goals for the club’s First Team as well as two assists and in 16 appearances. The 2021 USL Academy Playoffs Golden Ball-winner, the 19-year-old Nava has made 21 appearances in the Championship overall for his hometown club.