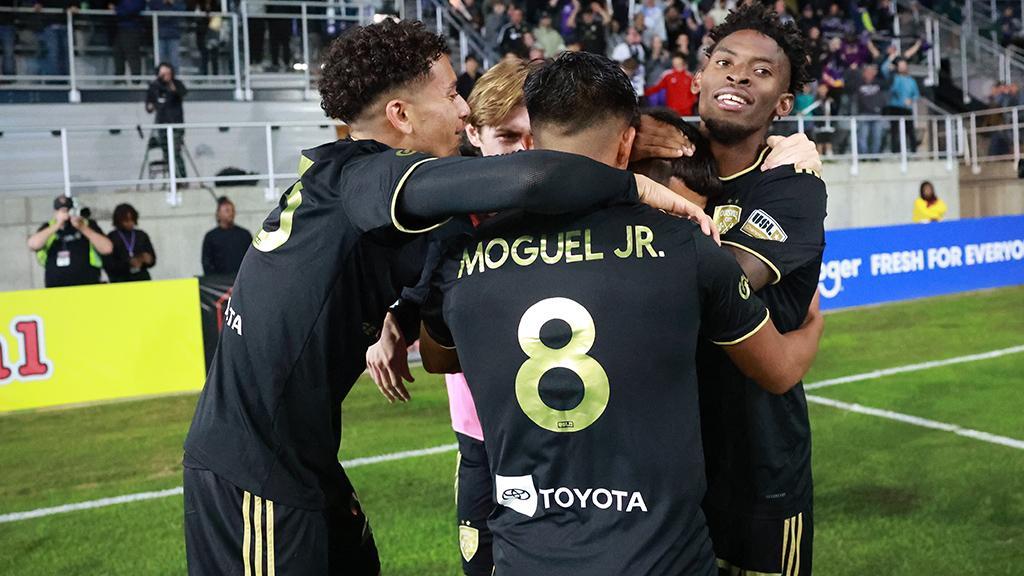 This year’s progression – after a thrilling comeback and penalty shootout to advance past Pittsburgh Riverhounds SC in the Eastern Conference Semifinals of the 2022 USL Championship Playoffs presented by Hisense at Lynn Family Stadium – might have been as special as it gets.

“This is what it's all about,” said LouCity Head Coach Danny Cruz. “You know, we talked about building something special here with regard to the work that our academy coaches do with the investment from the owners. And I mean, I hope a lot of people understand the roles that these kids played, the roles that the entire group did for 90 minutes. It was amazing. But to see the Wynders, to see Moguel, to see them on the field and then be Louisville products is really, really special for you.”

By the time the 120 minutes of regular and extra time were over, there were more Louisville City FC Academy products on the field (3) than players who’d made 100-plus appearances in the club’s history (2).

What’s more, two of the teenagers entrusted by Cruz delivered from the spot. Before the 19-year-old Moguel delivered the fifth and decisive goal in a perfect run from the spot for the hosts, 17-year-old Joshua Wynder had delivered a shot to the top-left corner in the second round with a confidence that belied his age.

“To have two Academy kids step up and take a penalty is… I think they know I trust them,” said Cruz, “but it’s pretty clear that to put them in that position, these kids are playing well above their age.”

Even before the shootout, the trio of Joshua Wynder, elder brother Elijah and Moguel all made their presences felt in a comeback that didn’t appear in the cards for LouCity with 10 minutes to go. Ahead through a pair of goals by Russell Cicerone in either half, the Hounds had made life difficult for the hosts in the final third throughout. Pittsburgh recorded 41 clearances, snuffing out chances before they fully developed and hassling LouCity players into efforts that didn’t seriously test goalkeeper Jahmali Waite.

And then, with seven minutes to go, momentum shifted. Moguel delivered a free kick from 45 yards out in the left channel to Manny Perez in the right side of the penalty area, and his header found Joshua Wynder for a volleyed finish that Waite could only parry. The ball rebounded to Perez, whose first goal in LouCity colors couldn’t have come at a timelier moment.

Eighty-five seconds later it was Elijah Wynder’s turn. The 19-year-old, who spent time on loan this season at USL League One club FC Tucson before being recalled due to LouCity’s spate of injuries, broke onto Cameron Lancaster’s flicked pass into the penalty area and was brought down from behind. Lancaster did the honors from the spot as LouCity’s fans celebrated the improbable becoming reality.

“We score the first one, you see, you hear the belief,” said Cruz. “You feel the belief in the stadium. I talk about it a lot, you know, this stadium and our fans. They give you that extra push. If this place was empty, we probably don't go in and get the tying goal.”

There were still nervous moments to come in the additional 30 minutes for the hosts. Pittsburgh’s Albert Dikwa was denied early in the first period by a fine save by Faundez – who in addition to his crucial save in the opening round of the shootout made four saves to keep the hosts in the game – while in the 98th minute the Hounds were left frustrated as Edward Kizza’s sharp finish was ruled out for offside.

LouCity had chances too, including a volleyed finish by Sean Totsch that forced a good save by Waite and a looping header by Perez that was cleared off the line by Pittsburgh defender Arturo Ordoñez, both from corner kicks. But as the game headed to the spot, the youngsters came back to the fore.

“I mean in those situations I try my best not to like overthink,” said Moguel, whose low shot to the right corner sealed the victory. “You don't really want to overthink, so I kind of just really focused on trying to make the shot.

“I’ll pick my spot, just went for it and from there it’s just in God’s hands, you know?” 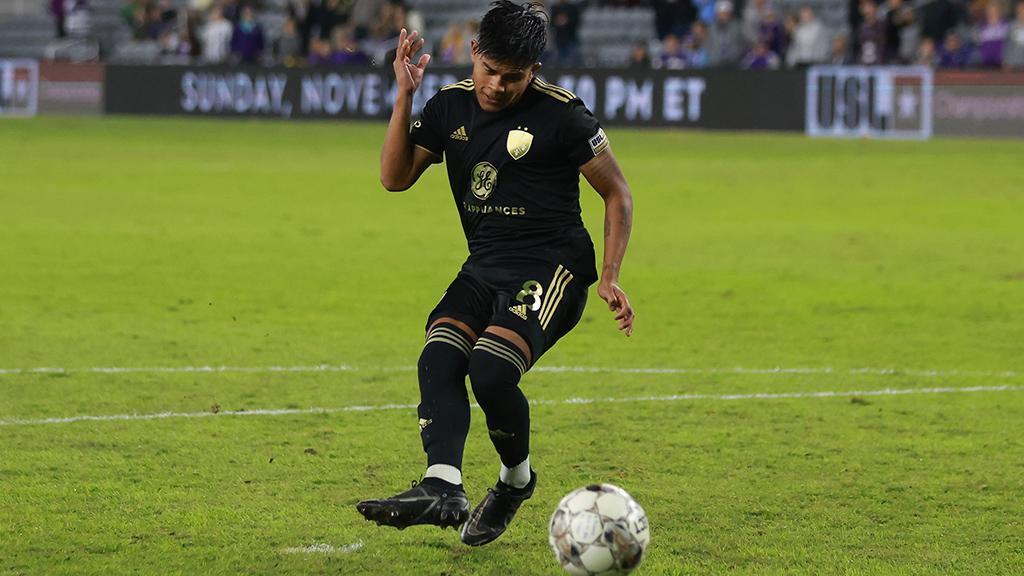 Five years after Louisville native Richie Ballard scored the decisive goal in LouCity’s last postseason penalty shootout, a win that paved the way to the club’s first Championship title, Moguel delivered for his hometown club on a night that will live on in club lore.

“That group in there, to do what they did tonight is something I’ll never forget,” said Cruz. “I think when you look at the quality of this organization, when you look at the success that this organization has had, the support that the community has given it, I think it speaks volumes. To even just hear those numbers, it’s incredible. And there's a lot of people that do a lot of work to get us to where we are today.