Focus, endeavor has West’s No. 1 seed playoff-ready, where nothing matters but the next game 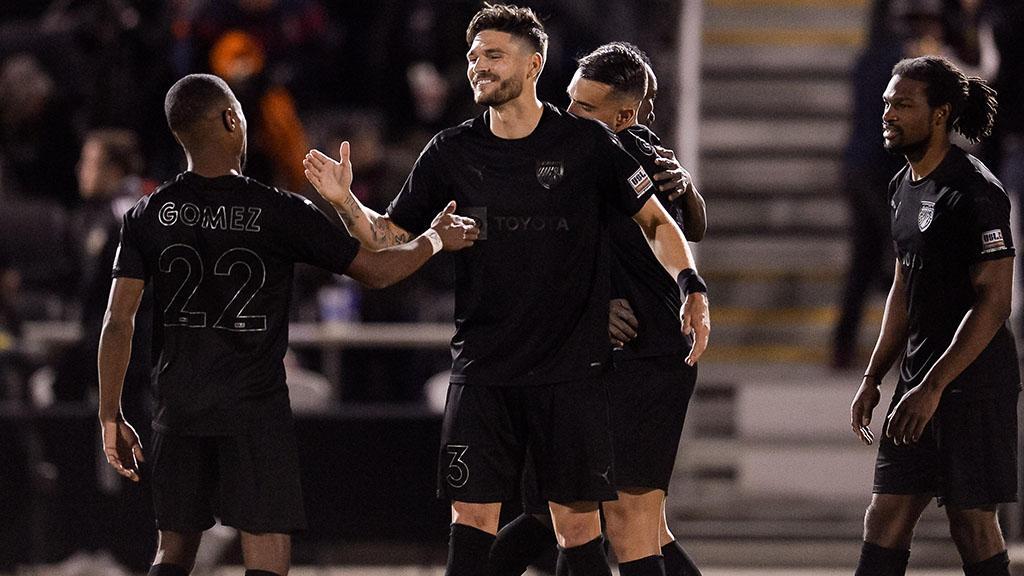 At this point, you’ve either heard or read our Head Coach Alen Marcina say those words.

It’s our ethos, the foundation of what we’ve come to represent at San Antonio FC.

Personally, I love it. I find ways to live by it, whether it’s in training every day or during games. I think everyone on the team shares the same sentiment I do.

It might be the most important reason for our success over the past two seasons. Focus, attention to detail, staying engaged. For me, that’s probably the hardest thing to manage game-in and game-out, but that’s where we’re at our best.

When the game’s a little boring, it helps you find a way to kick on and up the tempo. When games are exciting, it’s easier to stay focused and keep control of your emotions.

It’s why we succeeded during the regular season, and why we’re locked in on the most important thing – winning the next game.

When it comes to the playoffs specifically, any team can win. You saw it last year. It’s a brand-new season, and I think there's a different element to the game when it’s a one-off match. As close as we came to reaching the Championship Final – going to a penalty shootout against Orange County – we couldn’t quite get over the line.

Now we’re the No. 1 seed in the Western Conference. Sounds great, but we’re back at 0-0 in the playoffs. Nothing matters but the next game.

It’s why we’ve built around the ethos we have, led by Alen. A lot of teams throughout the year say things like “well, our playoff mentality is going to come into effect in the playoff.”

Our mentality has been like that all year, every game an elimination match.

Now, it’s about staying consistent, staying true to ourselves, believing in what we’ve done, believing in each other. Obviously, there’s always pressure in playoffs, but we’ve been holding ourselves and each other accountable to become the best team we can be. Everyone needs to do their jobs and execute the simple tasks.

If we do that, everything else is going to fall into place. 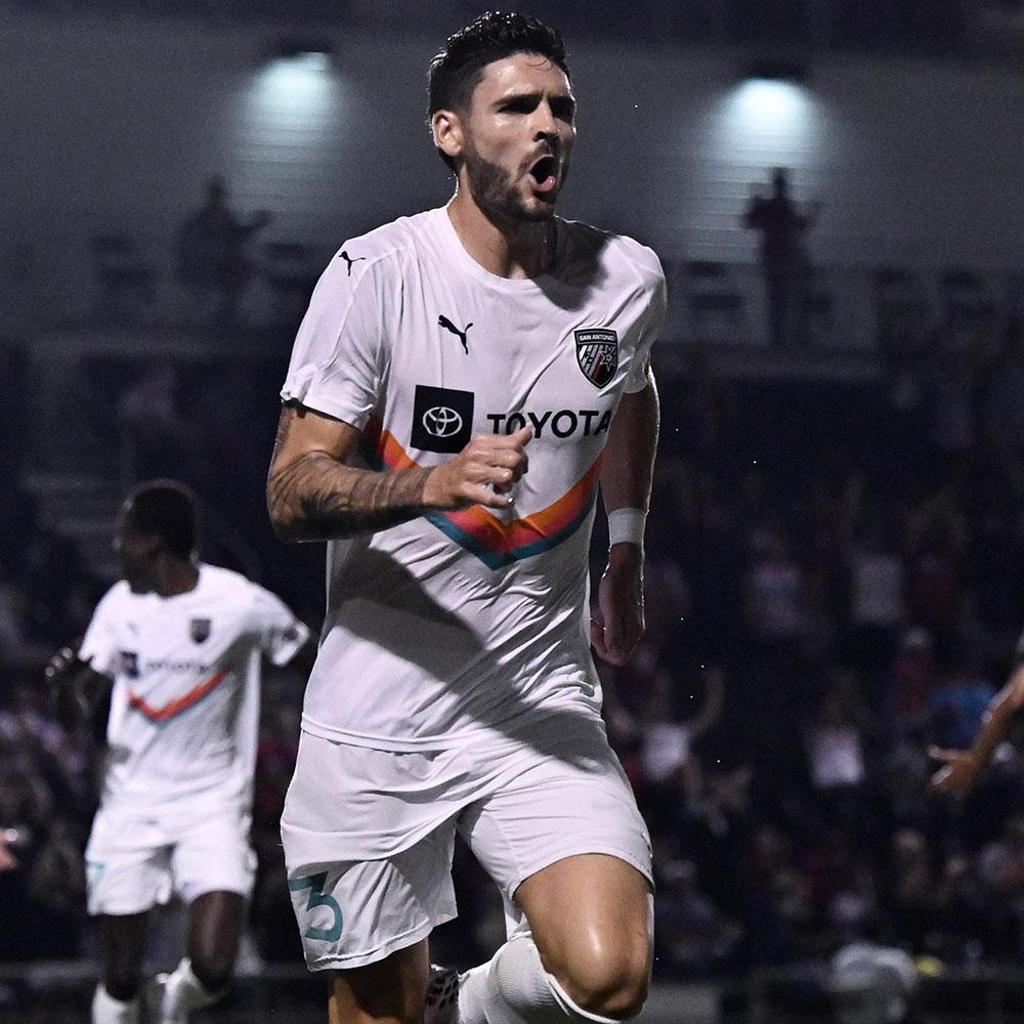 As much as our identity means to our group, for me individually it’s been a game-changer.

So has getting to work with Alen. It’s the biggest reason why I came back to San Antonio last offseason, for the opportunity to work again with him and the staff here.

The funny thing is, I feel like I’ve been playing for Alen for years, but that’s not really how it’s worked. In my first season here in 2020, I felt like I only got half a season because of the shortened schedule. Then I went to Sacramento, came back in the middle of August on loan, and then only had 13, 14 games left, another half-year.

And yet, every time I was with Alen, I saw improvement in myself. When the permanent move back to San Antonio from Sacramento came through in January, I told my family about how excited I was to play a full season for him. “He made me a better player in those 15 games,” I said. “Imagine how good he could make me, and what I can do on the field with 34 games?”

I think we’ve seen that this year. He’s played a huge part of my progression, and I’m extremely thankful for the opportunity to play for him as much as I have.

Hopefully I can play for him for a lot longer, and that we can bring a title to San Antonio, because there’s no doubt in my mind this is a championship city.

The way Spurs Sports & Entertainment run their business and run the organization is about winning. The support we’ve received from our fans has shown how much our success and attitude has meant to them as well.

We have three games where each poses new challenge. While you never know what can happen, we know what’s at stake.

Of course, we would love to be one of those teams that’s talked about as one of the best in history – who wouldn’t? – but that’s just talk.

We’re here to win the next game.

That’s being a Mentality Monster, that’s who we are. 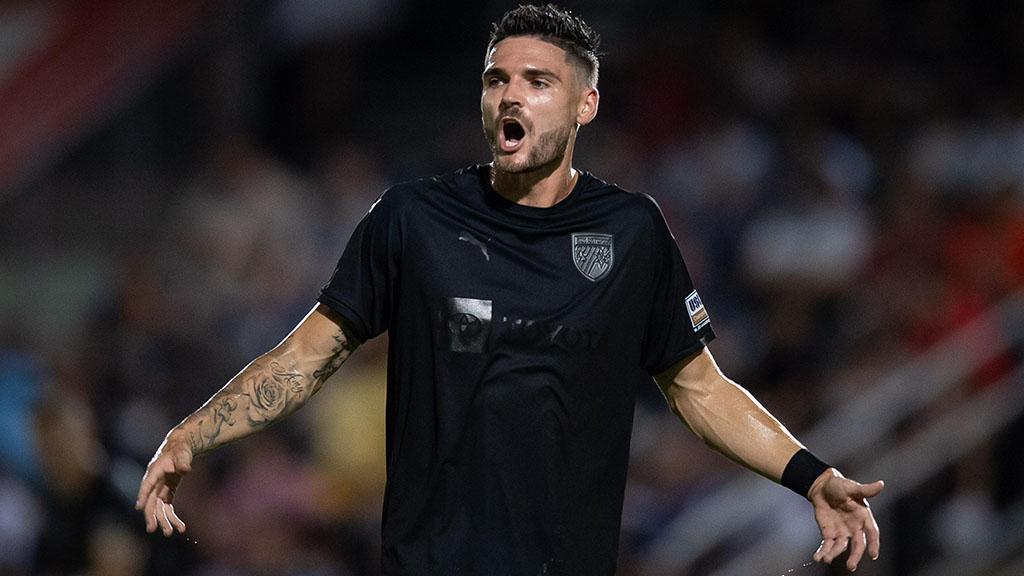