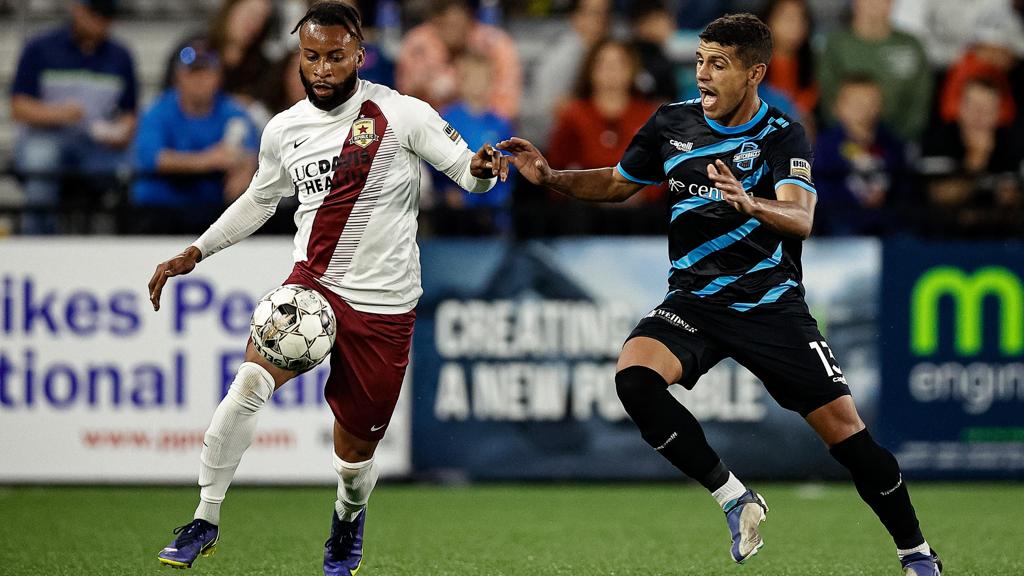 COLORADO SPRINGS, Colo. – Colorado Springs Switchbacks FC and Sacramento Republic FC will meet for the first time in the postseason this Saturday night as they square off in the Western Conference Semifinals of the 2022 USL Championship Playoffs presented by Hisense with both teams aiming to advance to the Western Conference Final for the first time in their respective histories. Kickoff at Weidner Field is scheduled for 8 p.m. ET and the game will air on ESPN+.

The No. 3-seed Switchbacks advanced to the Western Conference Semifinals for only the second time in its history with a 3-0 victory last Saturday night against Rio Grande Valley FC that saw the hosts find decisive moments late in the game after a strong all-around display. El Salvador international Jairo Henriquez scored the game-winner with six minutes to go before Aaron Wheeler scored twice to put the game away late. The victory was the Switchbacks’ first in the playoffs since their inaugural season in 2015 and marked the club’s first home victory since a 1-0 win against Phoenix Rising FC on Sept. 3. Colorado Springs will be hoping to emulate its performance earlier this season at home to Sacramento which saw it record a 3-0 victory behind a pair of goals by the now-departed Hadji Barry and another from Elvis Amoh, and with another large crowd set to back the squad it will look to continue the best season in the club’s history so far.

No. 4-seed Republic FC, meanwhile, advanced to the Western Conference Semifinals for the third time in its history with a 2-0 victory against New Mexico United before a sellout crowd of 11,569 fans at Heart Health Park this past Saturday. Second-half goals by Maalique Foster and Keko paved the way to victory for the hosts, who saw Rodrigo Lopez notch a pair of assists to continue the side’s undefeated run in the league this season when the veteran playmaker records either a goal or assist (10-0-3). Foster and Keko were also on the scoresheet when Sacramento turned the tables on Colorado Springs in their most recent meeting at Heart Health Park on August 17 when Matt LaGrassa also found the net in a 3-0 victory for the side. The 2014 Championship title winner, Republic FC has yet to progress past this stage of the postseason since the league moved to a two-conference format in 2015, something the 2022 Lamar Hunt U.S. Open Cup Finalist will be aiming to change as seeks a second star this year.

2,213 – Sacramento Republic FC’s shutout against New Mexico was its first in the USL Championship playoffs since the 2016 Western Conference Quarterfinals on Oct. 1, 2016, a span of 2,213 days.

Colorado Springs Switchbacks FC – Jairo Henriquez: The El Salvador international scored his first goal since providing the winner for the Switchbacks in their last home win on Sept. 3 against Rio Grande Valley FC and will be looking for another bright performance.

Sacramento Republic FC – Keko: The Spanish veteran scored when Sacramento defeated Colorado Springs at home earlier this season and had a stellar display this past weekend, notching three chances created and winning 5 of 7 duels in addition to his long-range finish.