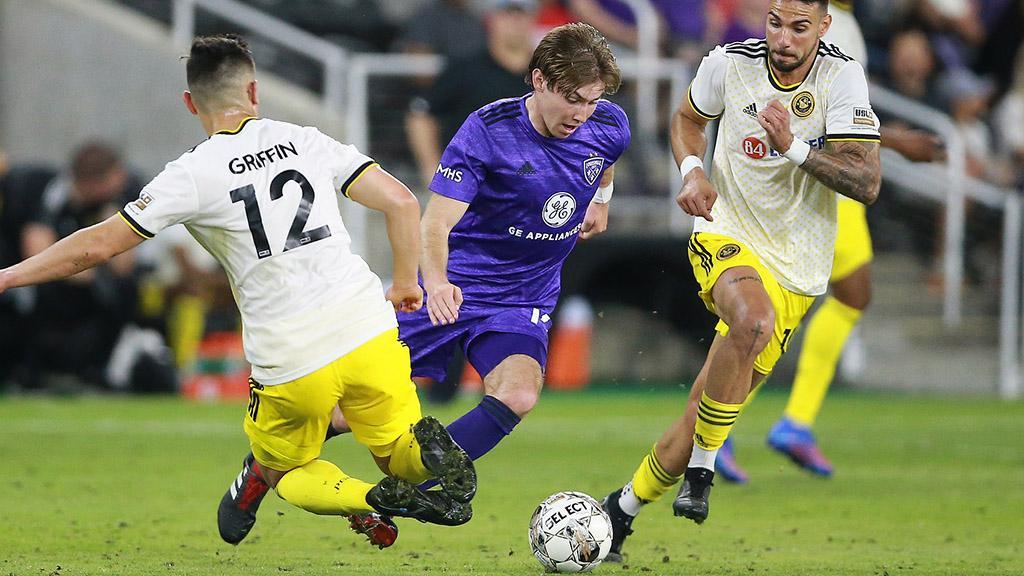 LOUISVILLE, Ky. – Louisville City FC and Pittsburgh Riverhounds SC will square off in the postseason for the third time as they meet on Saturday night in the Eastern Conference Semifinals of the 2022 USL Championship Playoffs presented by Hisense as the hosts begin their attempt to become the first team in Championship history to claim the league title on three occasions. Kickoff at Lynn Family Stadium is scheduled for 7:30 p.m. ET and the game will air on ESPN+.

No. 1-seed LouCity is coming off its best regular season in club history in which it finished on top of the Eastern Conference standings for the third time, recording 72 points – fourth-most in a regular season in league history – and claiming 22 victories while conceding only 28 goals in 34 games. That latter mark saw goalkeeper Kyle Morton claim the Championship’s Golden Glove with a 0.74 goals-against average, and the two-time Championship Goalkeeper of the Year finalist is expected to return to the lineup after sitting out the side’s 2-1 victory to close the regular season against Hartford Athletic. The victory was a third in a row for LouCity to close the season and was notable as Cameron Lancaster scored his first goal since returning from injury late in the season, bagging the game-winner from the penalty spot in stoppage time. Having defeated Pittsburgh twice previously in the postseason – including a 2-0 win that saw Lancaster and Corben Bone find the net when the teams met at Lynn Family Stadium in 2020 – the hosts will be eager to maintain the upper hand on their Pennsylvania rivals.

The No. 5-seed Hounds return to Louisville as the only lower seed to advance from the Eastern Conference Quarterfinals after an epic clash with Birmingham Legion FC on Sunday night at Protective Stadium that saw Pittsburgh advance in a penalty shootout that was decided after 10 rounds. Substitute Edward Kizza proved the hero for the Hounds as he scored twice to level the score both in regulation and extra time, with his 90th-minute finish to keep Pittsburgh’s season alive coming less than a minute after his introduction. Goalkeeper Jahmali Waite also played a key role for the visitors, making seven saves during regulation and extra time before making three saves in the shootout to set up Kizza to score the decisive goal in the 10th round, the second-longest shootout in Championship Playoffs history. After claiming victory in the opening game at Lynn Family Stadium history in July of 2020, however, the Hounds are winless in their last three games against LouCity, including a 2-0 defeat in April when they last visited.

62 – Louisville City FC scored 62 percent of its goals in the second half of games, with its 40 second-half goals during the regular season the most of any team in the Championship.

Louisville City FC – Amadou Dia: The veteran left back led LouCity with eight assists in the regular season and led all defenders with 13 Big Chances Created, making him a major two-way threat for the hosts.

Pittsburgh Riverhounds SC – Russell Cicerone: The Hounds’ leading scorer in the regular season didn’t record a shot and only notched one chance created against Birmingham and will likely need to contribute more in the final third for the visitors this outing.