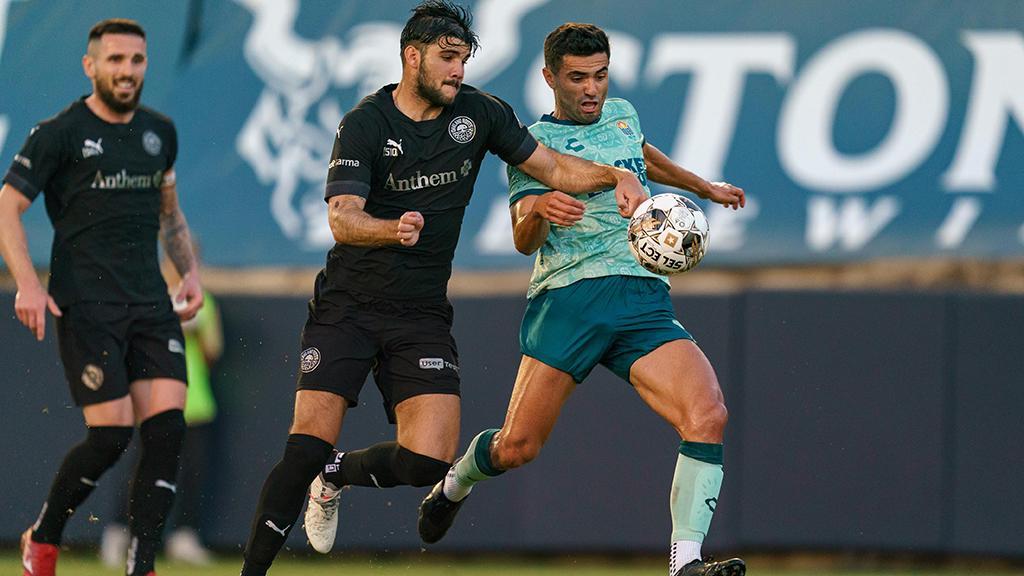 No. 2-seed SD Loyal enters its second consecutive postseason on the back of both its best campaign in club history but also a tough regular-season finale that may have served as a wake-up call before the postseason. San Diego logged club bests with 18 wins and 60 points in the regular season as new signing Kyle Vassell finished tied for 10th in the Championship with 14 goals during the regular season. The side also ranked second in the league with 68 goals, most in the Western Conference, to earn a first home playoff game at Torero Stadium. The side had challenges defensively, however, as it allowed 55 goals in the campaign, the most of any team to reach the postseason. The side ended the campaign with a 4-0 defeat to Sacramento Republic FC this past Saturday, a loss that ran its winless streak to three games, something Head Coach Landon Donovan and his squad will need to try and turn around if it’s to make a postseason run.

No. 7-seed Oakland Roots SC also fell in its final game of the season but finds itself in a familiar situation as the underdog looking to build on a strong late run to reach the Championship Playoffs for a second consecutive year. Roots SC’s 3-1 defeat to Pittsburgh Riverhounds SC ended a five-game undefeated run for the side (4-0-1) that proved enough to hold off Las Vegas Lights FC for the final postseason berth in the West as Icelandic striker Ottar Magnus Karlsson recorded 19 goals to finish tied for third in the race for the Championship’s Golden Boot. Oakland advanced in its Championship postseason debut last year with an upset of the No. 2 seed in the Western Conference a season ago when Jeremy Bokila scored the only goal, and Roots SC also took a 3-1 victory when it visited Torero Stadium on August 24 when goals by Juan Carlos Azocar, Emrah Klimenta and Edgardo Rito proved decisive.

31 – San Diego Loyal SC conceded 31 percent of its goals – 17 of 55 – in the final 15 minutes of games in the regular season, which contributed to the side dropping 22 points from winning positions in the campaign.

35 – Oakland Roots SC scored 35 percent of its goals – 18 of 51 – in the final 15 minutes of games in the regular season, the only 15-minute segment in which the side registered double-digit goals during the season.

San Diego Loyal SC – Alejandro Guido: The San Diego native has been a driving force in midfield for his side this season and can provide the quality in the final third that can make a difference for SD Loyal’s talented attacking corps.

Oakland Roots SC – Edgardo Rito: The Venezuelan has been a dynamic presence on the right side for Roots SC this season, recording five goals and seven assists, and could be a key outlet as the visitors look to spring another upset.