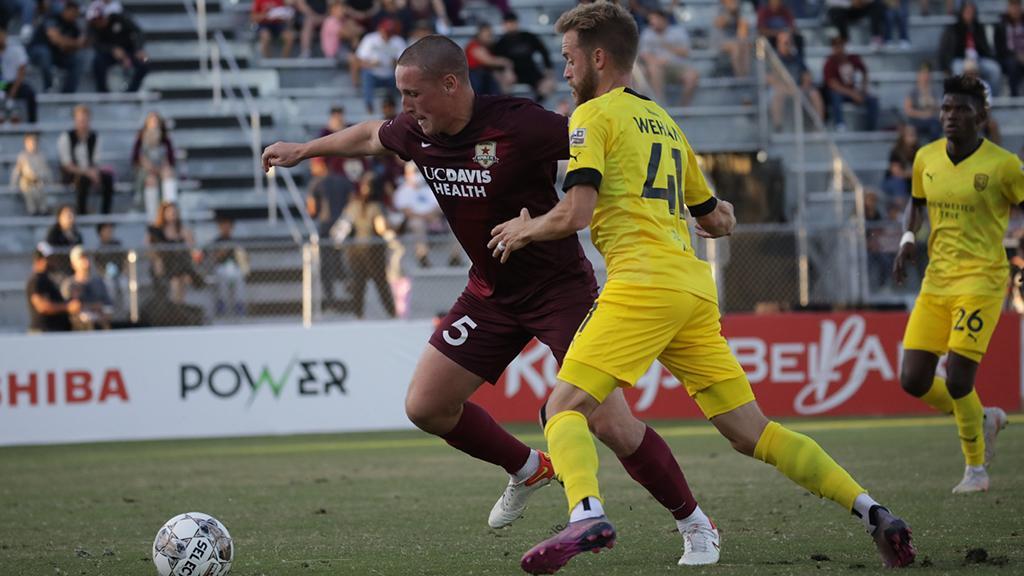 SACRAMENTO, Calif. – Sacramento Republic FC and New Mexico United are set to square off in the postseason for a second time in their histories with the hosts at Heart Health Park beginning what they hope will be the start of a run to a second league title in the Western Conference Quarterfinals of the 2022 USL Championship Playoffs presented by Hisense on Saturday night at 10 p.m. ET.

No. 4-seed Sacramento returns to the postseason for the eighth time in nine seasons aiming to emulate the success it had previously this season in the 2022 Lamar Hunt U.S. Open Cup, where it became the first lower-division side to reach the Final in 14 years before falling to Orlando City SC of Major League Soccer. Republic FC earned homefield advantage to open the playoffs with an emphatic 4-0 victory against San Diego Loyal SC this past Saturday which saw Rodrigo Lopez move into a tie for the team lead with seven goals this regular season before Keko and Matt LaGrassa added first-half goals. Sacramento has fallen only twice at home this season across all competitions and took a 2-1 victory when it squared off with New Mexico three years ago behind goals from Keven Aleman and Thomas Enevoldsen. After taking a 2-1 victory when the teams last met this season at Isotopes Park on August 3 behind goals from Keko and Douglas Martinez Jr., the hosts will be aiming for the start of another knockout run.

No. 5-seed New Mexico United finished only two points back of Sacramento in the West as it too makes a postseason return after missing out a campaign ago, with the club’s five-game undefeated run to close the season being capped by a 2-0 victory this past Saturday against Colorado Springs Switchbacks FC. NMU Academy product Cristian Nava and Daniel Bruce scored for United to earn a second consecutive win to close the campaign as United ended its season with a club single-season record 13 wins and 51 points under first-year Head Coach Zach Prince. New Mexico’s late upswing saw it overcome a downturn in midseason form, and the challenge for the side could be finding a consistent attacking threat this postseason. Central midfielder Justin Portillo led the side with eight goals in the regular season, seven of which came from the penalty spot, making New Mexico and Sacramento two of four postseason teams without a double-digit goalscorer entering the playoffs.

18 – Sacramento Republic FC gained 18 points from losing positions in the regular season, the most of any team in the Western Conference. That included five comeback victories, one of which came against New Mexico.

3 – New Mexico United scored three goals directly from free kicks in the 2022 regular season, tied for most in the Championship, with Chris Wehan scoring all three.

Sacramento Republic FC – Rodrigo Lopez: The 2014 Championship Final MVP has been a bellwether for Republic FC this season – in regular season games in which Lopez either recorded a goal or assist, Republic FC went 9-0-3.