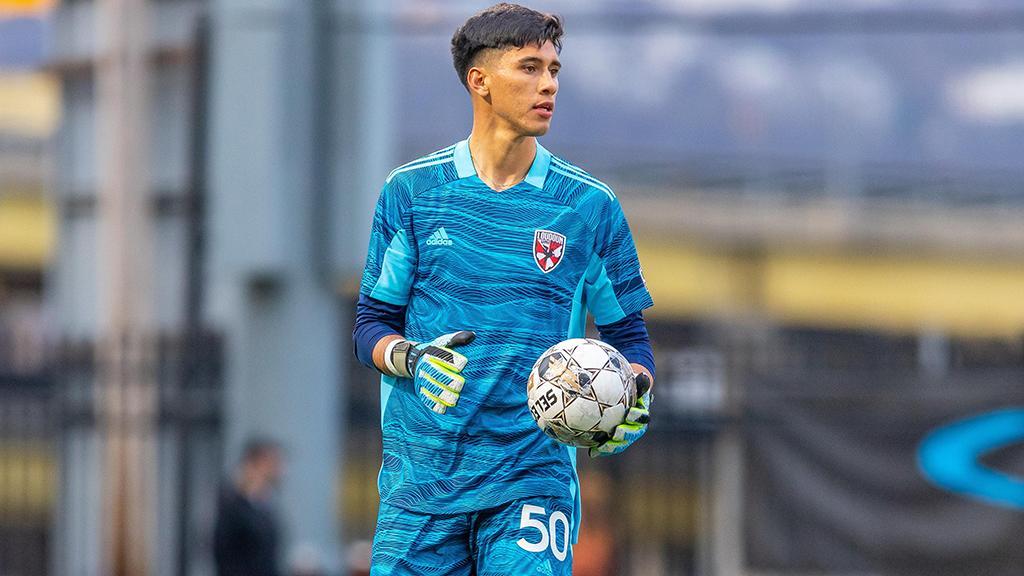 Zamudio signed with Loudoun United prior to the start of the 2022 USL Championship season and made his debut for the club on March 12 in a 1-0 victory over Indy Eleven. The Las Vegas native started 27 matches and recorded seven shutouts for the Red-and-White. He ranked second in the USL Championship with 105 saves on the season while posting a Goals-minus-Expected Goal mark of -2.32, ranking 12th in the league.

“Luis has fully deserved this MLS contract after some excellent performances for Loudoun this year,” said Stewart Mairs, Loudoun United General Manager. “He has made real progress and we’re proud of him for making this jump up to the D.C. United first team.”

The 24-year-old goalkeeper started his career in the youth academy of Liga MX’s Club America, where he spent four seasons. He subsequently signed with North Texas SC of USL League One ahead of the 2020 season and made 13 appearances across two seasons in League One between North Texas in 2020 and Fort Lauderdale CF in 2021.

“Luis has trained regularly with our first team goalkeepers this season and has impressed the staff hugely with his ability, attitude and application,” said Lucy Rushton, D.C. United General Manager. “We are excited to see his continued development under [Head of Goalkeeping] Diego Restrepo and think he will be a great addition to our roster in the 2023 season.”