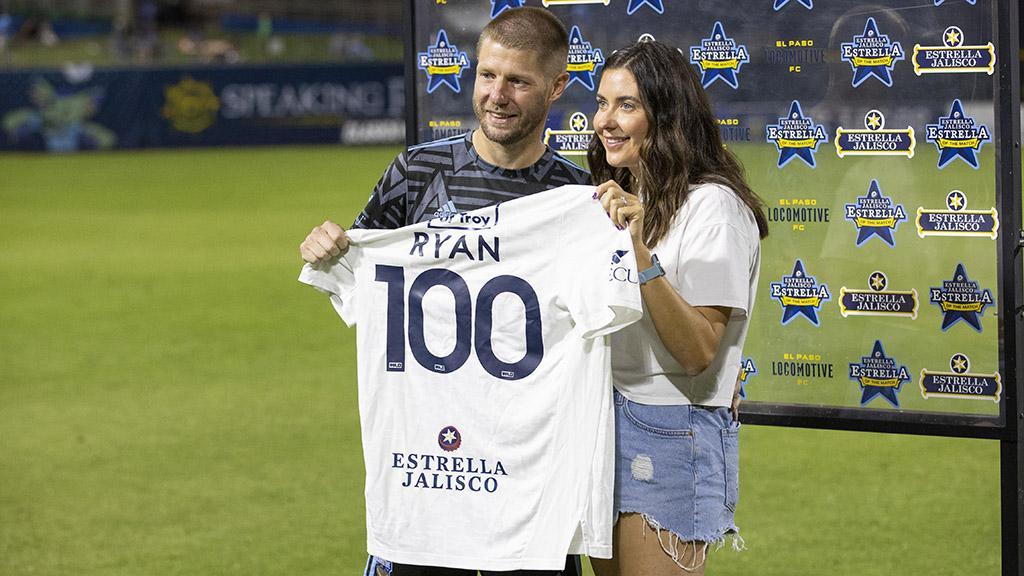 EL PASO, Texas – El Paso Locomotive FC midfielder Richie Ryan announced his retirement from the professional game on Friday after four seasons with the USL Championship club that capped a stellar career on both sides of the Atlantic Ocean.

The Irish veteran was a member of Locomotive FC’s inaugural 2019 team and provided much needed experience and leadership during his time with El Paso, helping lift the club to back-to-back Western Conference Final appearances in 2019 and 2020.

Ryan has amassed a legendary professional career that spanned more than 19 years. He made his professional debut with Sunderland in the Premier League in the 2002-2003 season. After an 11-year career in Europe, playing in the first division in Ireland, Scotland, and Belgium, Ryan moved to North America and joined Ottawa Fury FC for the 2014 season and helped the side reach the 2015 Soccer Bowl before falling to the New York Cosmos. Ryan also competed for both Jacksonville Armada FC and Miami FC before joining FC Cincinnati in the 2018 season, where he played a key role in what was a record-setting season in the USL Championship that saw the side set a current record of 23 games undefeated in the regular season.

With El Paso, Ryan made 105 appearances across the Championship’s regular season and playoffs, recording 7,868 minutes of action while recording two assists and 91 chances created from his typical deep-lying midfield role. He served as a mentor and leader to his teammates and used his experience to elevate the players around him, and helped Locomotive FC claim the 2021 Copa Tejas.