TAMPA, Fla. – The USL Championship announced the Team of the Week for Week 31 of the 2022 regular season on Tuesday, with Colorado Springs Switchbacks FC forward Michee Ngalina voted the Championship Player of the Week presented by Konami eFootball.

Ngalina scored the first hat trick of his USL Championship career in a 4-1 road victory over El Paso Locomotive FC last week as Switchbacks FC secured the No. 3 seed in the Western Conference. 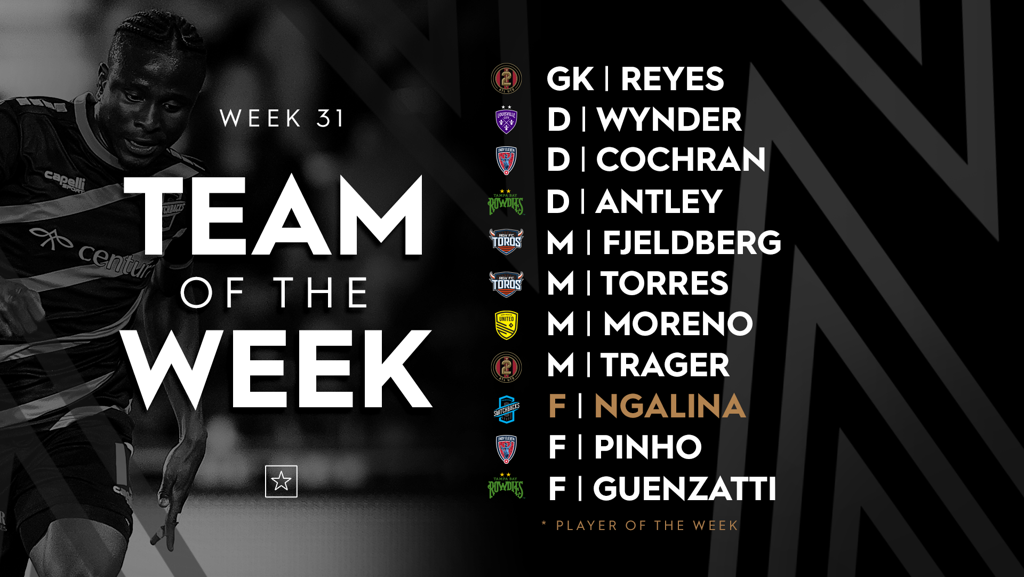 GK – Vicente Reyes, Atlanta United 2: Reyes put in a stellar performance for Atlanta, making 10 saves as Atlanta beat LA Galaxy II 3-1 away from home. This was the third time this season Reyes has posted 10 saves in a match.

D – AJ Cochran, Indy Eleven: Cochran scored a goal and put in a great defensive performance in a 4-1 win over the Charleston Battery, tallying six clearances, four interceptions, and two tackles while winning 80 percent of his duels.

M – Jonas Fjeldberg, Rio Grande Valley FC: Fjeldberg helped the Toros pick up four points this week with a 2-2 draw in Memphis and a 2-1 win over Phoenix. Fjeldberg scored twice and created two chances in the victory.

M – Juan Torres, Rio Grande Valley FC: Torres scored once and created a chance in the draw with Memphis and then made two assists in the victory over Phoenix.

M – Amando Moreno, New Mexico United: Moreno drew the penalty for New Mexico’s first goal and then scored the other two himself in a 3-3 draw with San Diego Loyal SC.

F – Stefano Pinho, Indy Eleven: Pinho scored twice from five shots as Indy rolled to a 4-1 win over the Battery.